1) Observant rock climbers on a rocky island off Australia found a species that was thought to be extinct. Now bred in captivity, they're about to be released back into their native environment to re-populate it. Without those climbers, they would've remained confined to that one rock and probably died out. (There were only *30* of them.) More here. No, it's not cute, but it makes a point. A trail ultra also saved a part of a national forest in Wyoming from development. You can make this stuff count!

2) For hashers: research on the effect of drinking alcohol on exercise. Limited results suggest that it improves women's performance and decreases men's, but these are to be taken with a big grain of salt so far (and some peanuts too). Note that personal experience with drinking and running shows that muscle soreness is not the result of lactic acid build-up; it's the result of micro-trauma to muscle tissue. If it were lactic acid, alcohol would make you (i.e., me) much sorer, and it does not. Further (frustrating) personal experience is that this hooey is still being taught in American medical schools.

3) Went for a four-hour (no idea about mileage) on Mt. Tam and around Phoenix Lake, Lagunitas, Bon Tempe and Alpine. When I lived up here before I didn't spend nearly enough time running on the Marin reservoir district trails and I'm fixing that now. I wish I could bottle the smell of mixed oak and redwood forest, there's nothing like it. Didn't see much wildlife, although on one board there wa a report of a bald eagle - which I was sure I saw before, but other visitors were quick to tell me it was an osprey. (I've seen both before and know what they look like, thank you. Now I feel vindicated.) 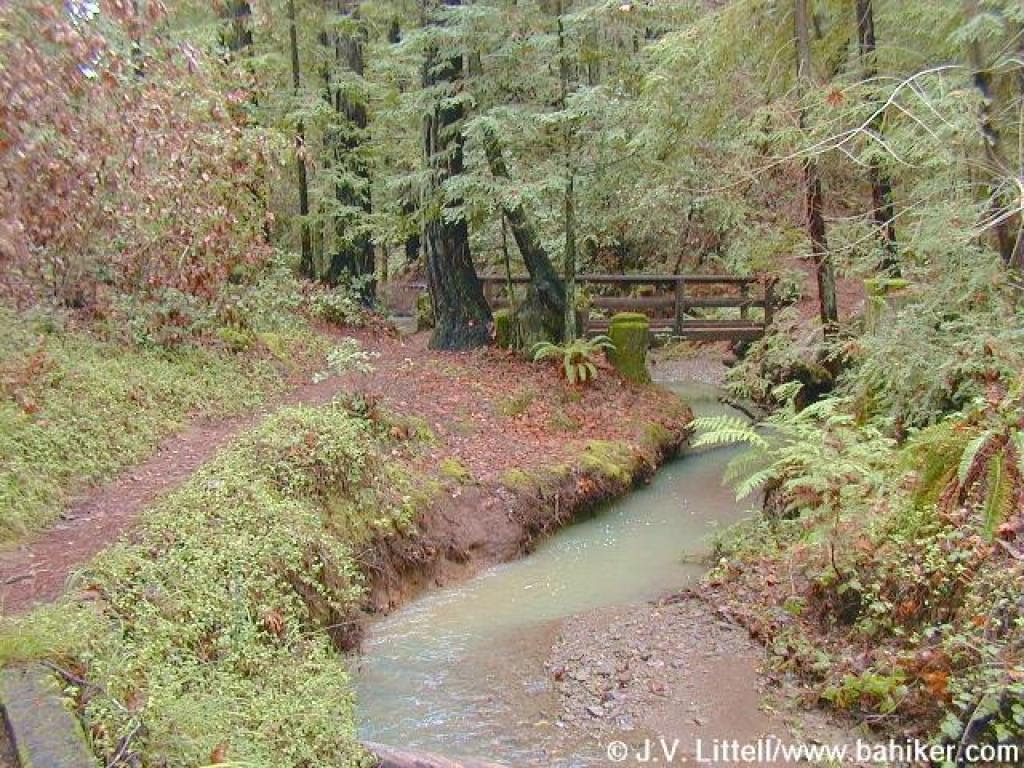 4) Latest random cool-looking part of my own country that I never heard of before, also latest evidence I spend too much time on Google Maps: the wooded Tug Hill plateau in upstate New York, west of the Adirondacks and famous for their heavy snowstorms. There are fewer Panoramino photos in there than some other pretty untouched places. Did we ever really colonize that part of the state? Reminds me of how white settlers didn't find the Grand Canyon of Pennsylvania until well after the revolution ended.

The Pine Creek Gorge (the Grand Canyon of Pennsylvania) was only discovered after a rumor of large quantities of naturally-occurring scrapple prompted a well-funded prospecting expedition.

And screw the notion of ever again attempting making a comment via blogger. The captcha mechanism does not work via Firefox.

The playing out of the scrapple mines in northeast PA was really a tragic story. The economy never recovered, although blood lipid numbers have never looked better.

I'm thinking of turning off moderation, which may get rid of Captcha. On one hand people like their comments appearing quickly but then there's spam.