From Jane Huber/bahiker
After I finished up at the hospital yesterday I got up in them thar hills on the Peninsula, specifically El Corte de Madera Preserve. Originally I wanted to do Purisima but realized I hadn't spent much time in El C of M, and got the redwoods and forest and dark dirt trails that I needed. The run was an awesome combination of Methuselah, Giant Salamandar, Fir, and then some others that I don't remember. That Fir Trail has some nice little steep jaunts! I wish I could inhale that redwood-and-soil smell and never exhale it. But anyway, I bit off more than I could chew and it got dark on me while I was out there, and a nice ranger was waiting for me at the trailhead when I came back out onto Skyline near Skeggs Point. (Not sarcastic. She actually was very nice.) While I certainly do not recommend breaking park rules, I have to say getting that wind and fresh air and chlorophyll up there was absolutely worth it and the difference it made inside my skull was profound. It's great to be back in the Bay.

Practical point to park users: Skeggs Point (the little parking area on the east side of Skyline along the park) is a Caltrans lot so you can park there at any time, unlike the preserves' parking areas. But the rangers may assume (as they did in my case, correctly) that your car being there after dark means you're still out on the trail.
Posted by Michael Caton at 9/26/2013 11:49:00 AM No comments:

1998 may finally have been the year my fate was sealed as a future Californian. It had been an El Niño year, so there was snow well into May in the Angeles. And on the same trip I ended up in SLO County - driving was faster than flying - and this Pennsylvania boy had never seen anything like the Pismo Dunes or Montana de Oro. The picture of Montana de Oro looks like a matte painting and the effect was not any different in person. Don't miss the critter crossing the path in that shot. 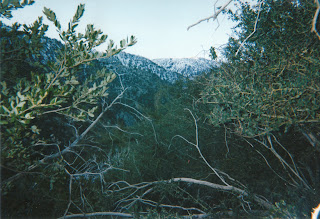 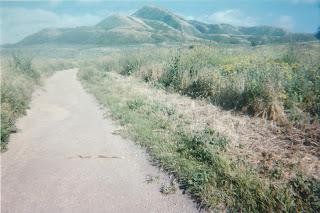 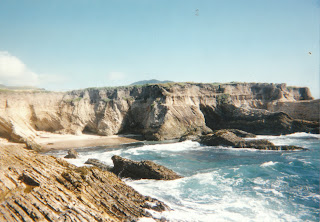 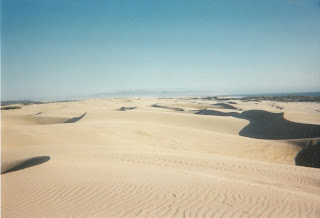 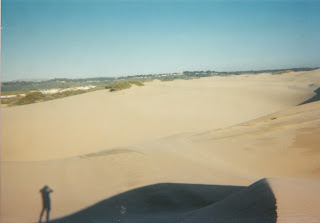 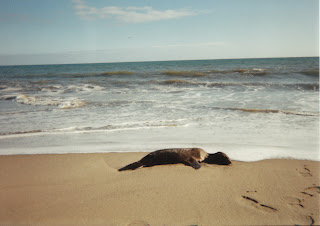 When I ran across this sad fellow on the beach in Malibu some years ago, for some reason I had the urge to drape a melting clock over him. I know it's a bit of a stretch but it reminded me quite strongly of Persistence. My taste in art can be morbid and for that I do apologize. 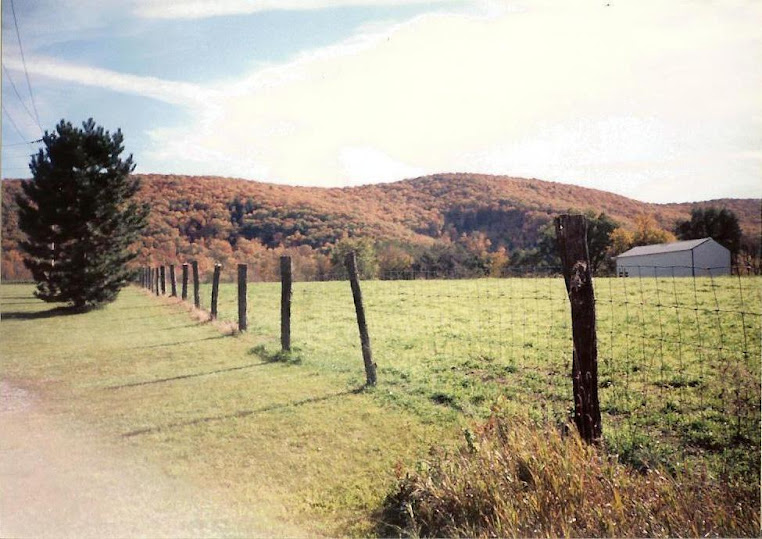 These pictures were taken in State College and Cumru Township, Pennsylvania in the autumns of 1994 through 1996. There's no contest - this is the Pennsylvania season I miss most. Nothing beats running along country back roads in crisp air. 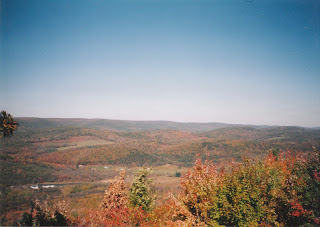 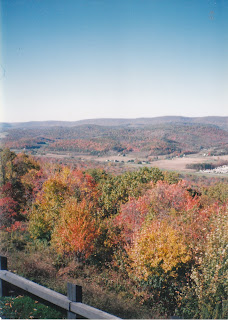 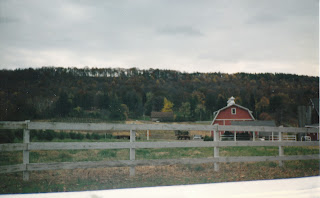 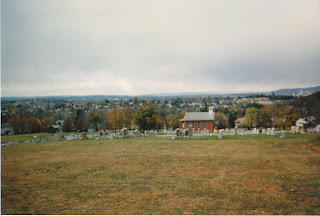 I'm scanning in photos and here are some of Jekyll Island. Georgia's coastline is pretty deserted, undeservedly so. That said, you can't really swim in the freshwater around there, as these pictures will make clear. Do be advised that your blogger was young and stupid (even stupider than now) in the pictures where I'm tempting fate. 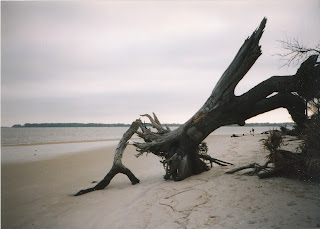 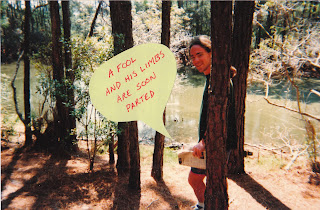 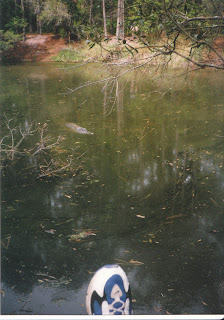 I think a better thought bubble could have been put on this picture. "Wait...is this guy stupid? This is too easy, something's wrong. I'm not going for this. This one must be diseased or something." 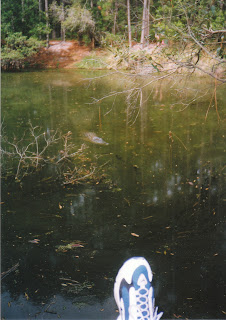 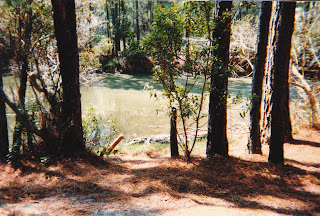 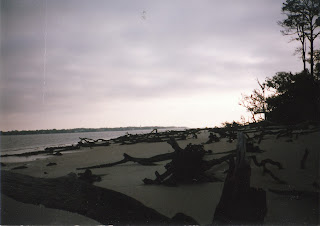 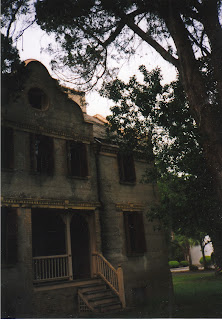 Fires of any kind, even from a gas-powered camp stove, should be made illegal in California's forests from April through October.

The investigation now says it was not caused by a grow operation, but rather a hunter who let a campfire get out of control. So this raises the question again: why do we allow campfires (or any flame) AT ALL in California forests during the summer? This is the biggest fire in the history of California, all so someone didn't have to endure the soul-crushing inconvenience of eating pre-made, uncooked food. From now on, take some Power Bars and leave our remaining forests intact.

It's also been announced that no charges will be pressed against the person that started the fire. There's no point calling for revenge and this seems to have been an honest mistake (although a really stupid one), but shouldn't there be a deterrent? This one individual certainly couldn't pay for the whole firefighting operation, but a severe penalty in cases of carelessness would make people think twice. And if no fire is allowed period, there's no room for interpretation.

Fires of any kind, even from a gas-powered camp stove, should be made illegal in California's forests from April through October.
Posted by Michael Caton at 9/06/2013 01:50:00 AM No comments:

Yosemite Rim Fire May Have Been Caused by Marijuana Growers

It's not news that national forests in California are damaged by grow operations and this is the highest cost we've paid yet. If we legalize, these go away overnight. As do the profits of the cartels in Mexico.
Posted by Michael Caton at 9/01/2013 01:38:00 PM No comments: