1) Registered for the Oakland Running Festival? Several races on 25 March, check it out here.

2) I finally went and saw my albino redwood, in Henry Cowell State Park in the Santa Cruz Mountains. The albinism is of course the result of a low or near-zero cholorplast count, which means the trees only survive by getting nutrients from the root systems of their non-albino clone brethren. They still can't grow very tall. Interestingly, unlike the "solid" albino below, the one I saw at Henry Cowell had albino branches, or even some branches that weren't all albino, and even some twigs where not all the needles on the same twig were albino! This being the case, I was trying to be a tree pathologist and diagnose the process going on in the plant to produce this non-continuous pattern. It seems more likely that all parts of the plant had chloroplasts as they were growing, but that early in the growth of the branches they die for some reason. Cytoskeleton problem maybe?

3) Ventana Wilderness, where the southernmost redwoods are, remains outstanding. I decided to play a game and see if there were flowers of every color of the rainbow on the exposed parts of the trail, and "won" in the first mile (plus some nice big white-purple daturas and some pink I don't even know, but the shore was purty.) In this dry winter, it's drawn crowds like I've never seen, particarly on Pine Ridge Trail on the way to Sykes Hot Springs. This is partly owing to morons like me who go around shouting how awesome Ventana is. But once you go there you really can't help it. 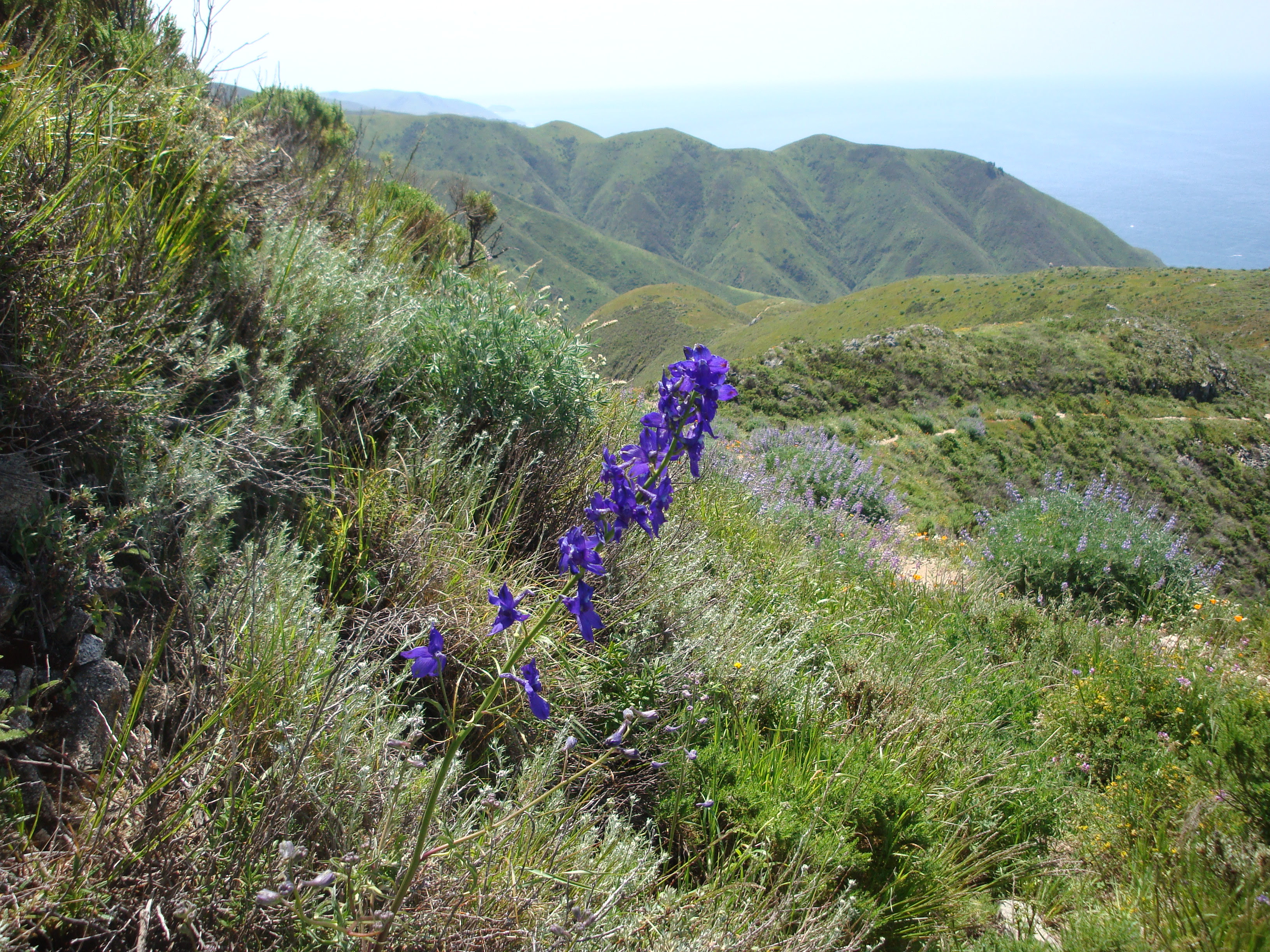 One of those exposed sections of Pine Ridge. From xasauantoday.

4) Instead of trying to grow redwoods from seed, I brought back a branch (one that had already been broken off a tree and was laying on the trail) to see if I can clone one that way.

5) Over 50% done putting together clickable maps for Nobody Hikes in LA. Driving through Whittier or Irvine and want to know where to find a trail? This is for you! Note: as I write this post, all the hikes are not yet included on here since I'm not finished, although by the time you read this post they may be.