Firsthand Encounter With a Grow Operation

Another blogger posts his experience with a grow operation, ruining Los Padres National Forest. These introduce invasives, cause erosion, reroute scarce water and dramatically increase fire danger, not to mention personal danger from growers who may be carrying weapons. This has been a problem everywhere but particularly in Los Padres, as you can read here.

Why is this going on? Because we've created a black market. When you can grow and buy it legally, like you now can in Colorado and Washington (where civilization is still chugging along just fine), there's no incentive to do wilderness-damaging stuff like this.

Next time legalization is on the ballot...here's yet another reason to vote Yes. Conservation. Take these guys' market away from them.
Posted by Michael Caton at 3/22/2014 01:58:00 AM No comments: 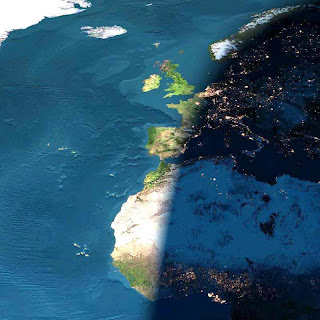 A stupid thing I've often wondered about is how much extra time I get based on both east-west differences and north-south differences sensitive to the seasons. This is because often, I find myself descending some trail in the failing crepuscular light, as a result of my failing to plan (and failing to bring a headlamp). "The sun has been setting around X at my house in Hillcrest," I say, "but I'm 10 miles west of there! Surely that shall give me a few more moments of illumination and the sun will set at X plus 90 seconds. Thus am I saved!" By symmetry arguments, trail-running vampires who want to get back to the trailhead before dawn should keep reading.

You should be thankful that my deviance is turned mostly to harmless pursuits.

So: comparing between the very southeasternmost corner of San Diego County just south of the Desert View Tower, and the northwesternmost part just north of San Onofre, there is a 6 to 8 minute difference between sunsets, depending on the time of year. On the first day of summer it's 8 minutes; on the first day of winter it's 6 minutes. The reason I'm not just saying eastern- and westernmost is the north-south difference actually makes a difference of about 120 more seconds at the solstices. So 6 of that 6 to 8 minutes is entirely longitude; i.e., entirely just the time it takes the Earth to turn the width of San Diego County.

Now move along and go about your business. 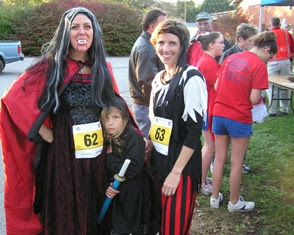