Since you're reading about long-distance running projects, I am morally obligated to include some sort of media, typically a lonely desert road. But this is better.
Lest you think me a hypocrite, I (sensibly) only ran across California and around the Bay, which is quite reasonable, but again I bring you knuckleheads who really take this thing to far. Some people!

This fellow is raising money for spinal injury research, started in Maine aiming for San Diego, and is already just about in Flagstaff. Now, I should point out that this is in fact an Englishman besmirching our fair land with such efforts. What nefarious motivations might he hold in his dark British heart? Surveillance to try to take back the colonies? Some sort of condescending anthropology expedition? Either way, one thing is certain: the English are much like coyotes, in that when seen from a distance they seem harmless but as soon as they vocalize, you can feel viscerally that something is quite worrisome about them.

Yeah, and here's another numbskull, this one apparently homegrown. This speedy bastard ran from San Francisco to New York in 6 weeks. As if that wasn't bad enough, two months ago he started running from Alaska to Key West, and as I write he's already in Orlando! I mean come on.
Posted by Michael Caton at 10/29/2018 11:10:00 AM No comments:

For Pennsylvanians: Paterno's Record vs Engle and Franklin

November 2011 felt very much like Pennsylvania's own 9/11, especially to someone for whom Penn State was the closest thing to a religion that they were raised with. Nowadays my relationship to PSU football is like a lapsed Catholic. Sure I don't really follow the season or know the players, but I go once a year and went to the Rose Bowl two years ago - like a Christmas-and-Easter Christian I guess. And just like a Christmas-and-Easter Christian, don't you dare tell me I'm not really a fan! I just follow Penn State in my own way. In my heart!

You can't bring up Paterno without addressing the Sandusky scandal, or make people wonder why you're not addressing the Sandusky scandal. That's completely appropriate. This is a game - a game, like dodgeball - and kids' lives are infinitely more important than guys running around with a ball. Fair enough. Joe knew, and he could've been a hero by immediately going to the police, but he thought that an entertainment group (which is what all sports teams are, period, end of discussion) had an internal moral system that was more important than criminal justice. If there were another school sports team, and one of the assistant coaches was molesting kids, and the head coach not only knew about it but actively discouraged efforts to take it to the police - would you want your kid playing on that coach's team?

Without further ado: as I implied, Paterno is deified as a coach. Is he really that much greater than anyone else? Let's look at the numbers (and by the way, I expect some people to get irrationally upset that I'm daring to do something so brazen as to actually evaluate a coach's performance by numbers - much like religious people don't want the history of their holy text scrutinized too much. "It's just true! Now stop it and don't worry so much about how it was written!") To be honest, part of my motivation here is that I like Franklin - for one thing, instead of Joe's arrogant "I won't run up the score" position, Franklin realizes that his job is to increase Penn State's ranking, and that means run up the score when possible, given the (stupid) college ranking system. I always thought Paterno's take was selfish more than principled, and it certainly cost Penn State ranking spots and revenues (I may write a post about this later), which tends to be what pro-athletics people use to justify the distracting influence of football programs on the colleges that host them. Also, Franklin once coached at good old Kutztown University in old Berks County!

[1] Note, "longest win streak" means longest streak of winning seasons. A season has to have more wins than losses to be a winning season.

[2] Since # of bowls has increased without a concomitant increase in # of teams, if the team remains the same, it would get higher as time goes on. Case in point, in 2014 PSU won the Pinstripe Bowl but was still un-ranked!

[3] I don't know if there are historical rankings beyond the top 25, which would give a more accurate picture (and I could just use that to give a picture of team quality instead of this and the previous category.) Though I don't calculate it here because it would take a lot longer to round up the data, a better measure might be start-to-end-of-season improvement in rank, beating expectations. This is unlikely for legacy teams with big media markets (think Notre Dame and Penn State) for cynical business reasons. Legacy teams tend to be consistently over-ranked in the preseason and under-perform during the season, ending up lower; for new hotshots in small markets it's the obvious (think Boise State or TCU.) This is the way the NCAA underhandedly seeds the bowls in order to maximize revenues. Since we're only dealing with one team this may not have any effect here, or rather, it only will to the extent that the rating powers-that-be are changing their opinion over time about how much they want PSU in a bowl, and/or the extent to which they're using this technique.


So what does this show? Paterno does have the highest win rate, but a lower % of winning seasons. That suggests that under Paterno, when Penn State was good, they were great, but when they sucked, they really sucked. (Specifically, they sucked in the 21st century, but more on this in a bit.) But the statistical fallacy is that there is more noise in Paterno's history because his tenure was so much longer than Franklin's so far. Franklin gets to more bowls (see footnote #1) but does worse in them.

Taking out the win streak because it's so heavily dependent on tenure, in these categories, Engle wins for % of bowl games he won, Paterno wins on win % and % of seasons ending up in the AP rankings, and Franklin wins on % of winning seasons, % of bowl seasons, and final AP when ranked. That is to say, Paterno was in the ranked teams list a little more often than Franklin at the end of the seasons, but ranked lower.

What does it look like when we compare the first four seasons of all three coaches - that is, when Engle and Paterno were in Franklin's position near the start of their careers, how did they look?

Paterno got off to a strong start, again with high win percentage - that doesn't go away. Franklin spreads the wins out more and is more consistent season to season. It's worth noting that Paterno wasn't taking over a still-shocked program that had trouble recruiting. 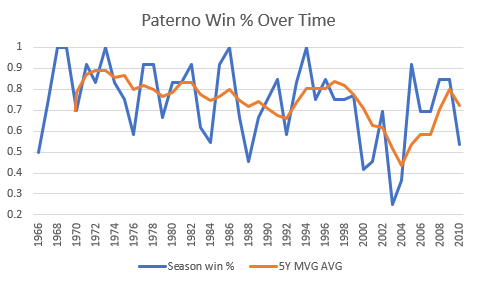 It might seem a little mean to pile on a coach after he's gone, when there was no shortage of people in the aughts saying that Joe should retire (and it looks like they were right, for more reasons than they knew.) But Penn State continued its rabid fanbase, and does so even now after the scandal. (Here's the reason why people stick with unpopular or losing teams.)

Future possible project: analyze rankings movements during Paterno's career based on margins, and if there is some estimate of how many points off the margin you lose by putting in (second string, third string, etc.), and you correlate end-of-season rankings with revenues, you can actually calculate how much money you cost a university by refusing to run up the score.
Posted by Michael Caton at 10/28/2018 09:41:00 PM No comments:

October on the North Fork of the American River

For those not in the area, this is the Sierra Foothills near Sacramento and the Central Valley, which is much awesomer than is commonly appreciated. 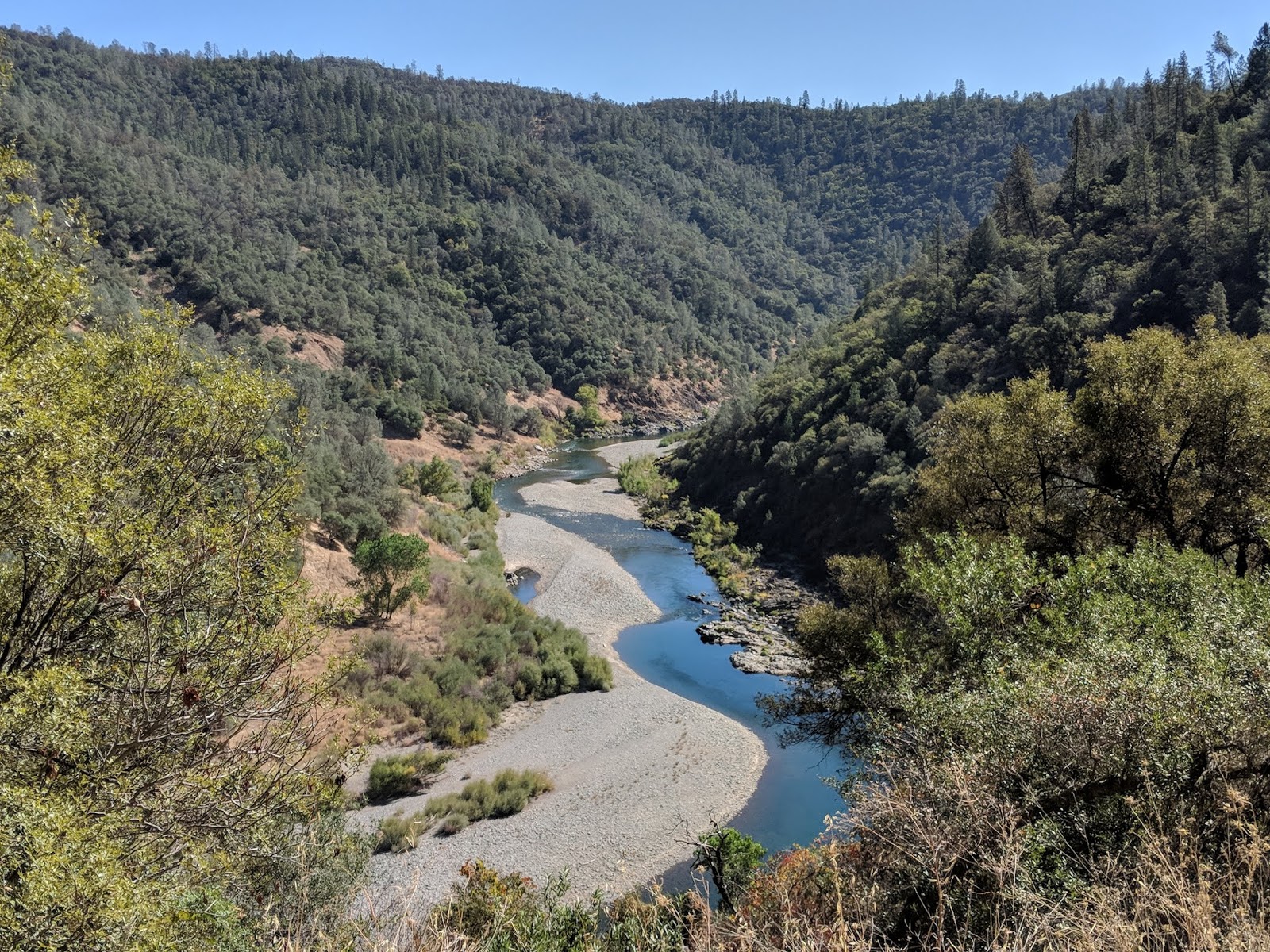 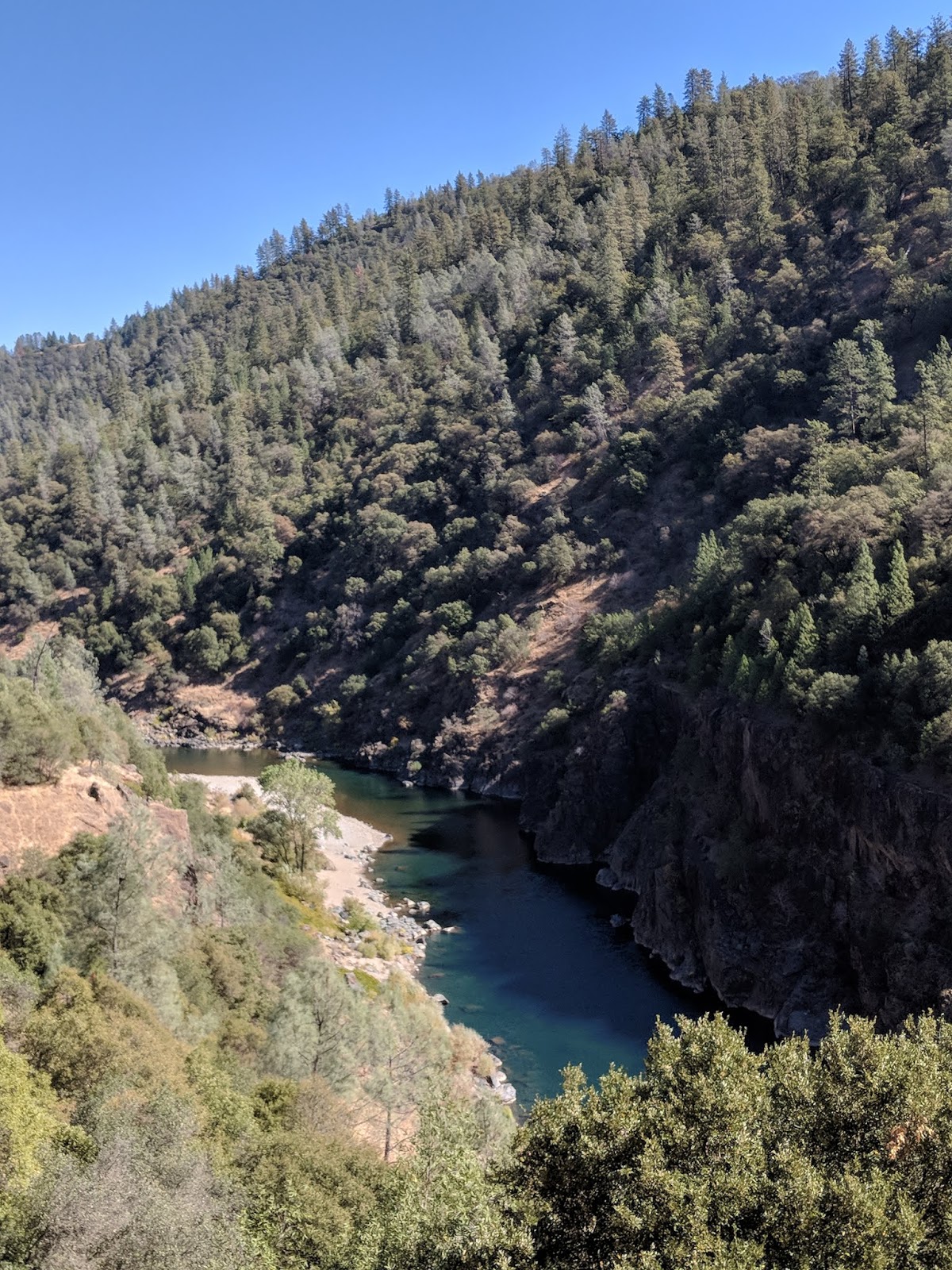 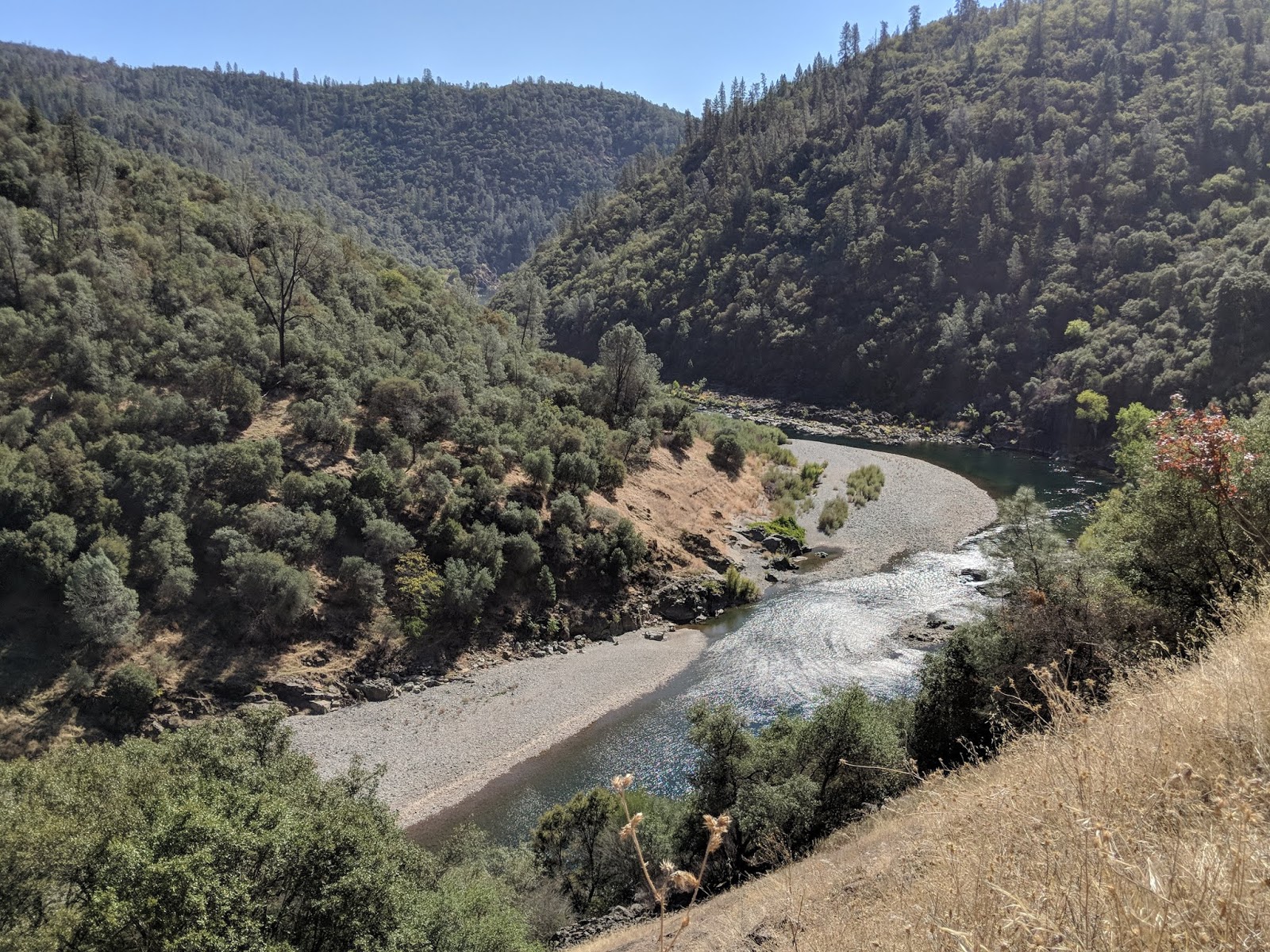 It was a fantastic day on the trails around Auburn, near the Western States Trail. We've had only one sprinkle so far and there isn't another due for over a week, but there's actually a fair bit of bright green gross poking up through the straw. The smell of the dust and vegetation is unmistakable on a warm Northern California fall day like this. I met a California king snake enjoying the days well, whose flicking black tongue was tasting the same smells. 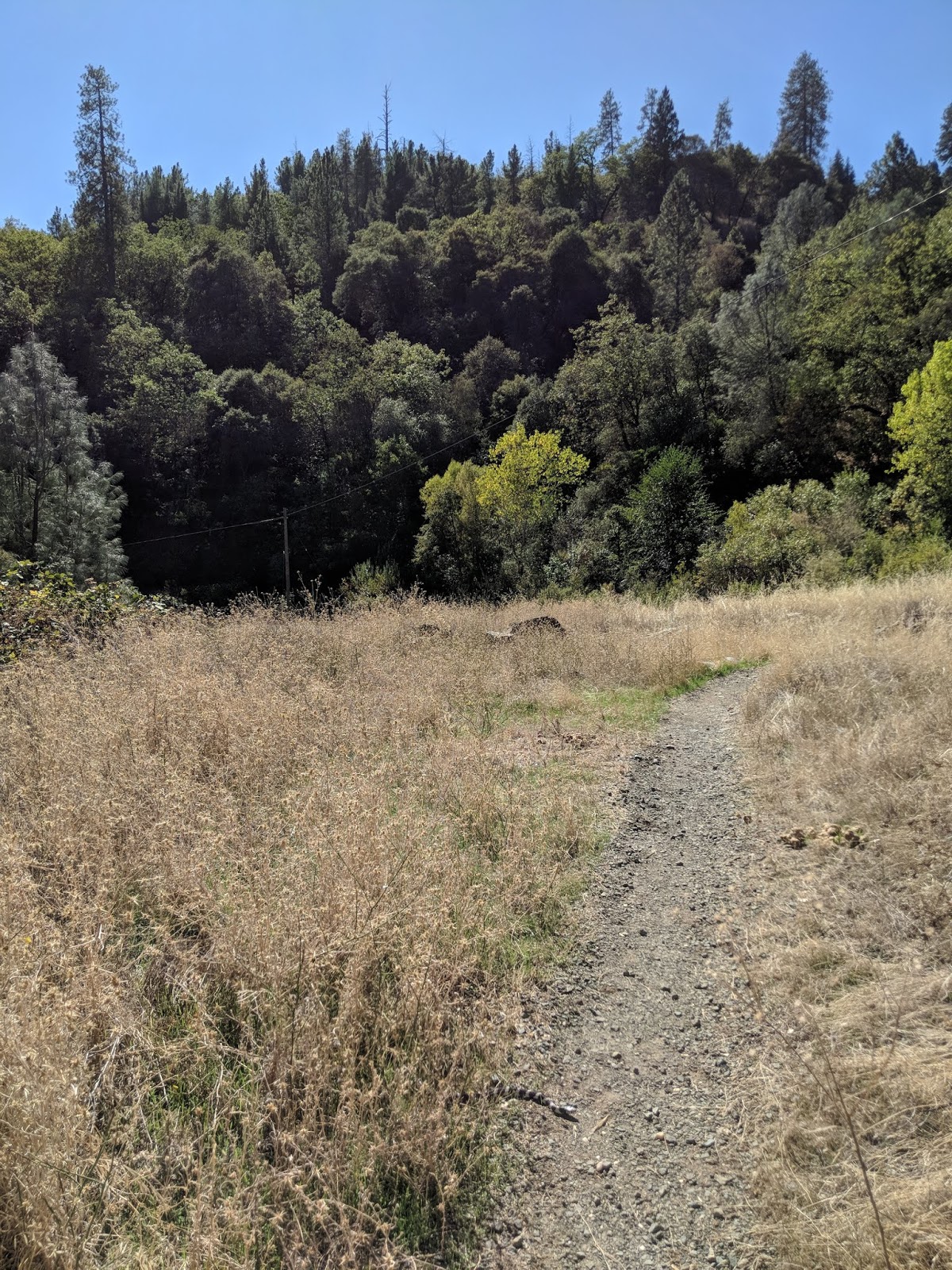 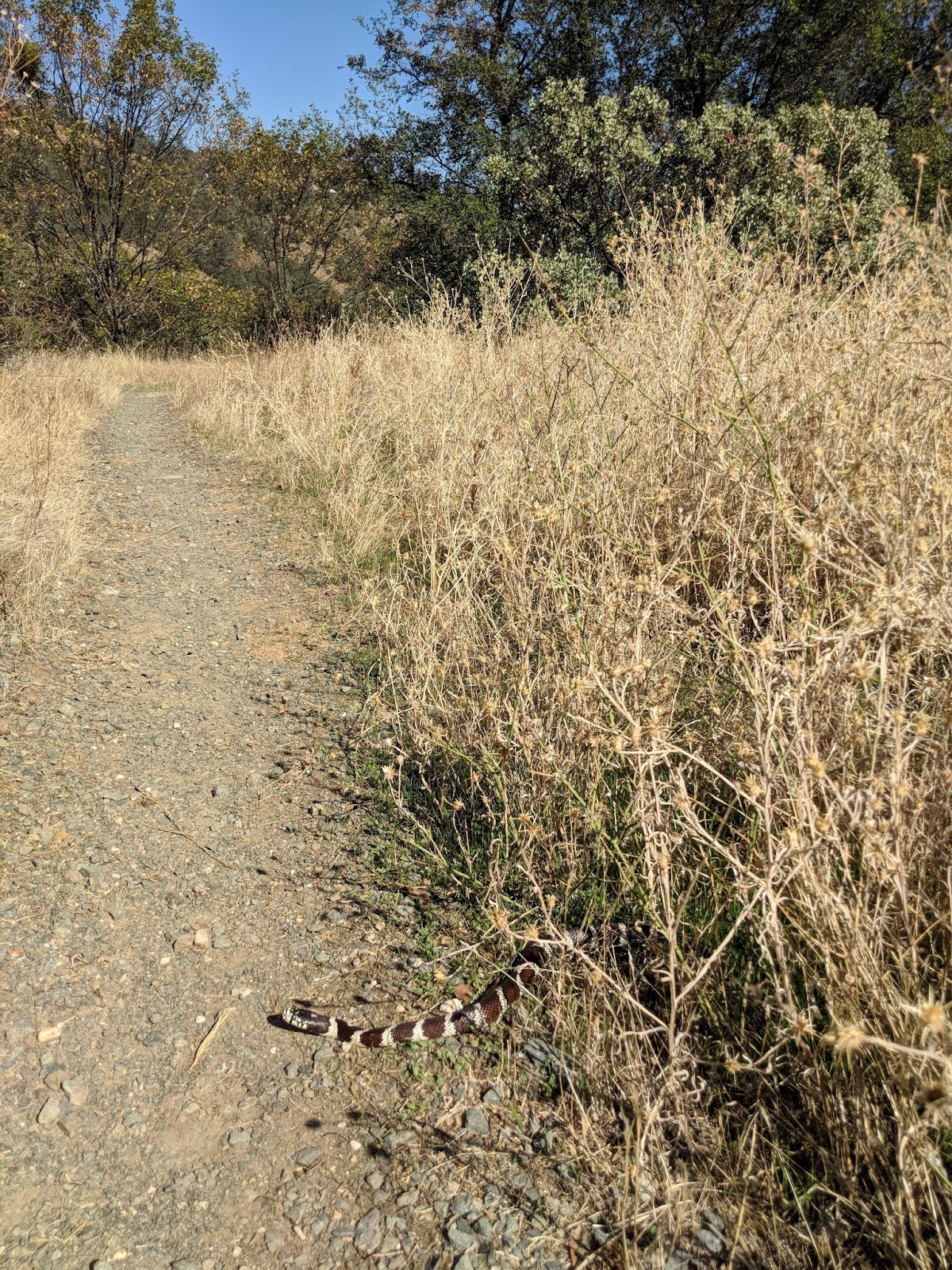 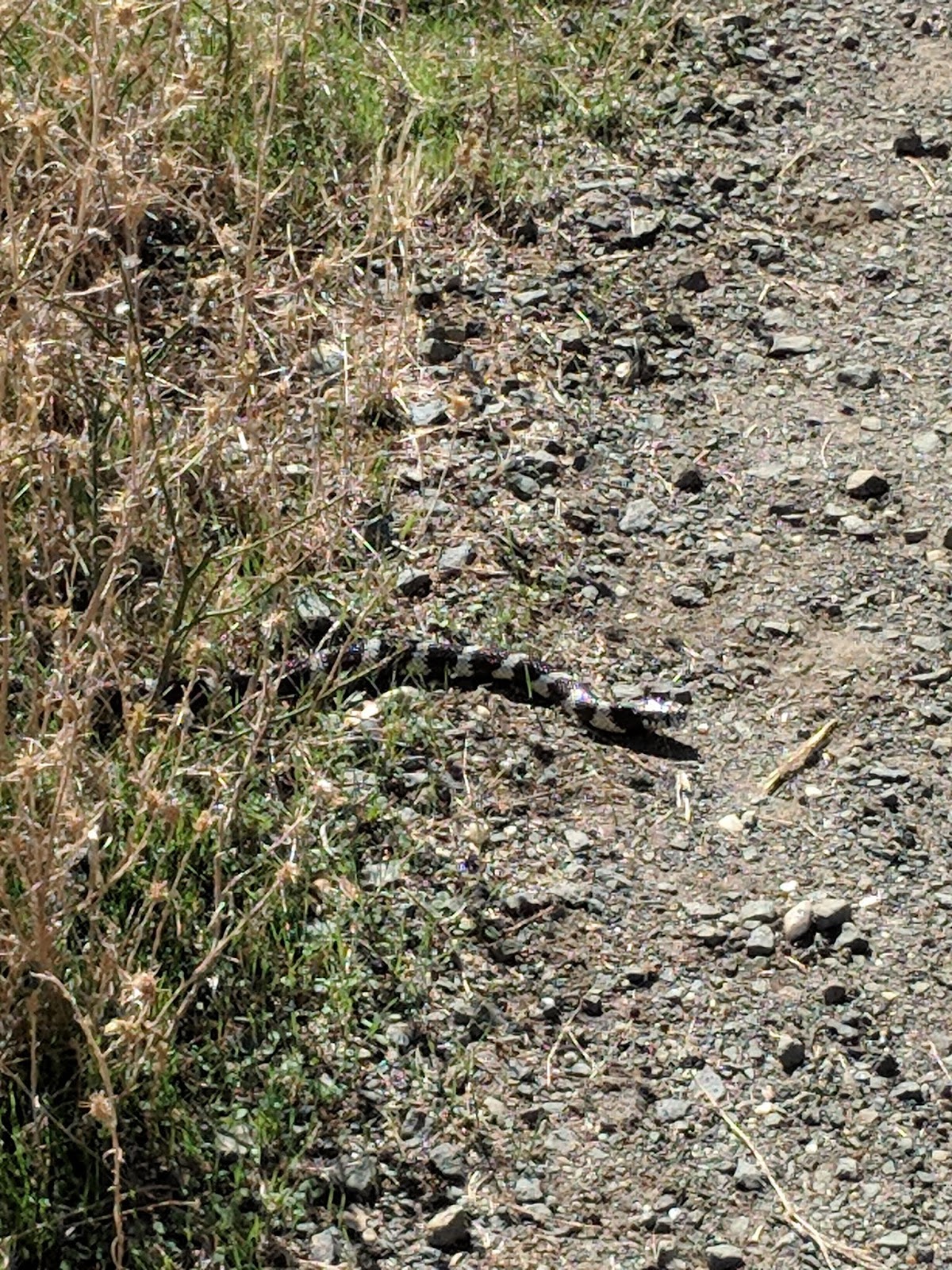 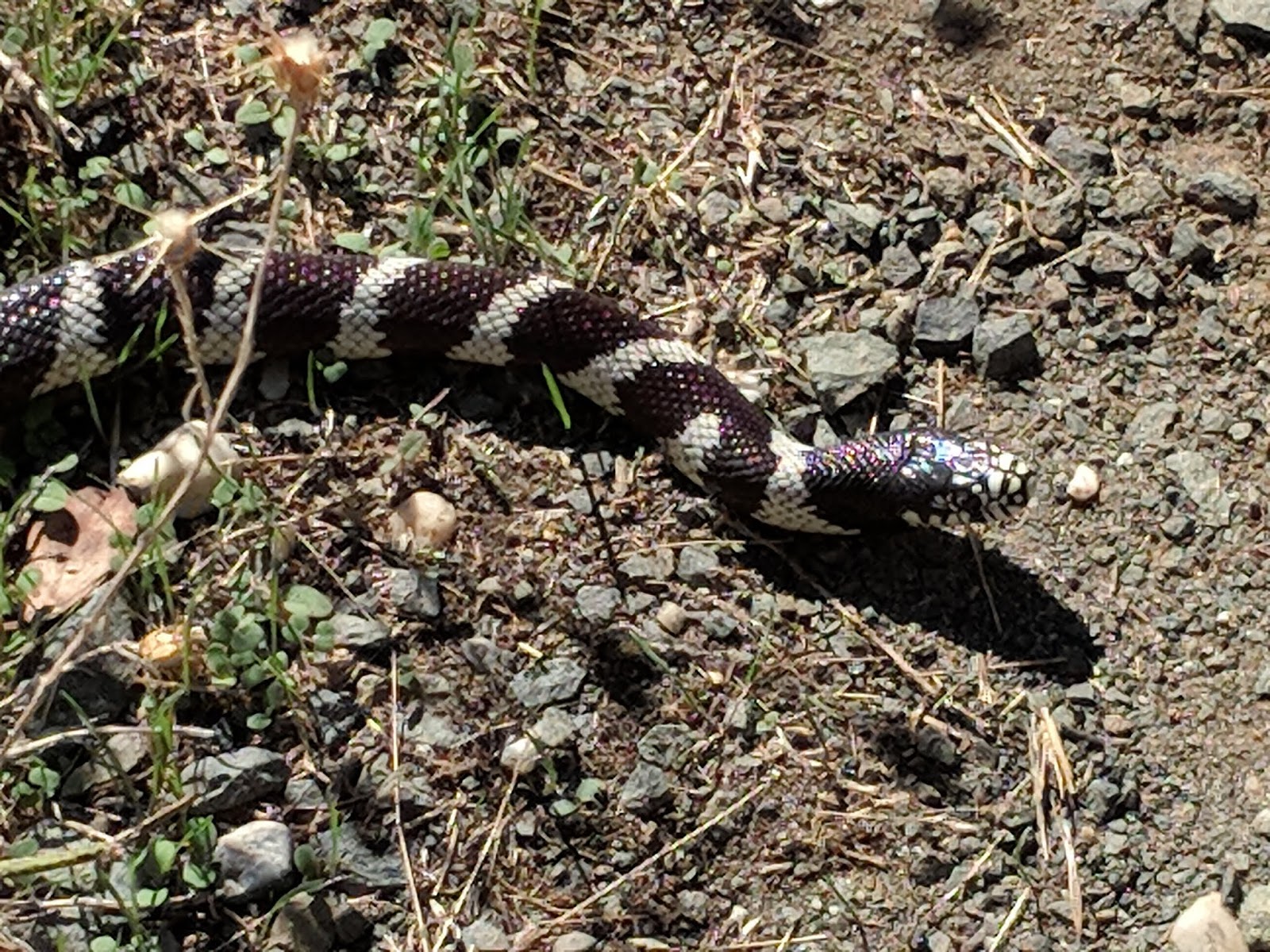 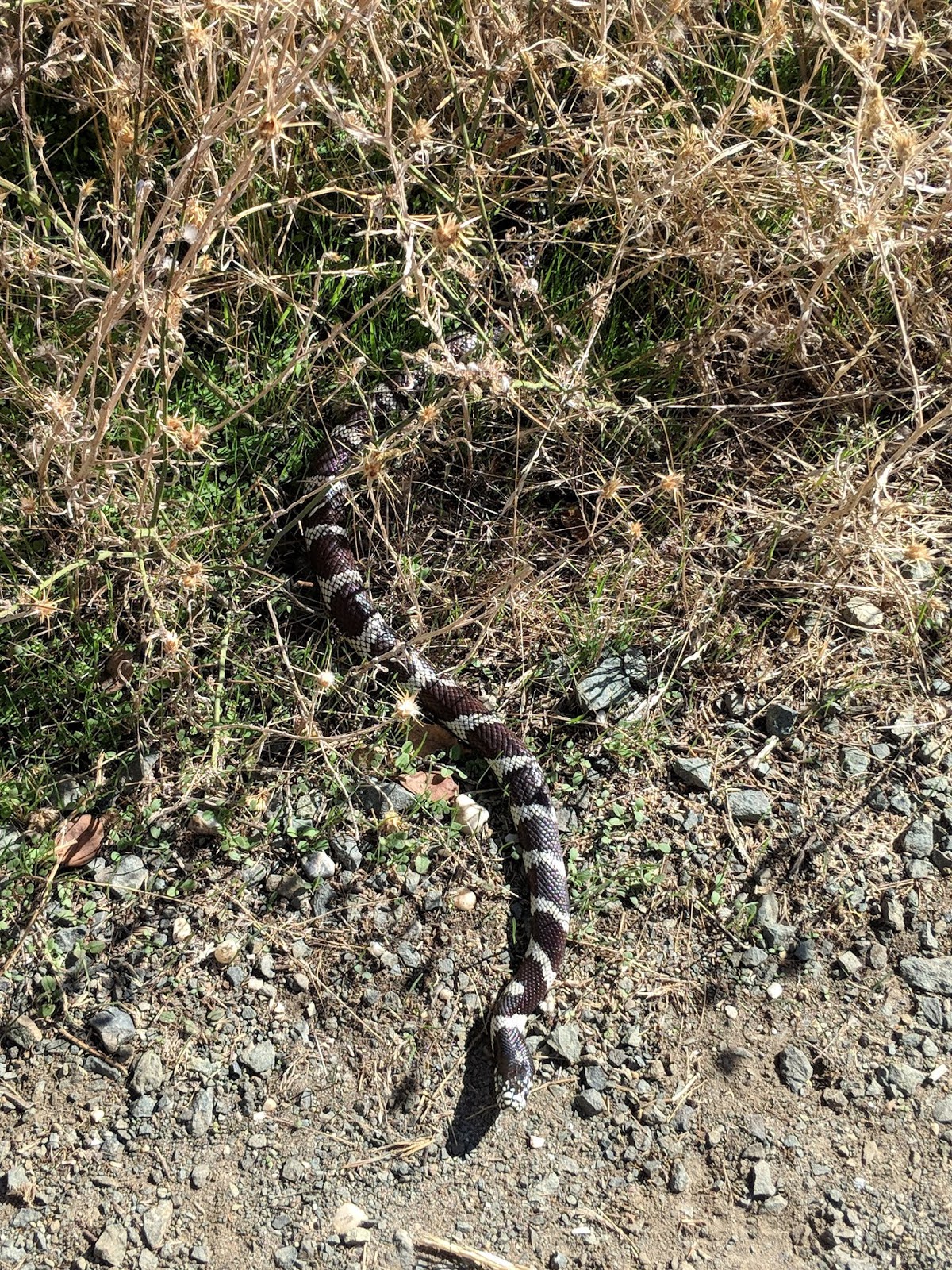