Rattlesnake Encounter Map - Add Your Own

There are probably certain spots in certain parks and trails around San Diego where rattlesnake encounters happen frequently. Why don't we share?  This is a public map and you can add your own encounters.   It takes 2 seconds and helps everyone out - maybe not just trail users but wildlife biologists as well.  To go to the map and add one click here.

2 of 3 SoCal Triple Crown complete! Apparently the day before there was some kind of thing with bicycles there today too (I seriously didn't realize Stage 7 of the Tour of California ended here until after I got there; glad I didn't run into it by accident).

NICE up there today with a cooling breeze above about 8,000', although I didn't hang out for the eclipse. There wasn't any snow at all on the trails, with little strips on the north side at the very highest elevations that probably won't survive the next few days. Although it's further east, the hike up Gorgonio is greener and prettier, but there's nothing quite as dramatic as the Devil's Backbone up there.

And speaking of that - the Backbone was the highlight of this hike for me. I went up via the Hut, and came back on the Devil's Backbone and by the road. This (again for me) is the way to do it for many reasons. I would warn you though, the apparently exposed portion of the Devil's Backbone above the treeline, i.e. the part you can see as you're ascending the steep bit above the hut, is not the most precipitious part - that's once you're back below treeline. Nobody Hikes in LA has a good description of the possible routes. I didn't realize the restaurant would be open at the top of the ski lift so when I stumbled in and it was quite busy I was a little surprised.

Special thanks to Tom the scout leader who shared some water with me, and Shelley the nice woman from San Dimas who gave me a piece of watermelon above the chairlift. Watermelon never tasted so good as it did today! 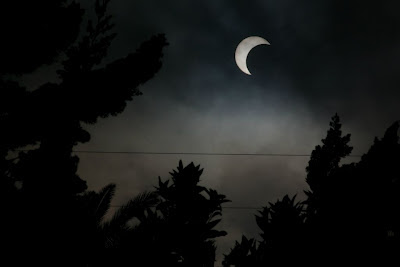 1) Finally got up to Holy Jim Trail and falls.  Falls aren't huge but definitely special and purty.  It was late so I didn't have time to get all the way up to Santiago Peak.  One thing I will say:  the road wasn't as bad as some of the hike descriptions said.  From the paved road to the parking area it's about five miles, the last two of which are rougher (Natl Forest road).  As long as you take your time on the Natl Forest section, at the time of this writing (May 2012) it was doable in  a Honda Accord.


2) The differences between beer and wine - not only the culture that surrounds each, but the actual genetics and economics of their production - has always been interesting to me. Here, one connosieur argues that the egalitarianism of brewing comes from the fact that unlike in wine, terroir hardly matters, and this means that the quality of the resulting beverage depends much more on the skill of the maker in beer-making than in wine-making.

Also, I think that a bunch of European wine snobs should form a renegade group that calls itself terroirists, and use phylloxera against New World wineries that name their products after the varietals rather than the region. Although to be fair to the terroirists, if you pay more for the same grape from a Sonoma vineyard vs. San Diego, either you're stupid, or you think it makes a difference...even the New World winemakers defend their appellations.
Posted by Michael Caton at 5/19/2012 02:15:00 PM No comments:

Trees in Cypress-Family Tell the Tale of Plate Tectonics

Redwoods, cypress, cedars and hemlocks (among others) are all members of family Cupressaceae - and their distribution around the world and genetic relatedness match up quite clearly with the separation of Pangea into our more familiar continents during the mesozoic, the age of the dinosaurs. Pretty cool. 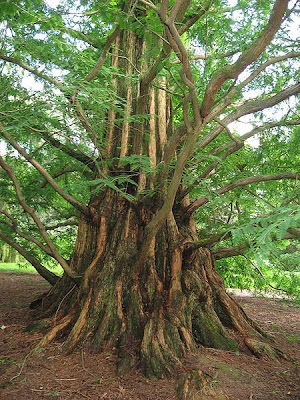 A dawn redwood, an Asian relative of the North American species.
From the Victoria Gardens website.
Posted by Michael Caton at 5/03/2012 11:17:00 AM No comments: