In order for me not to have a BIA agent show up at my door, please assume that this post is about a hypothetical version of me in a parallel universe, and the pictures included are from someone else.

A little bit ago I did a run I've been wanting to do for a while, which is start at the Ramona Oaks trailhead for Cedar Falls, head down into the canyon, and then go south all the way to El Capitan Reservoir. It's one of the most beautiful canyons/valleys in San Diego County. Even after this terrible dry winter the hillsides were somewhat green. I imagine after the (still not adequate) rain we're having as I write this, it'll green up nicely. 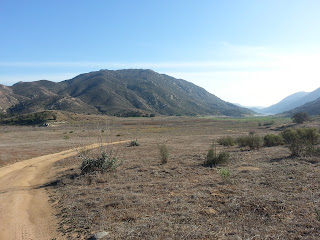 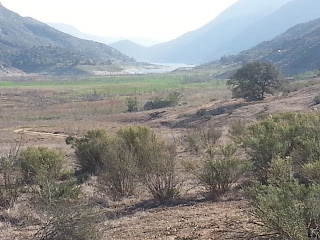 Closer to the lake. 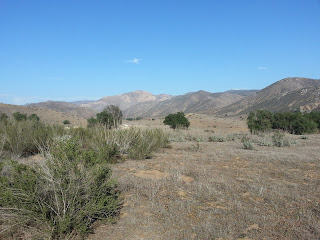 Next several are looking northeast back up the valley. 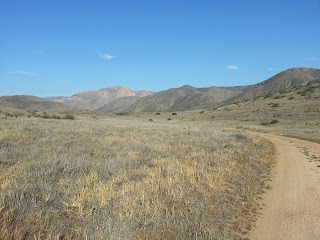 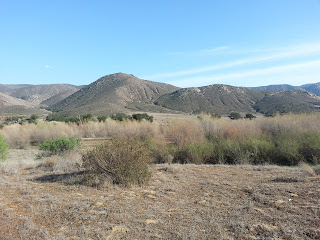 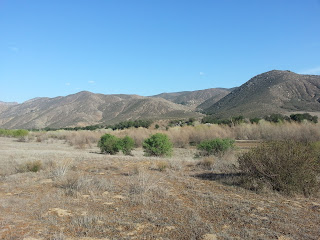 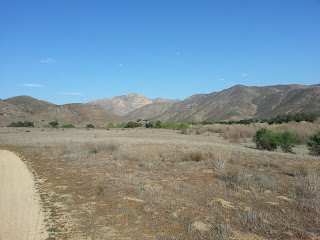 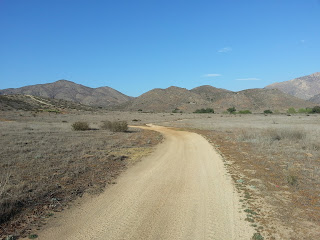 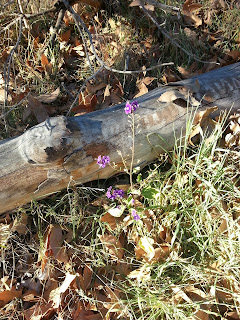 Important point: don't run this route, because you'll be trespassing. I did this by accident, and won't do it again. There's a small dam on the creek maybe halfway between the falls and the lake, and there was an open gate there. On the way back from the northern tip of the lake I saw a sign (hard to see when you're coming from the north) saying "No Trespassing, Federal Indian Reservation", and then when I came back through the open gate, saw the other one, which I had missed on the way down. It turns out this is the Capitan Grande Indian Reservation, official population 7, which is the ancestral home of people in both Viejas and Barona reservations. The history of the reservation is worth reading. Basically, a century ago San Diego decided it needed the south end of the valley for the reservoir and - surprise! - forced out the people who lived there, who are now at Viejas and Barona.

Below: grinding stones (morteros in SoCal archaeology jargon). When I saw the rock along the trail I made a bet that there would be some and I was right. This rock is fairly easy to find, on the west side of the trail, about 1-2 miles south of the falls turnoff. 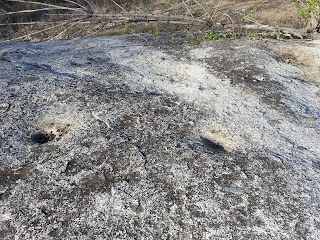 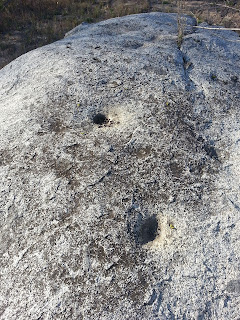 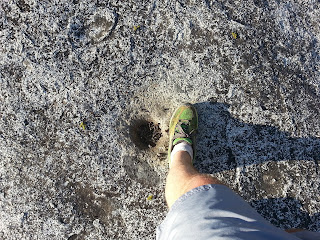 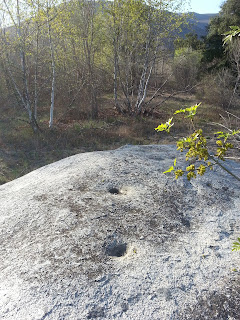 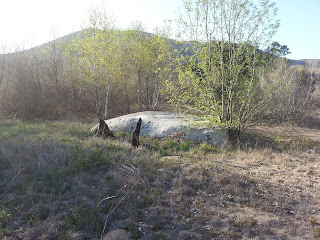 I have no idea how to contact anyone involved with the Capitan Grande Reservation. But an excellent way to protect this area from development, or future shenanigans from the city, would be to open it to hikers and riders, so if in the future any agencies try something, there will be lots of people from San Diego who want to protect the valley as it is.

Future plans for this area: bushwhack from the Cedar Falls Canyon over to Three Sisters Falls.
Posted by Michael Caton at 2/28/2014 04:10:00 PM