Poor planning. When I jumped in the car to go up to Tahoe I threw my filter bottle in the back and (effectively) said to myself "Of COURSE there will be flowing creeks at elevation on the Nevada side at this time of year!" There aren't. Plus, I didn't hydrate effectively beforehand. It was sunny and 80 with only smoke clouds visible in the distant northwest, but no air quality problems at the lake - much different than when I was there in April and had to turn around due to snow.

Of course there were the usual friendly people (about a dozen in 4 hours, one of them a through hiker.) But due to my own stupidity, what should have been an enjoyable 11-mile jaunt turned into a death march. 2 miles from the end I encountered a van parked in the woods, inhabited by a guy who had thought things through much better. Lucky for me he was generous and topped me off, and his dog didn't eat me. Thanks Jason and Hershey! But I'd already lost so much water that I was probably hyponatremic after drinking a full bottle, and got back to my car and slept on and off for an hour. I was in such bad shape (shaky, could tell my reaction time was off) I delayed driving home for another hour - it is not unheard of for people to survive long runs and then die in car accidents afterward due to fatigue. (Lesson: be like Jason. Not like MDK10.) 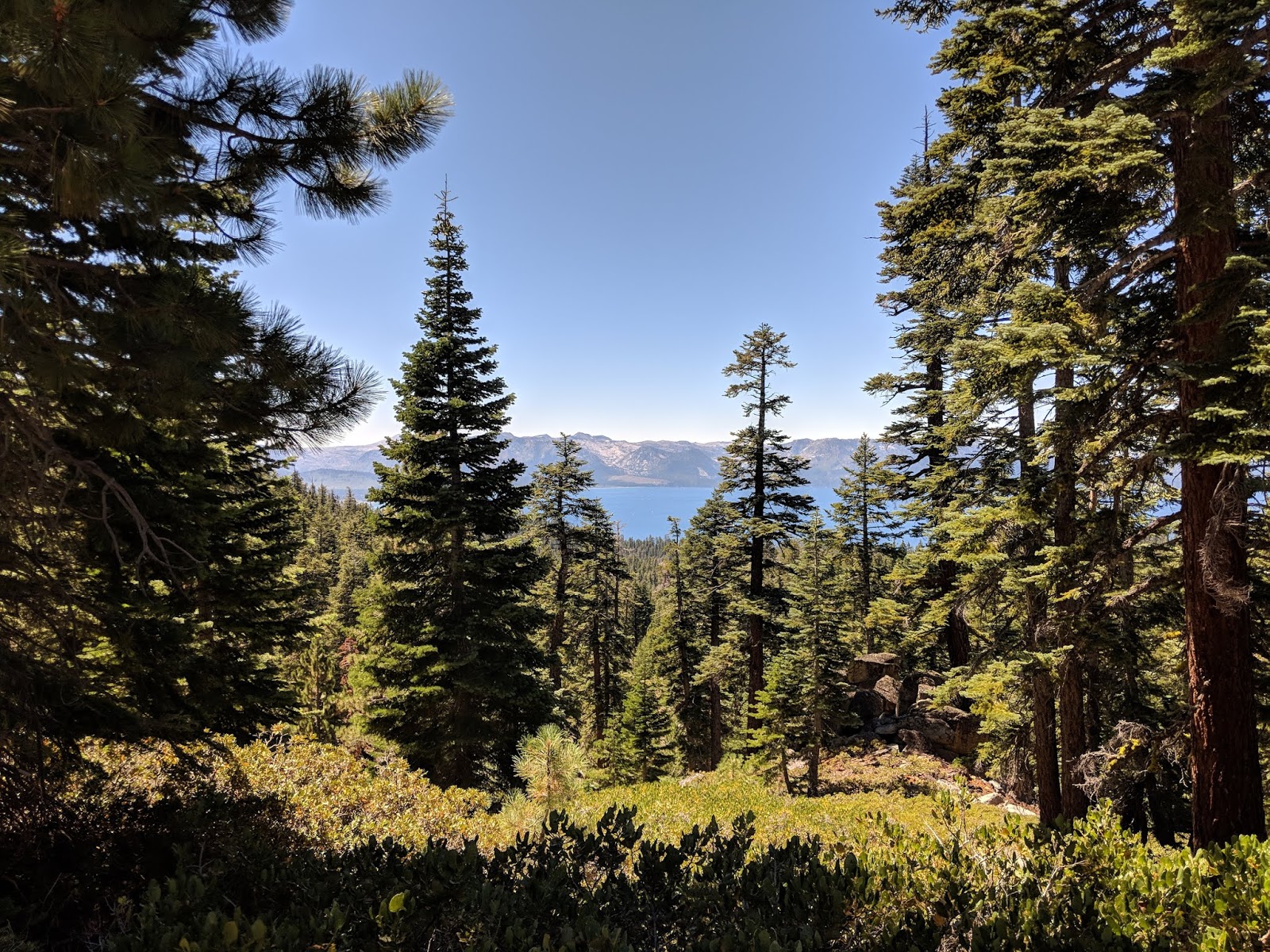 Of course the views were sublime. It was right around here I saw a hawk carry off a struggling chipmunk, chirping and fighting all the way, likely in futility. This made me sad, but what makes me saddest is that we live in a world where this is the only way hawks can survive, and they have babies to feed too. 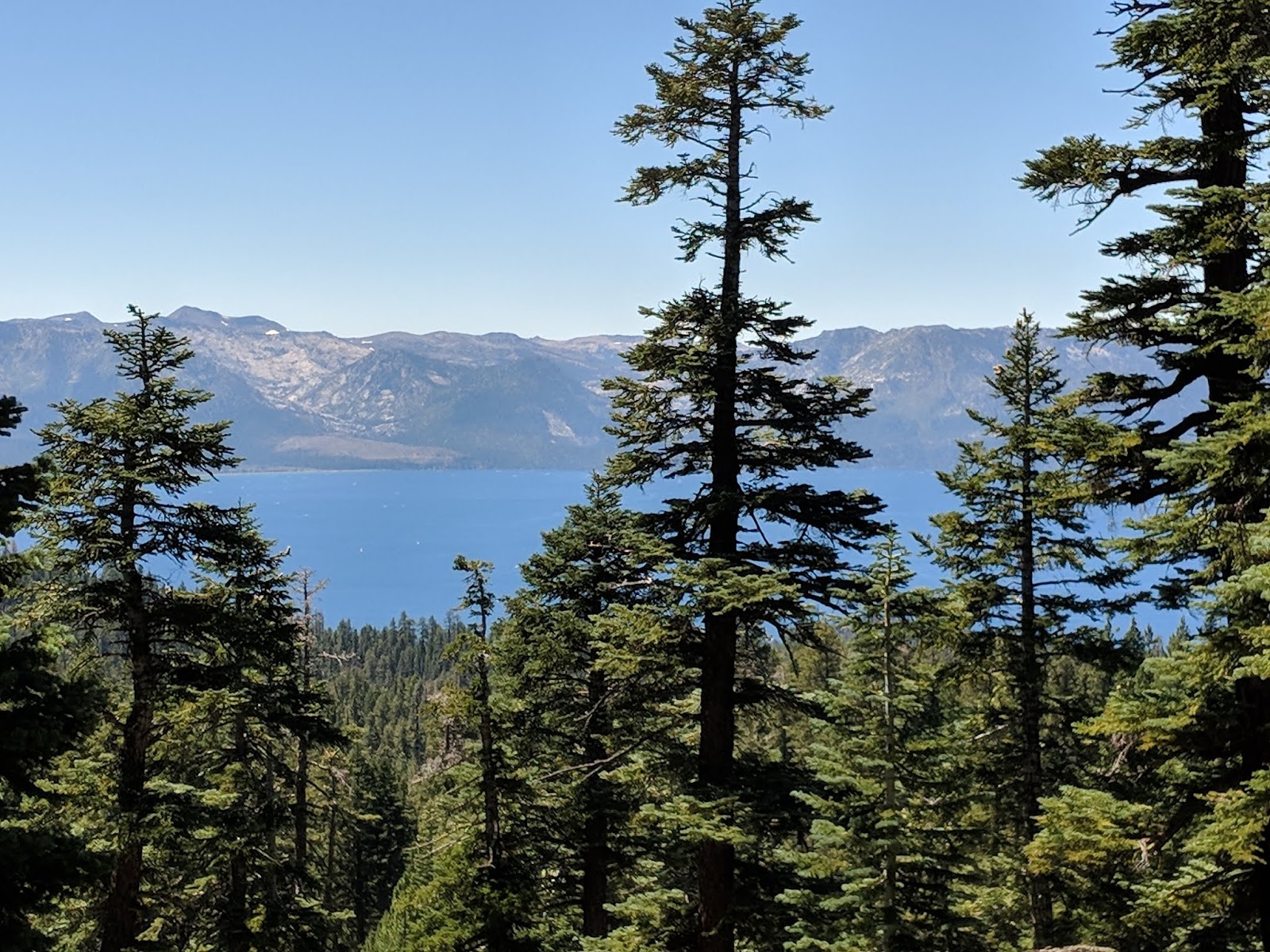 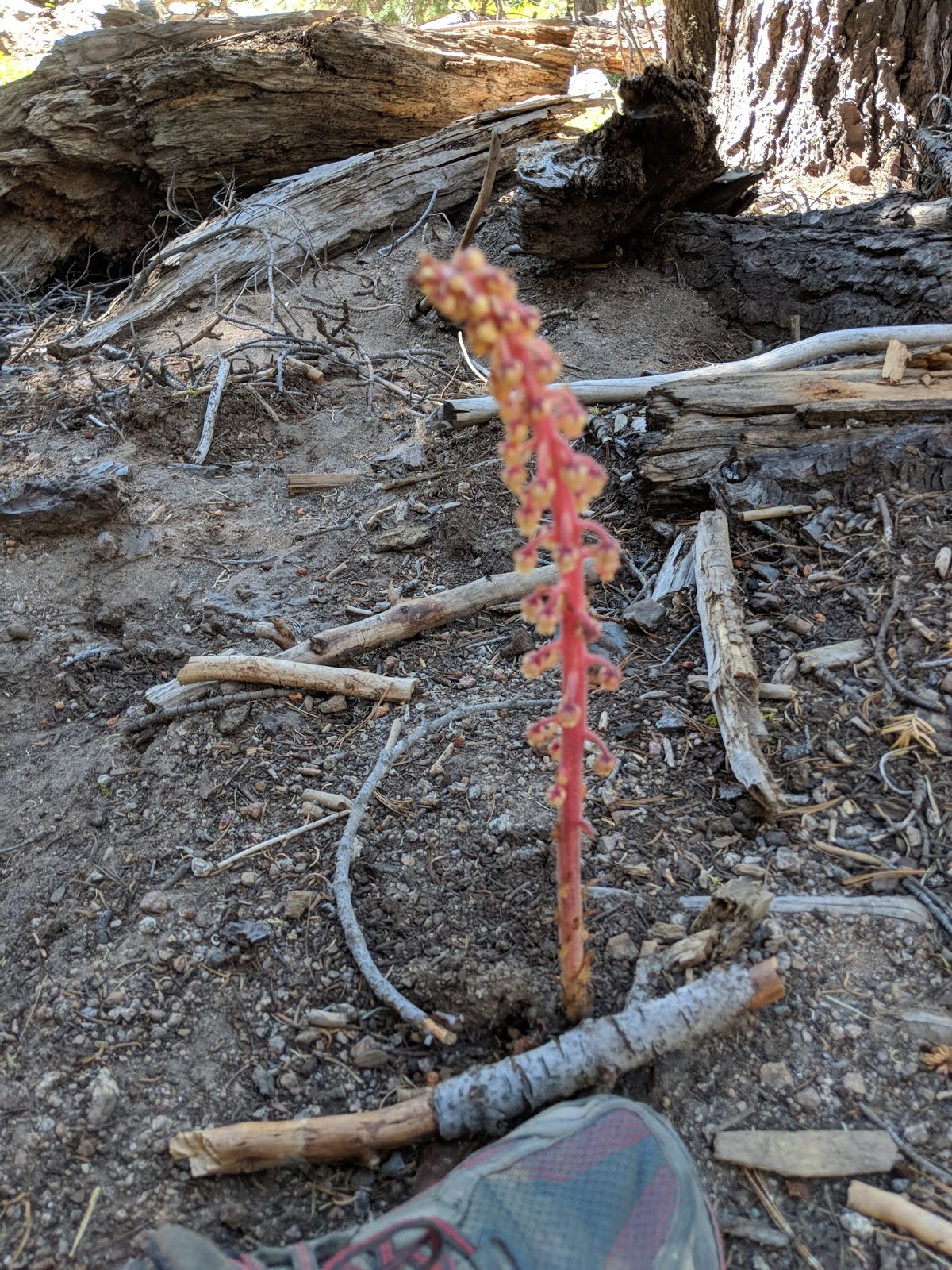 I only saw one snow plant the whole time. Not surprising - a little late for them. 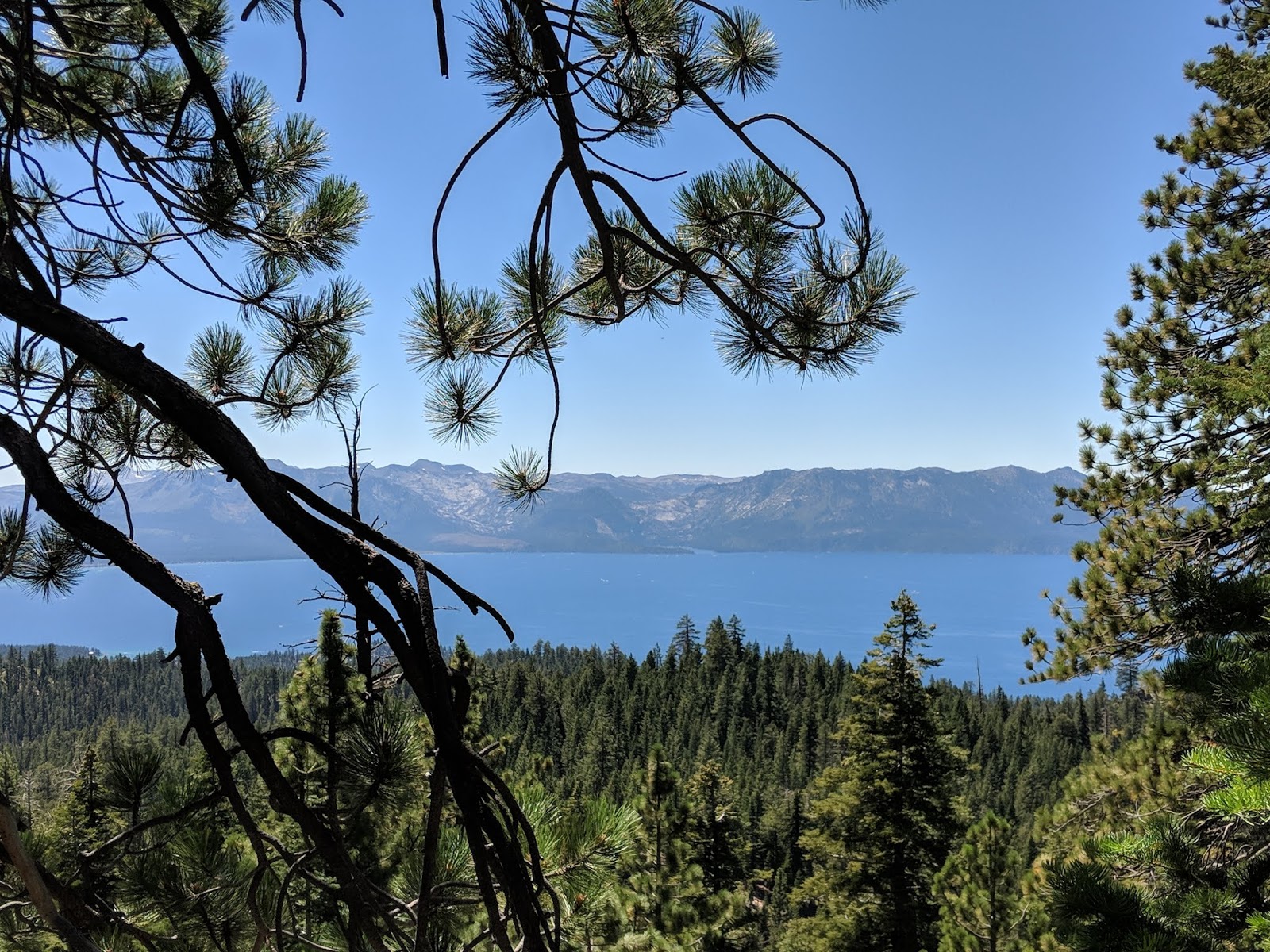 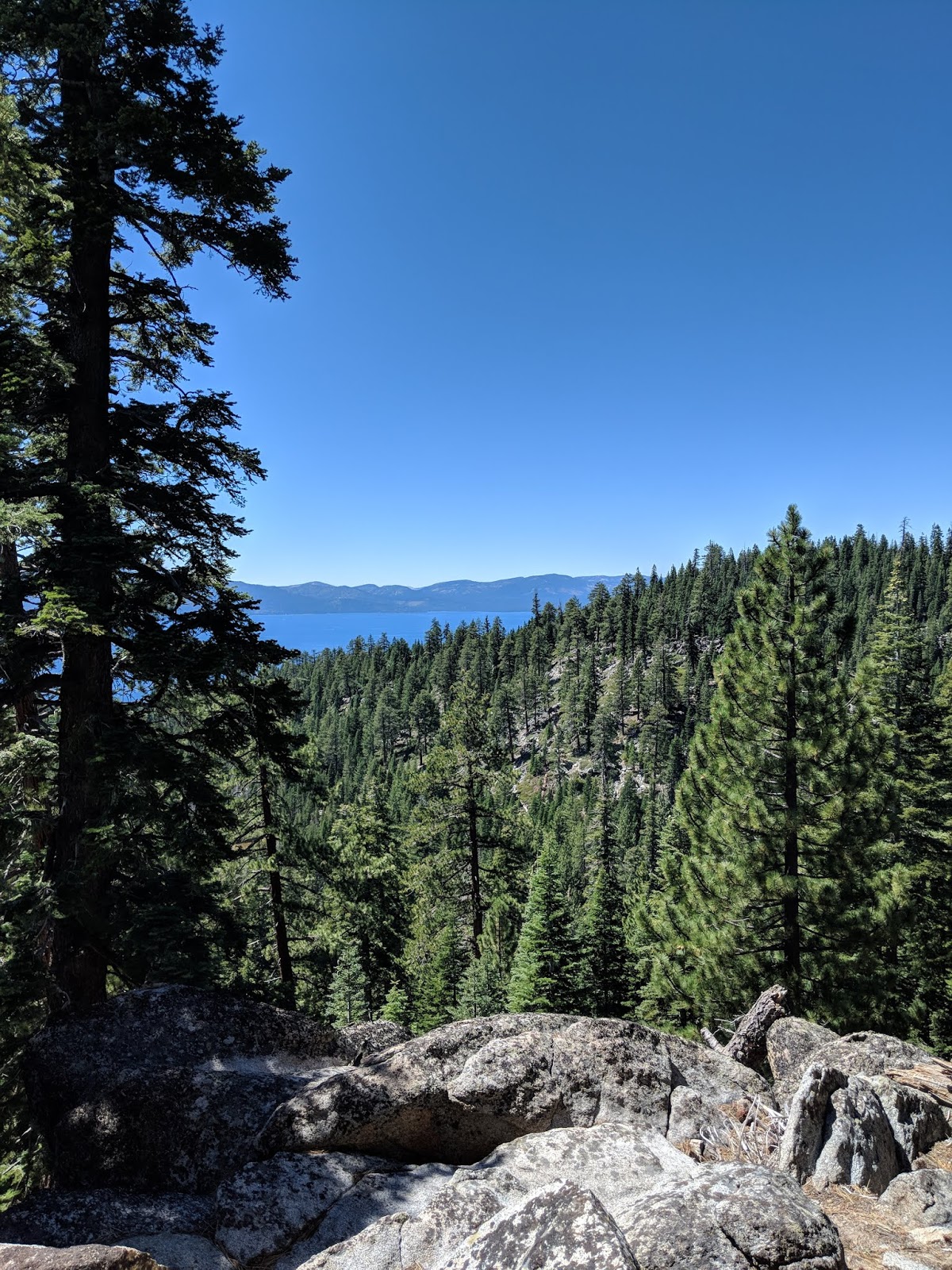 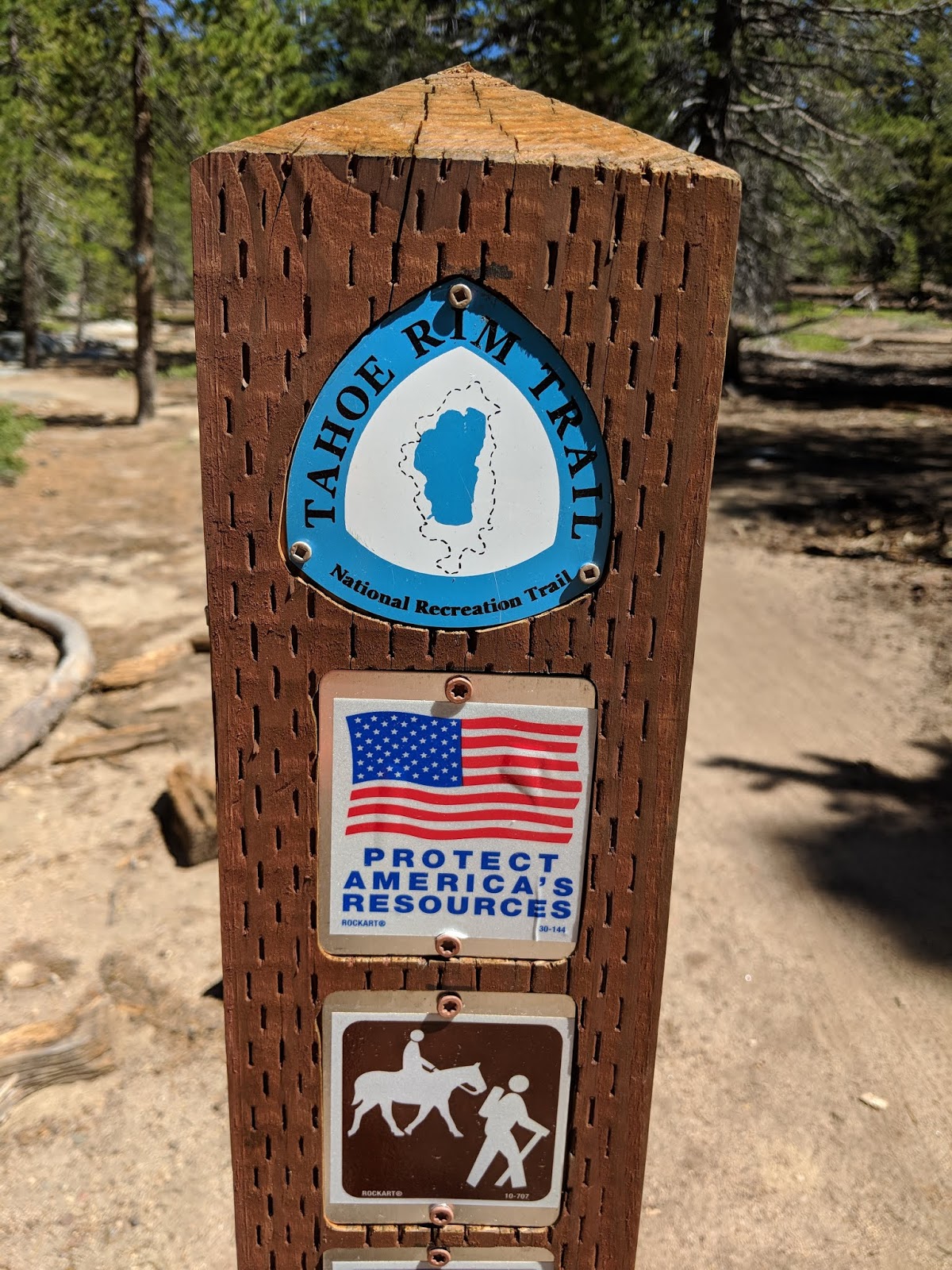 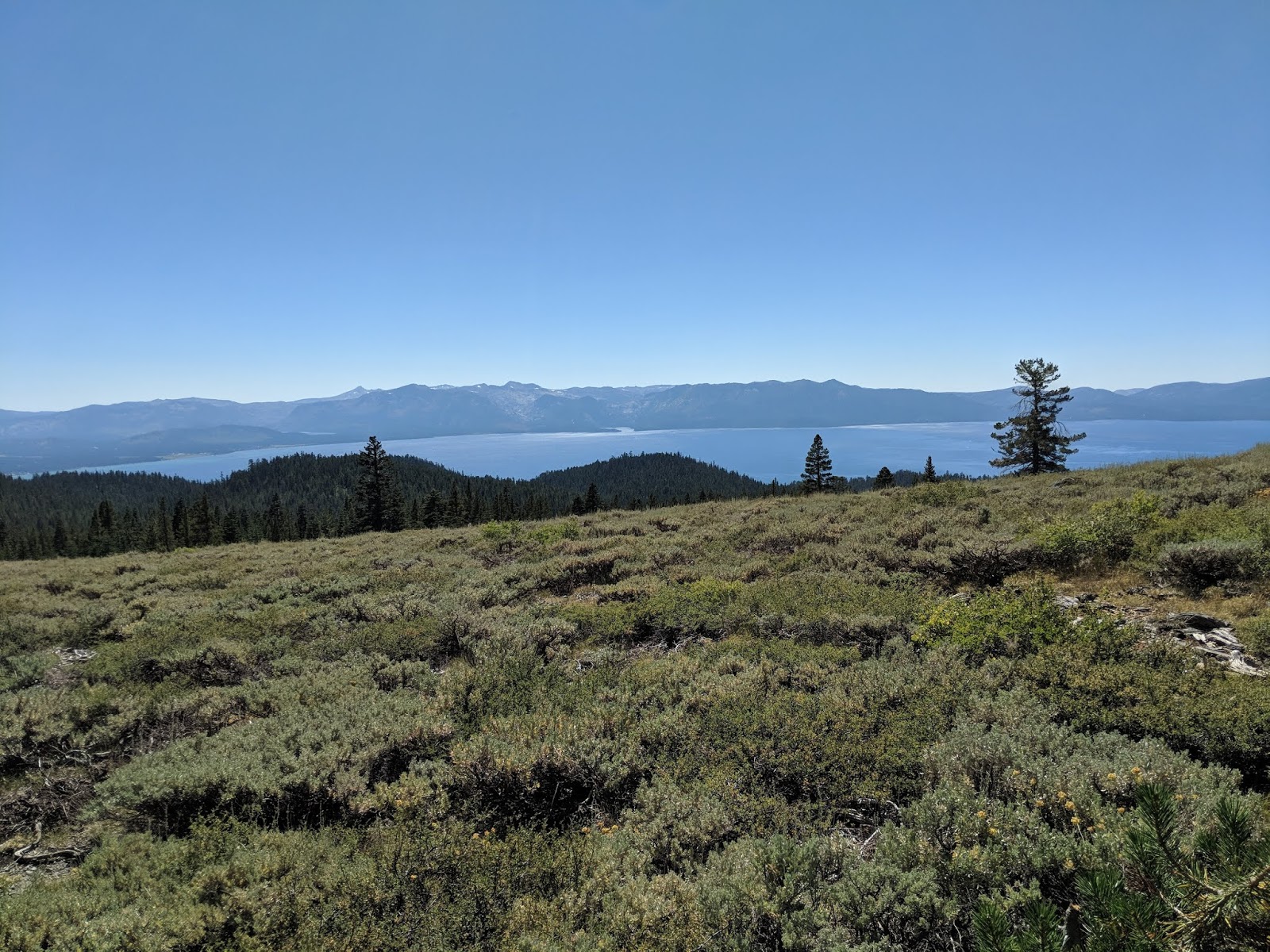 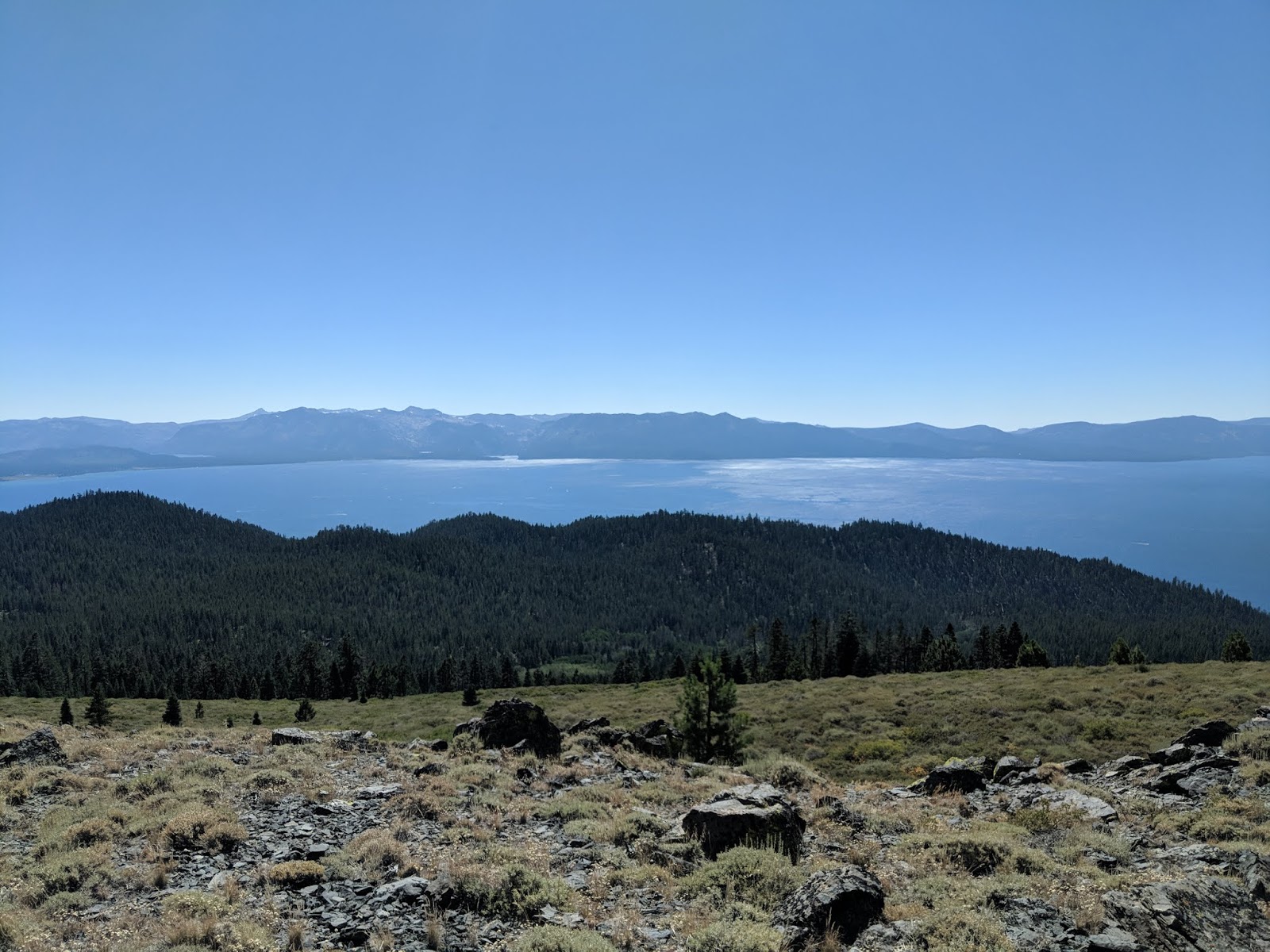 You can't really make it out, but from this angle I was looking straight across at the mouth of Emerald Bay and could even make out Fannette Island. 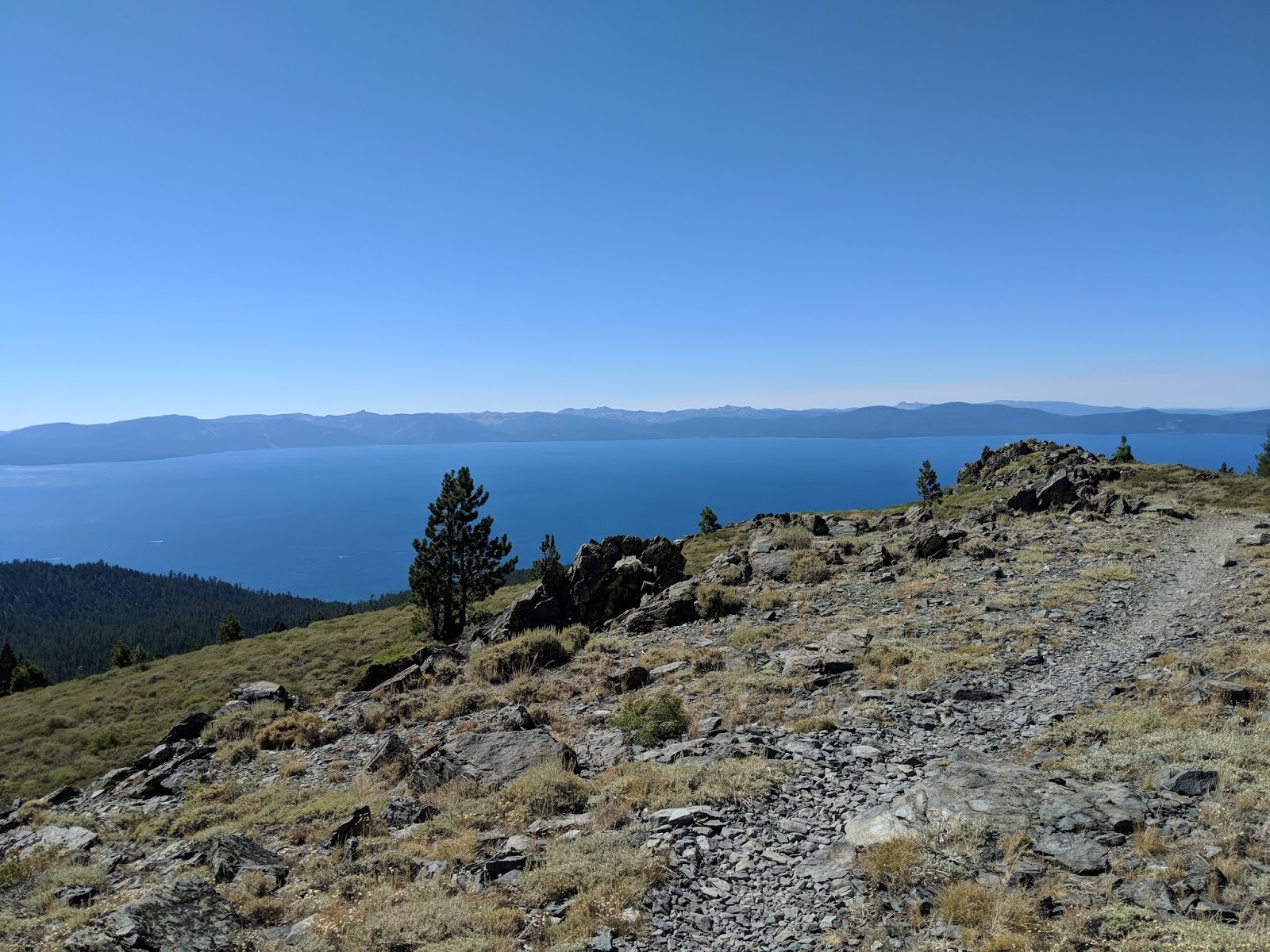 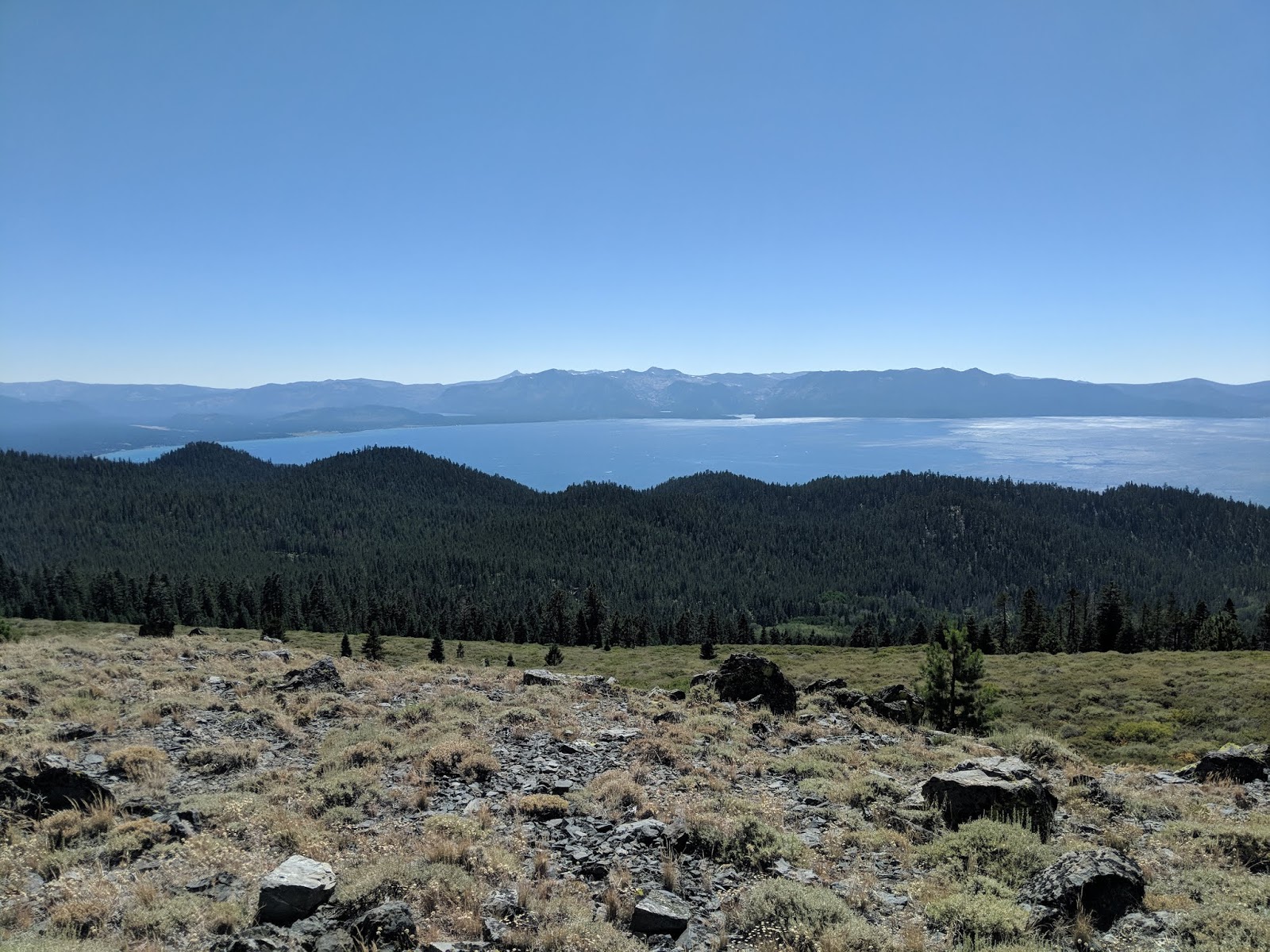