I was going to be down in Santa Barbara for a wedding and decided to bang out some of these Los Padres trails. If I'd had more time I would've done Reyes/Haddock the honest way by starting at the bottom on 33 and going all the way up Chorro Grande, but that will have to wait for another day. I was happy enough to finally see this corner of Los Padres. That country up there around Haddock is amazing and at one point I regressed to age 7 and started rolling pine cones off the cliffs to see how far they would go (only about 5). I have to admit I was doubtful about the abundance of bear sighting I read about in that part of the state but I saw so much bear scat that I am now less skeptical!

I also got up to Gaviota Peak, above the pass of the same name, by heading up the fire trail and then back down on Trespass Trail. I'd been to the nearby hot springs a number of times and always wanted to go further and get up on the ridge, which is the western end of the Santa Ynez Mountains. It was hot enough up there already, even with a fog layer below me that didn't want to give up. The wind cave on Trespass Trail was a nice surprise too. Maybe another time I'll run all the way to Ronald Reagan's old ranch. Had no idea it was there until I read up on the area.

I was also obsessed with seeing an active oil seep, which I'd read can sometimes be found in the sand at Carpinteria State Beach, but only found some washed up on the sand. Ih, I'll live. I think this was more than offset by seeing one of my best friends get married in a really beautiful simple ceremony at the sunken garden at Santa Barbara City Hall, which I had never seen before.

The Channel Islands once again escaped from my prying eyes. We'll have to head back when we can actually spend some time.

By the way, should you find yourself in Ojai, do yourself a favor and check out easily the most awesomest bookstore I have ever been in, Bart's Books, basically an open air maze of books. Open 7 days a week until sunset!

Pictures below are from online resources as credited, to which, as always, I am grateful as a fellow lover of trails. 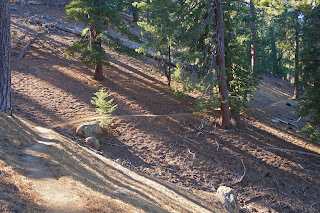 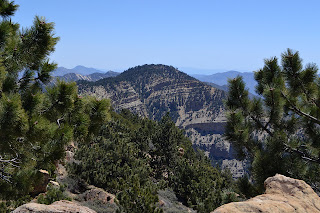 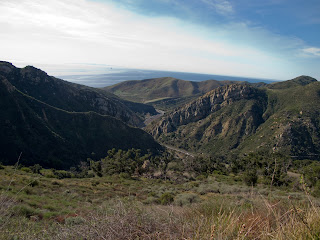 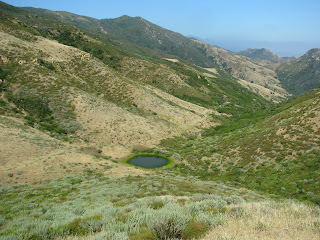 Trespass Trail. From Songs of the Wilderness. 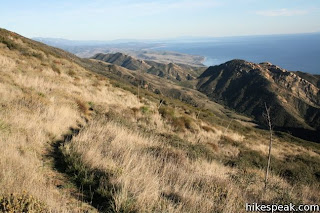 Near Gaviota Peak. From Hikes Peak.