Together At Last: Igneous Rock Separated 200 Million Years Ago at the Triassic-Jurassic Boundary

It sometimes happens that a volcanic system appears at a plate boundary, and then is split into two parts and separated by many miles over the eons. One example of this is Pinnacles National Park and Neenach volcano. Today they're about 250 miles apart, but they used to be the same system, and they're riding the San Andreas Fault. One of them has drifted north as the Pacific Plate grinds northward (Pinnacles, inland from Monterey) and the other is inland from Los Angeles.

Whenever this happens, two sets of rocks slowly drift apart, never to see one another again. This makes me sad.

(At this point you may be asking the following question: "This guy is an idiot." You might be right, but not because of this. Or at the very least, I'm in the good company of other idiots equally obsessed with the relationship of the Appalachians to the mountains on the other side of the Atlantic, so much so they've made an International Appalachian Trail. Has anyone hiked the whole thing yet?) 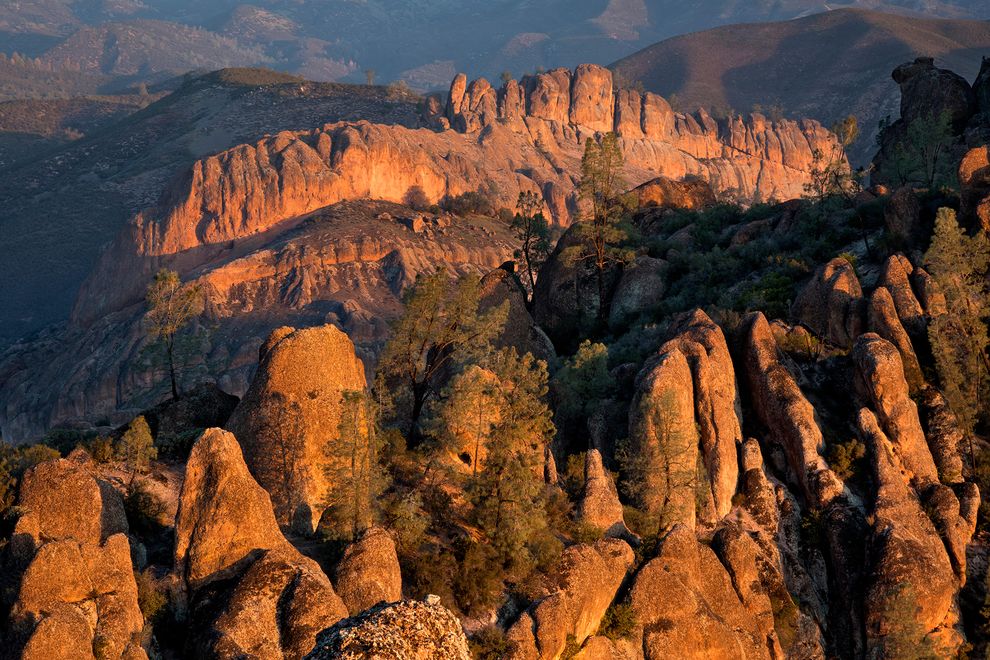 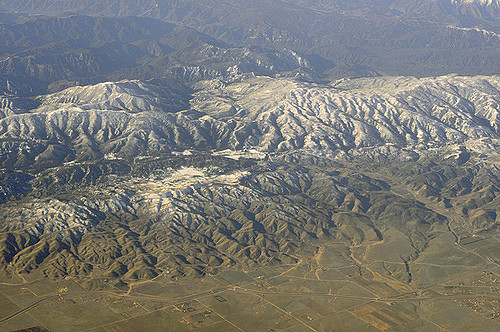 Top: the San Andreas, with the two halves of the old volcano marked. Middle: Pinnacles National Park, the northern half on the Pacific Plate. Bottom: Neenach Volcano, the southern half on the North American plate, with fault relatively visible. (photo credits Structural Geology of Weebly, National Geographic, and Michael Rymer respectively.

In December I discovered that Berks County, Pennsylvania has volcanoes, which are part of the CAMP, the Central Atlantic Magmatic Province, a large area of eruptions that occurred at the Triassic-Jurassic boundary just as the Atlantic was starting to open (coincidence? We don't know yet.) What we do know is that since the Atlantic was just starting to open, the CAMP is split on both sides of the Atlantic. Some in Pennsylvania, some in - Morocco, in the Atlas Mountains, which gave the Atlantic its name. Long lost cousins, long gone across the ocean. 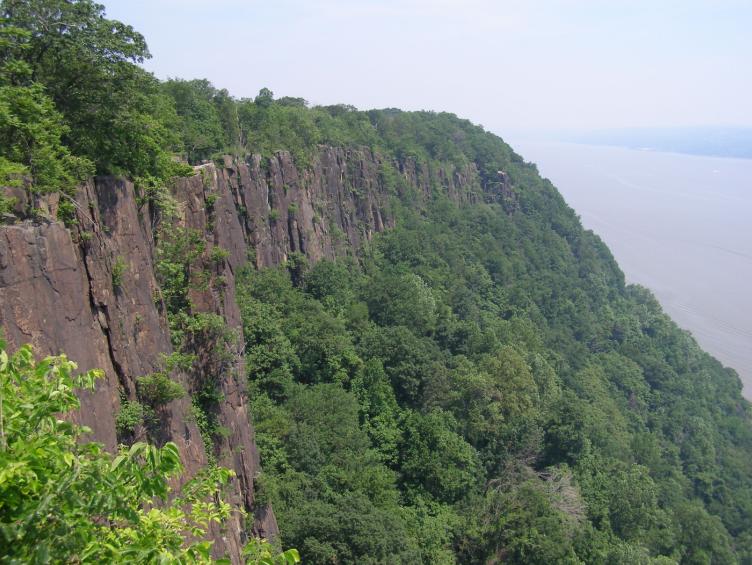 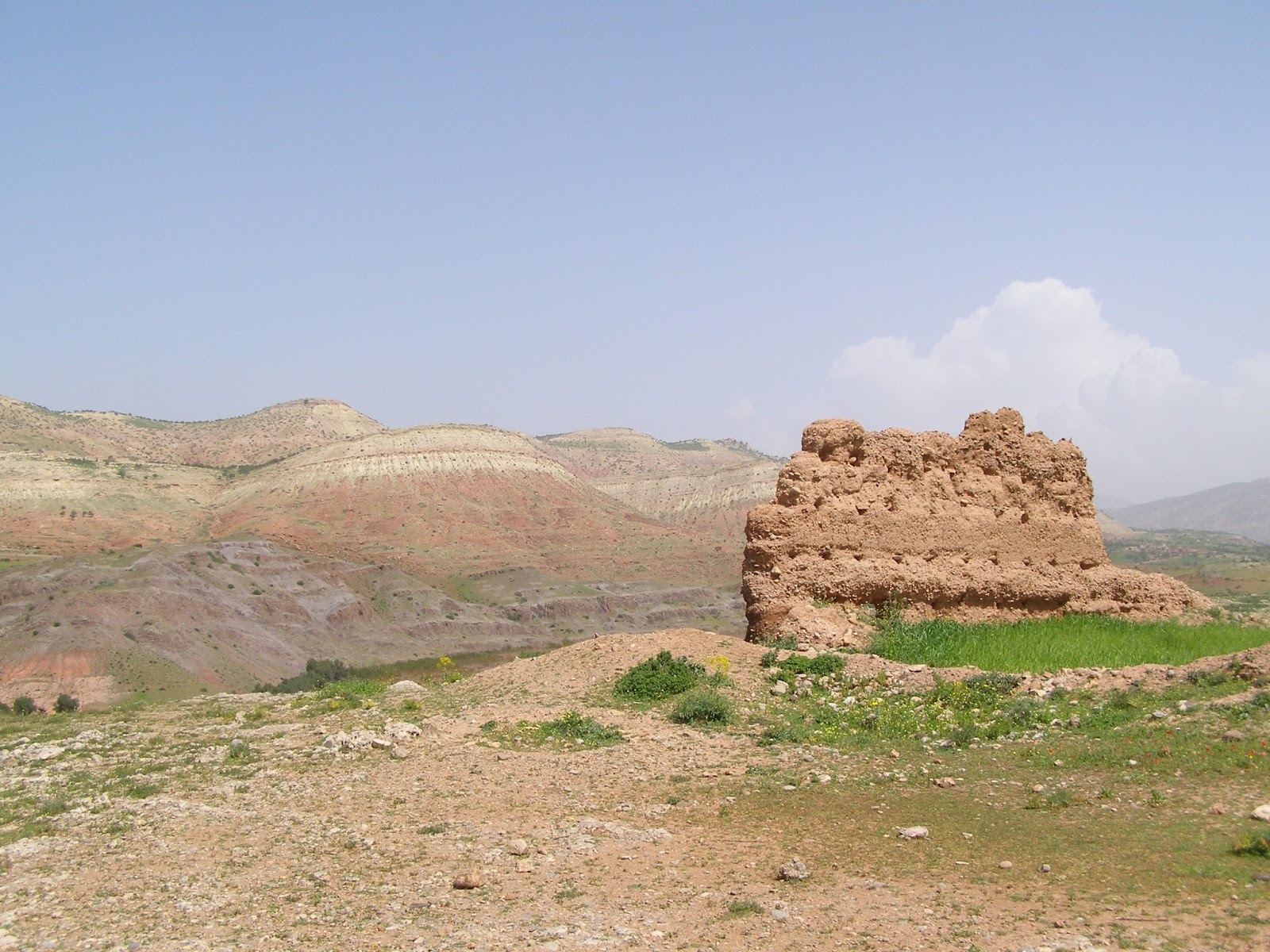 Above: the CAMP as the volcanoes erupted just prior to the Atlantic opening; Palisades Sill, a northerly continuation of the igneous rock seen in the Jacksonwald/Wachtung Outliers; and the CAMP layer is visible in the Middle Atlas, Morocco. From Paul Olsen at the Lamont-Doherty Earth Observatory at Columbia University; Wikipedia; and Eric Font at the University of Lisbon, respectively.

When I learned this I already had a vacation scheduled to Morocco, which you can read about here.

I knew there was only one thing to do: collect samples in the High Atlas and bring them back, to reunite them with their long-lost cousins. 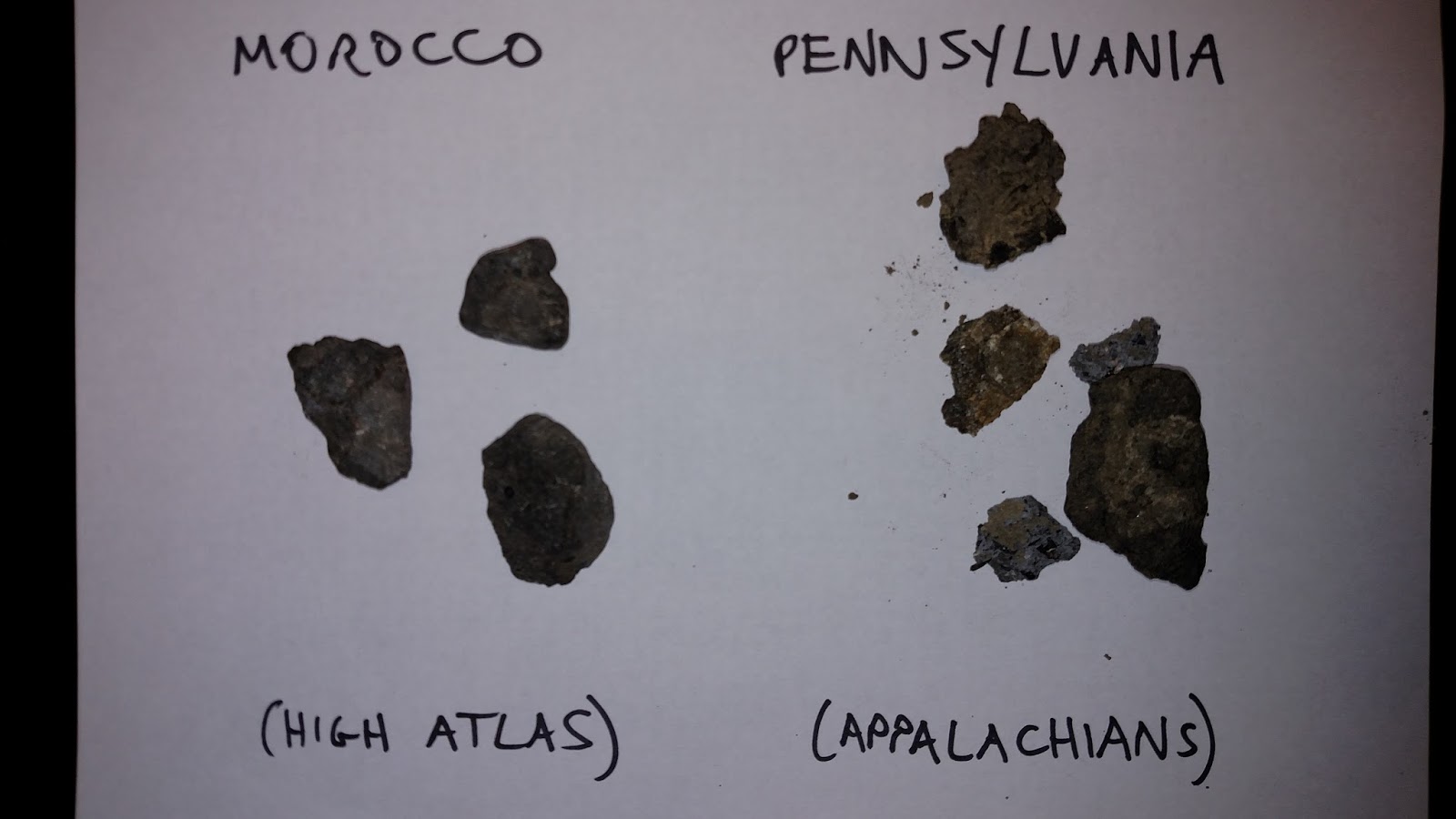 And now: it is done! 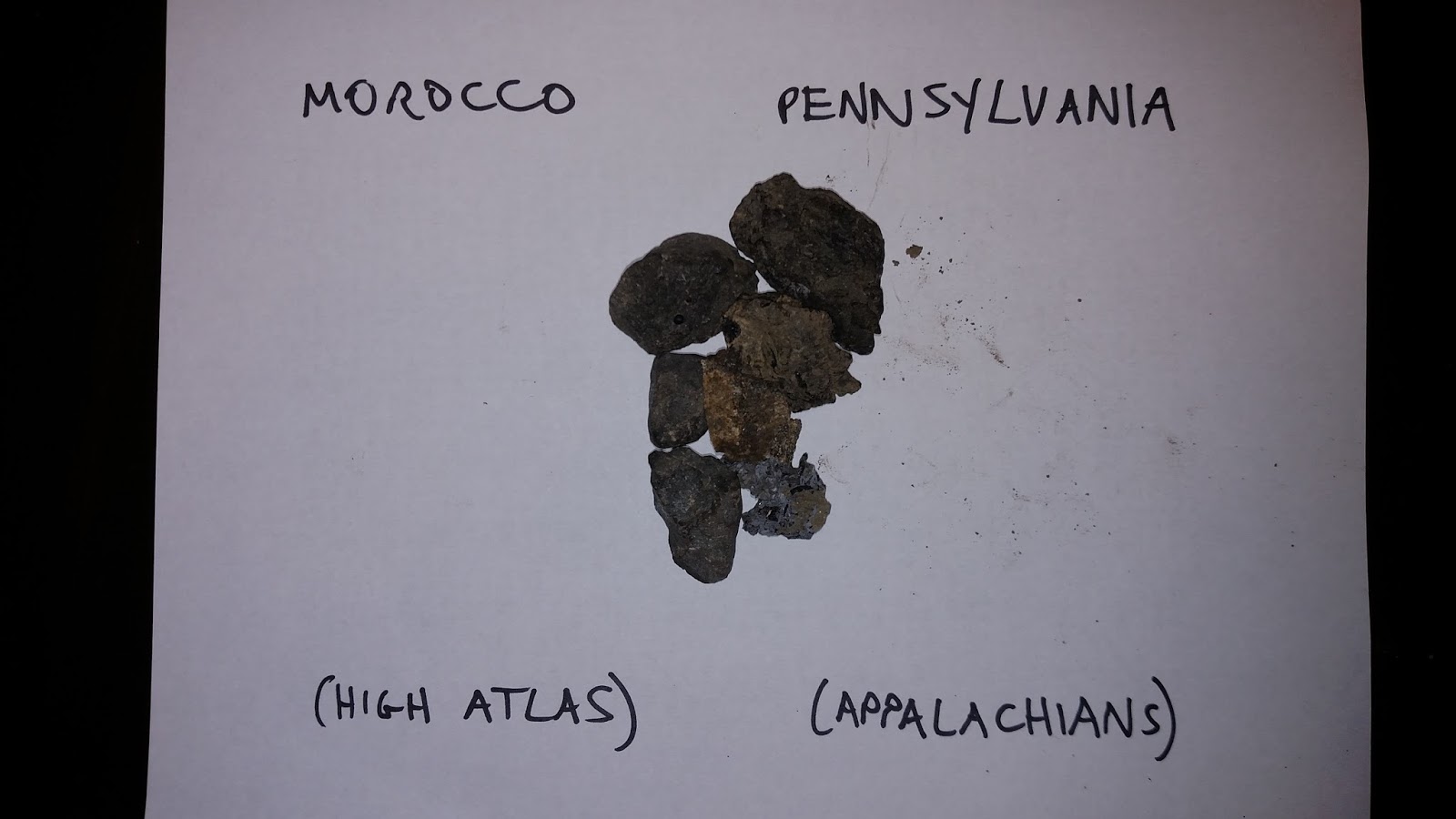 I'm ashamed to admit that I was not high when I conceived of this, nor even when I carried it out.

You'll be pleased to know that they spend their days catching up on plate motions and weathering. And they have earned this much-awaited rest and snuggling.