These canyons are: a. the most beautiful springtime place I've ever seen in San Diego (pictures taken in March and April) and b. of questionable legality to access, possibly being part of Miramar MCAS. For that reason, I certainly didn't take these pictures, but rather a mysterious person who is not me, and who took them, after which miraculous event they magically appeared on this blog. If you run or ride a lot you probably know where this place is anyway. There are two sets, one in mid-day from the end of March, and one getting on toward dusk in early April. Restorative does not begin to describe the (much-needed) effect this green place had on me.

I'll start off with a coyote talking: 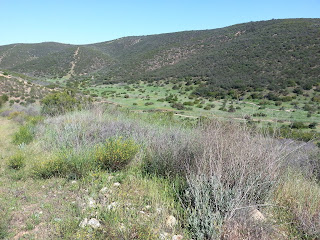 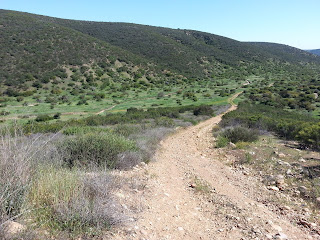 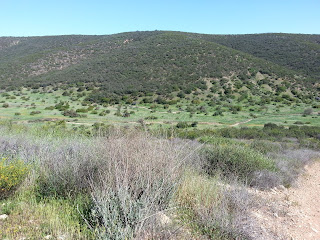 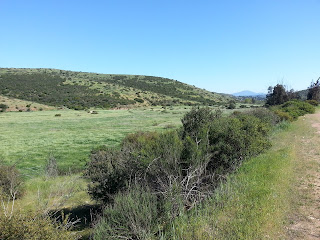 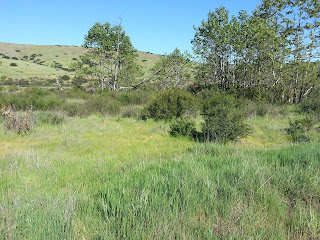 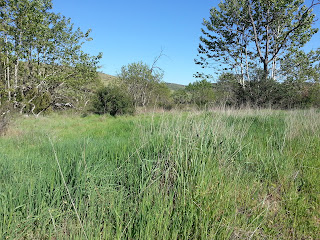 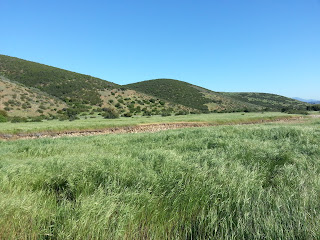 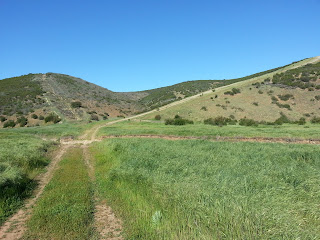 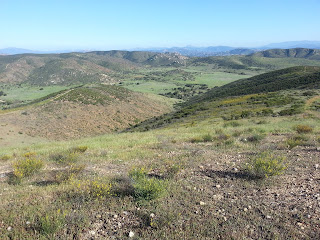 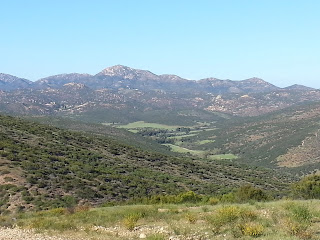 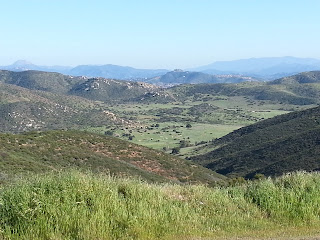 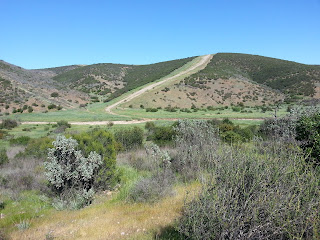 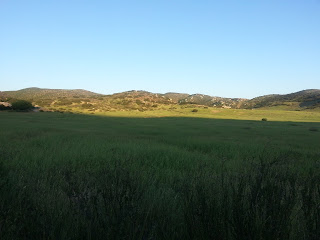 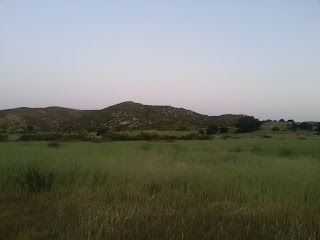 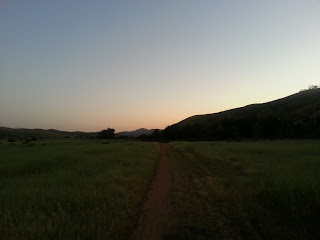 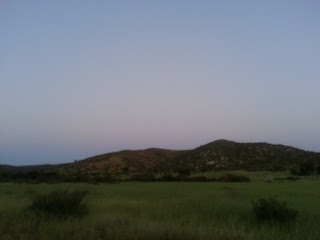 Finish up with a panoramic video from the top of a hill.