San Diego May 2017: Also, The Sonoran Desert is Better Than the Sahara

When I was in Morocco in April, I went for a run in the Sahara. While now I have points for being in the Sahara, I found myself - underwhelmed. "We've been in better deserts than this!" my jaded wife and I both said. Knowing that in a month I would be in San Diego, I decided to do something I'd long thought about: go running in Algodones Dunes, thus proving once and for all that California's desert is better than the Sahara. If you're reading this though: don't be so quick to go to San Diego - there are all sorts of miscreants, deviants and otherwise unsavory elements of society that populate this place, as I was reminded through various visits in their company - much against my will mind you - to homes, drinking establishments and even the top of Black Mountain. Shudder. 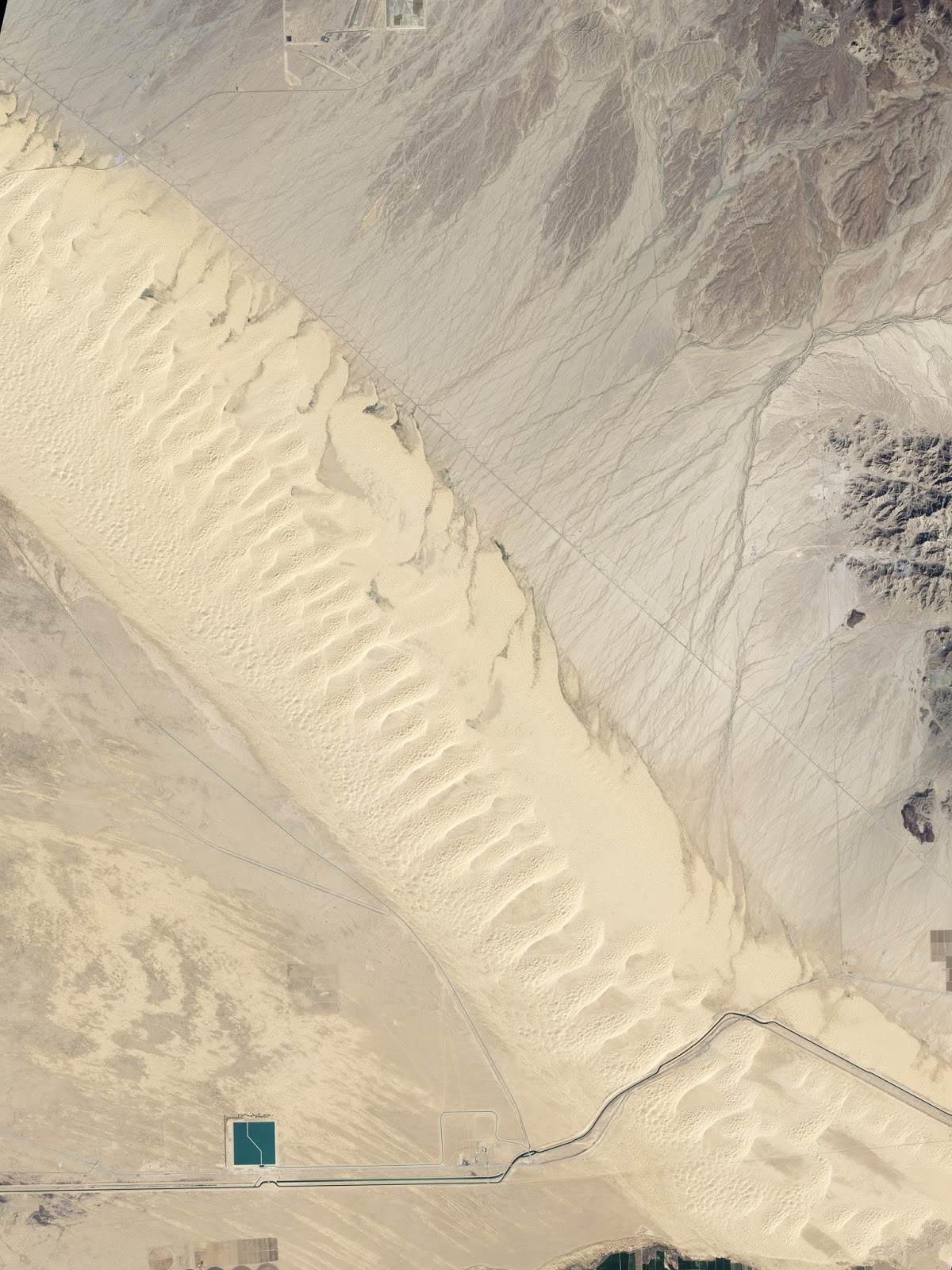 The Algodones Dunes from space, with south basically at bottom - the black lines near the bottom are the All-American water canal and I-8. Thus, witnesseth! that in the U.S. we have our own ergs, AND nearby Mexican food and beer. And San Diego beaches are a mere 2.5 hr drive away, which I also made use of. And even a good Moroccan restaurant if you so desire! See? Vastly better than the dumb Sahara.


If you drive from San Diego to Yuma on the 8, you pass through the Dunes 15-20 miles before you cross the Colorado and enter Arizona, and they extend north as far as Brawley. You can't miss them: high golden sandy dunes, more on the north than the south side of the freeway. At one point I had the brilliant, stupid idea of running the whole thing from north to south, documented on this very blog. People I mentioned this to had several important questions: first, was I on drugs; and second, how many drugs was I on. So I abandoned the idea of running the whole thing, but my experience in Morocco reignited the idea of at least going out there. My plan was to get the car as close as possible to the ergs off the 8, run out in them to where I was isolated and couldn't see anything but sand, then run back. Original plan: leave SD at 6am to be there at 8:30, since the prediction was by 8am it would be 80 F, 10am it would be 90, with a high of 105. But leaving at 6 would have required an early bed time, and as you know one must hydrate before such exertions! Therefore I went out in North Park Saturday night, and got to Algodones about 11:15. NOICE! SWAYT! 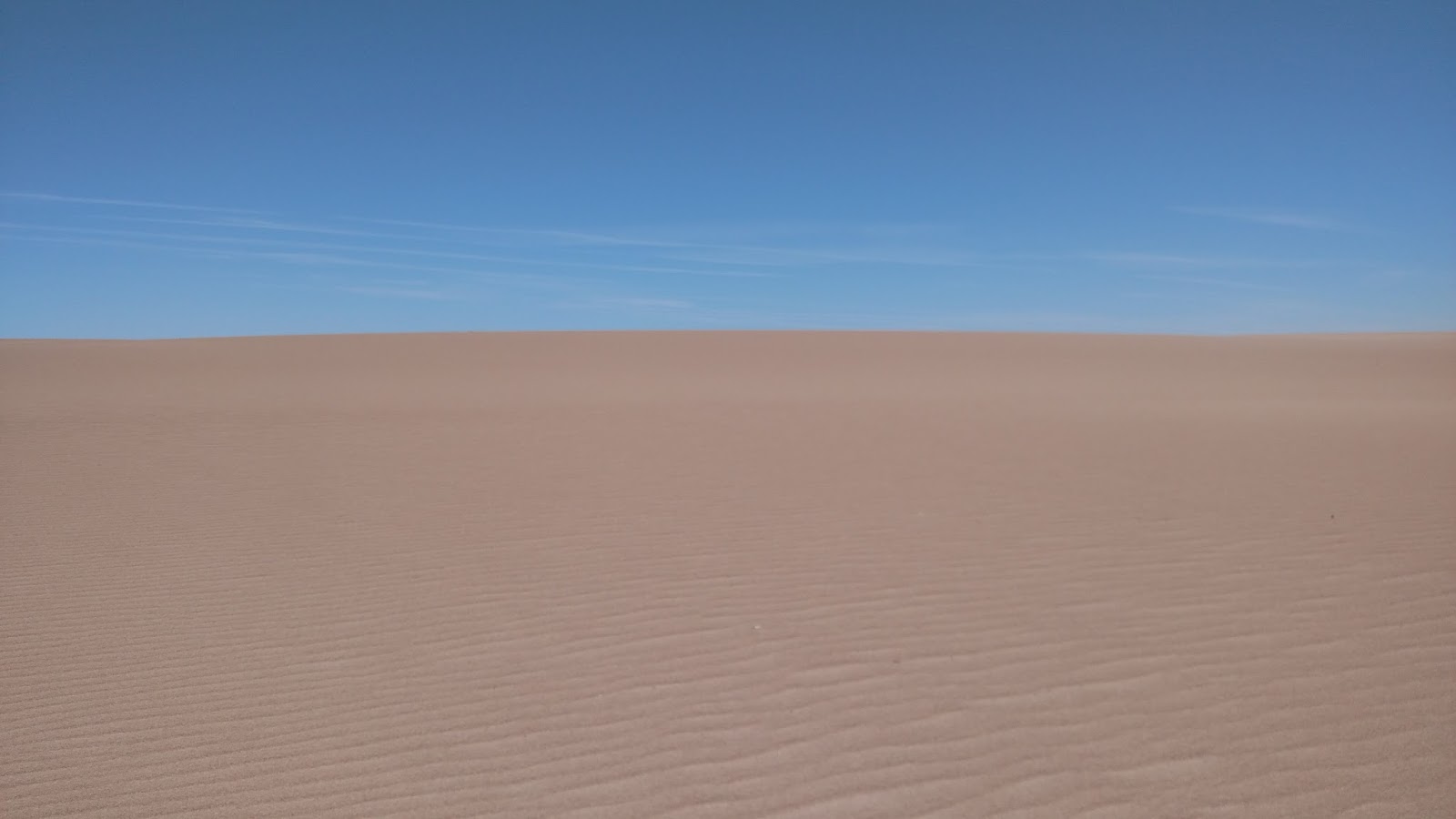 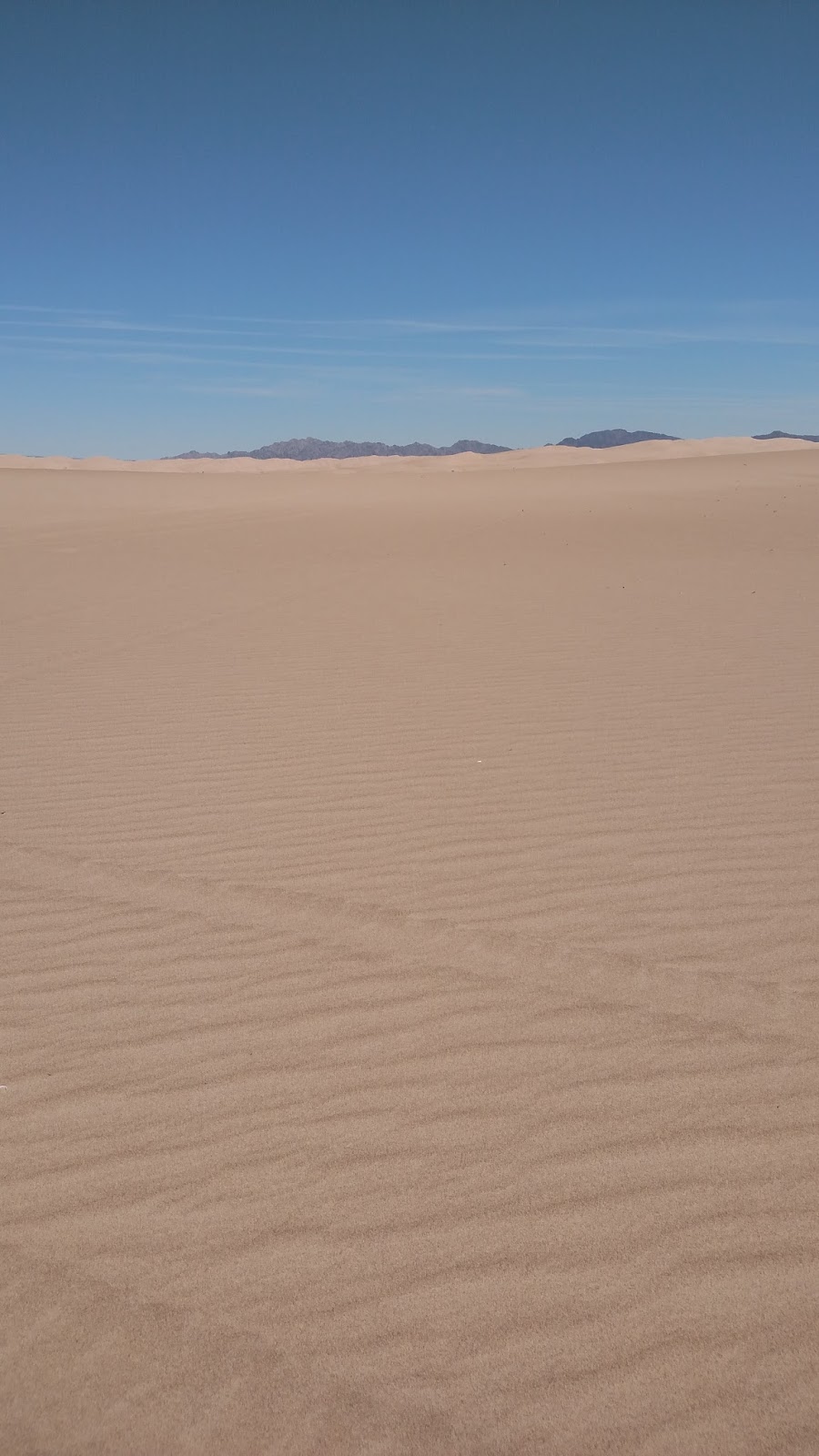 This is from the Gordon Wells exit, #151. The other side is Grays Well #156. (This picture is facing ENE, and those mountains are somewhere in Arizona northeast of Yuma.) You can get to the dunes, which extend north, from 78 just east of Brawley too, about the same drive time from SD. When it's cooler there will be far more ATV's and dirt bikes, other than the preserve north of 78. I should add that when I called BLM in El Centro they were extremely helpful in planning this little excursion (and no I'm not being sarcastic for once.) 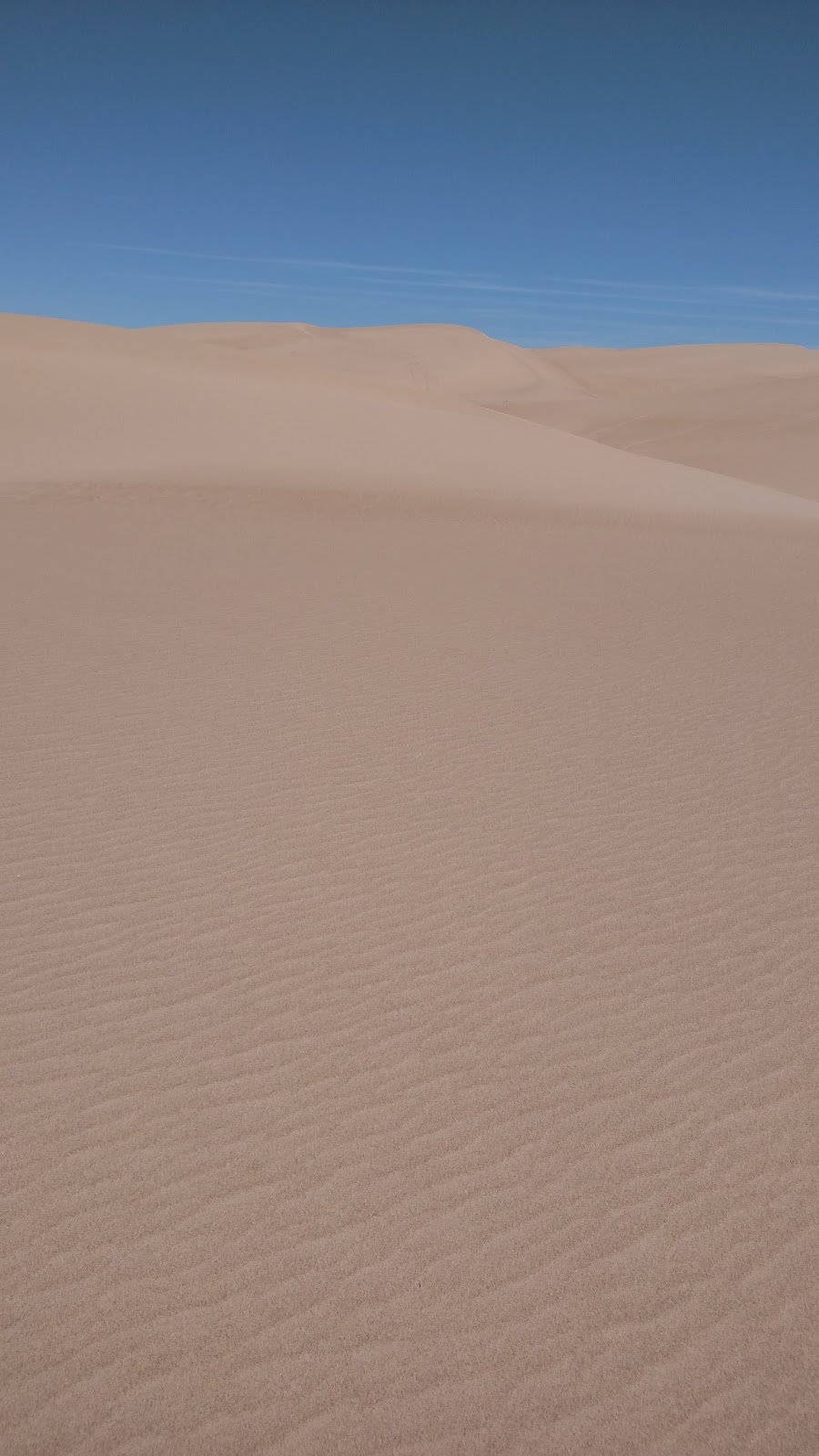 When most people (including me) think of the Sonoran desert they think of saguaros and areas that can actually get a little green from monsoon moisture - not this. But then I remembered that the northern end of Baja's Gulf Coast is very sandy like this, and loaded with saguaros, so even by that definition it still sticks. So whatever. (When I was there I thought this was part of the Mojave. Mojave, Colorado, Sonoran, I can't keep them straight.) 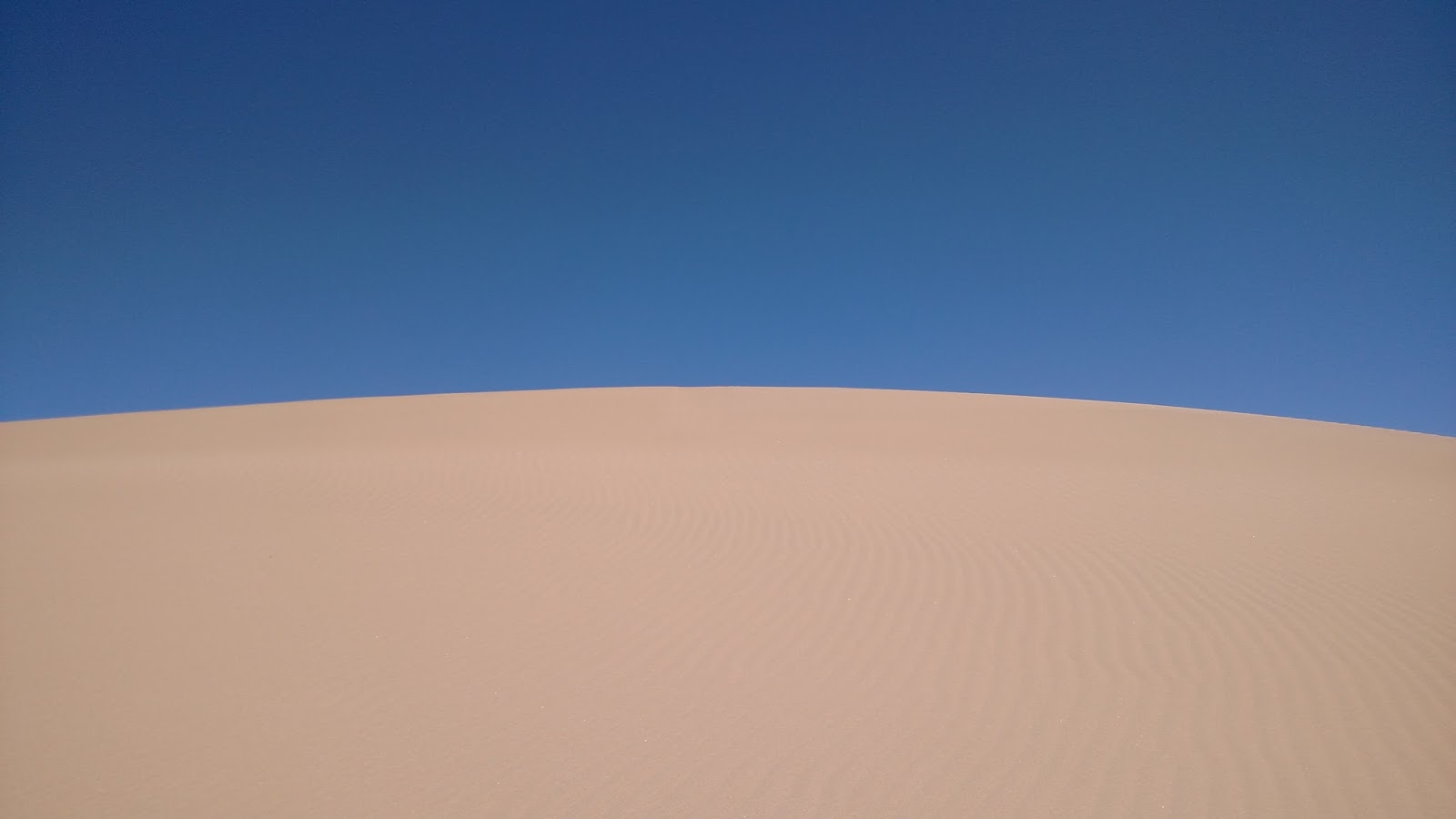 Running down a dune isn't so hard, but otherwise, the annoyingness of running on soft sand for any length of time cannot be overstated, which I had forgotten. I will grudgingly give the Sahara a point in its favor for having firmer footing, but then again I wasn't running on ergs there. On the beach you can either run on the packed hard sand near the water, or leave the beach. When you're in an erg zone, there is neither water, nor leaving the beach. (If you've ever run "the sand ladder" during a certain Alcatraz triathlon in San Francisco, that's not even close to as irritating as this.) Even the high dunes, some around 100', have a sharp edge at the top, which always fascinates me. 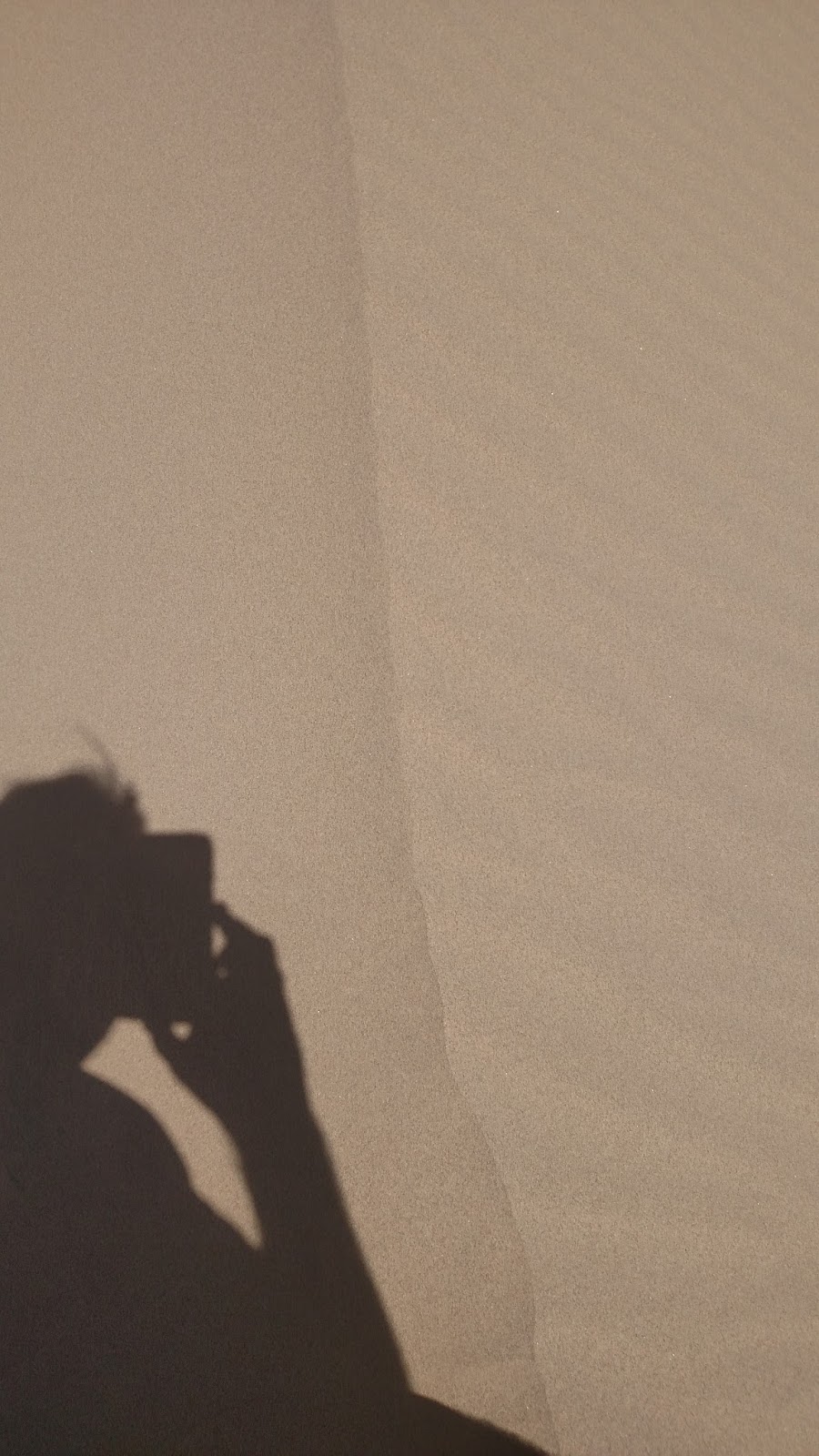 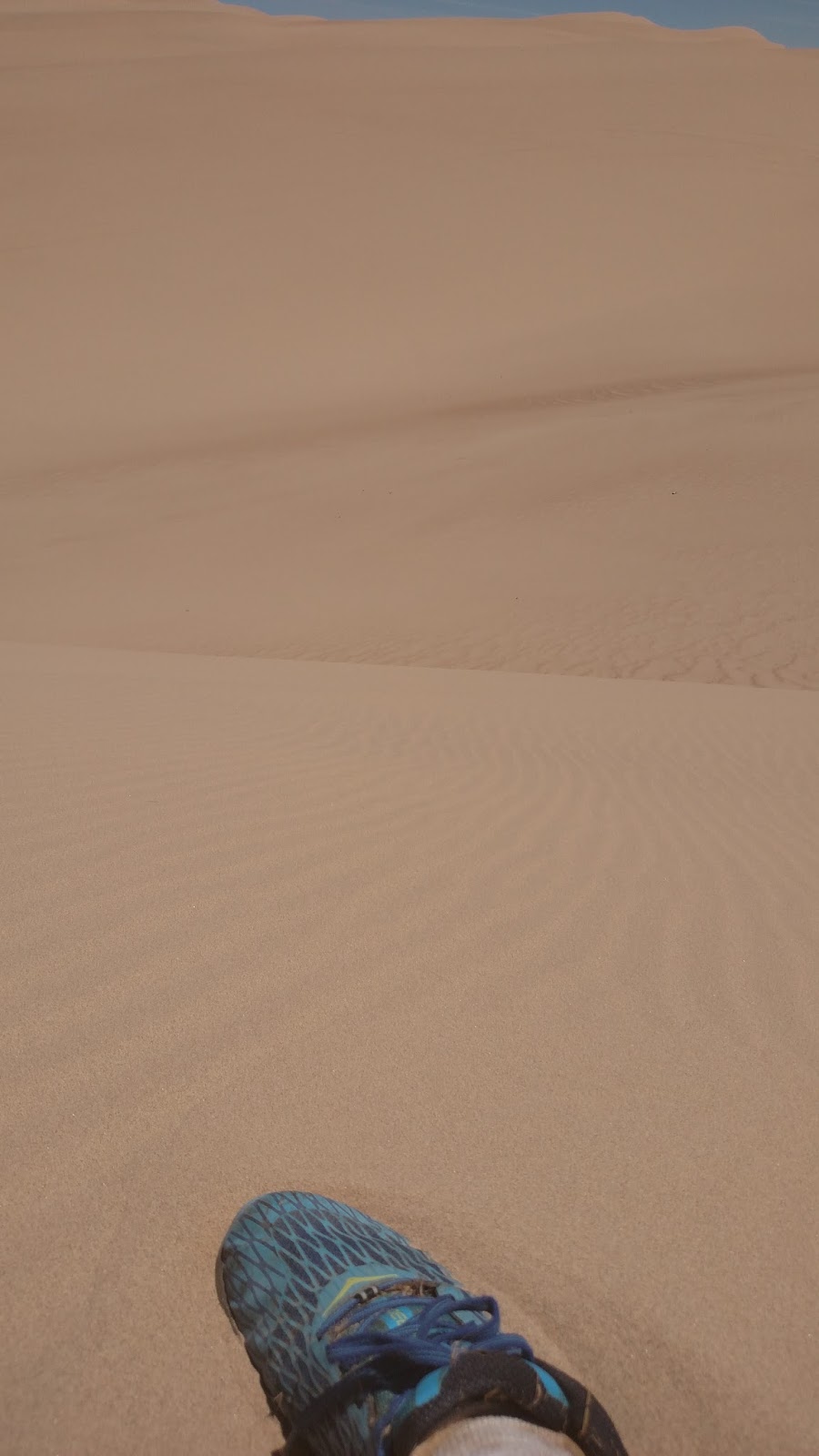 I only saw one person, a very kind dirt bike rider who was kind enough to ride basically from the horizon to see if this goofy black-wearing runner was okay. (Black? Safety first; always wear light clothing.) 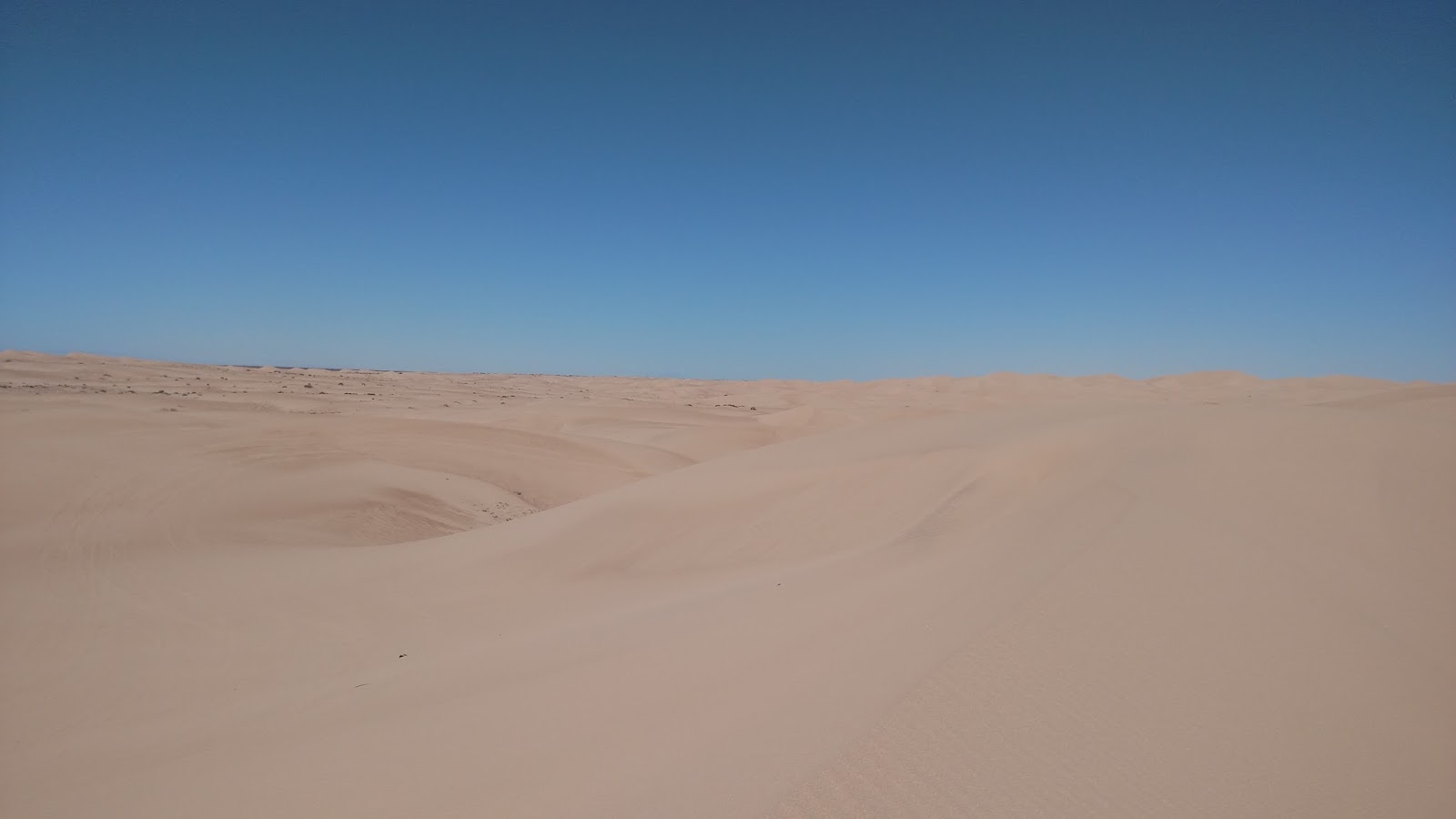 In this area, the border with Mexico is only a few hundred yards south of the 8. Kind of looks like we already have a wall... 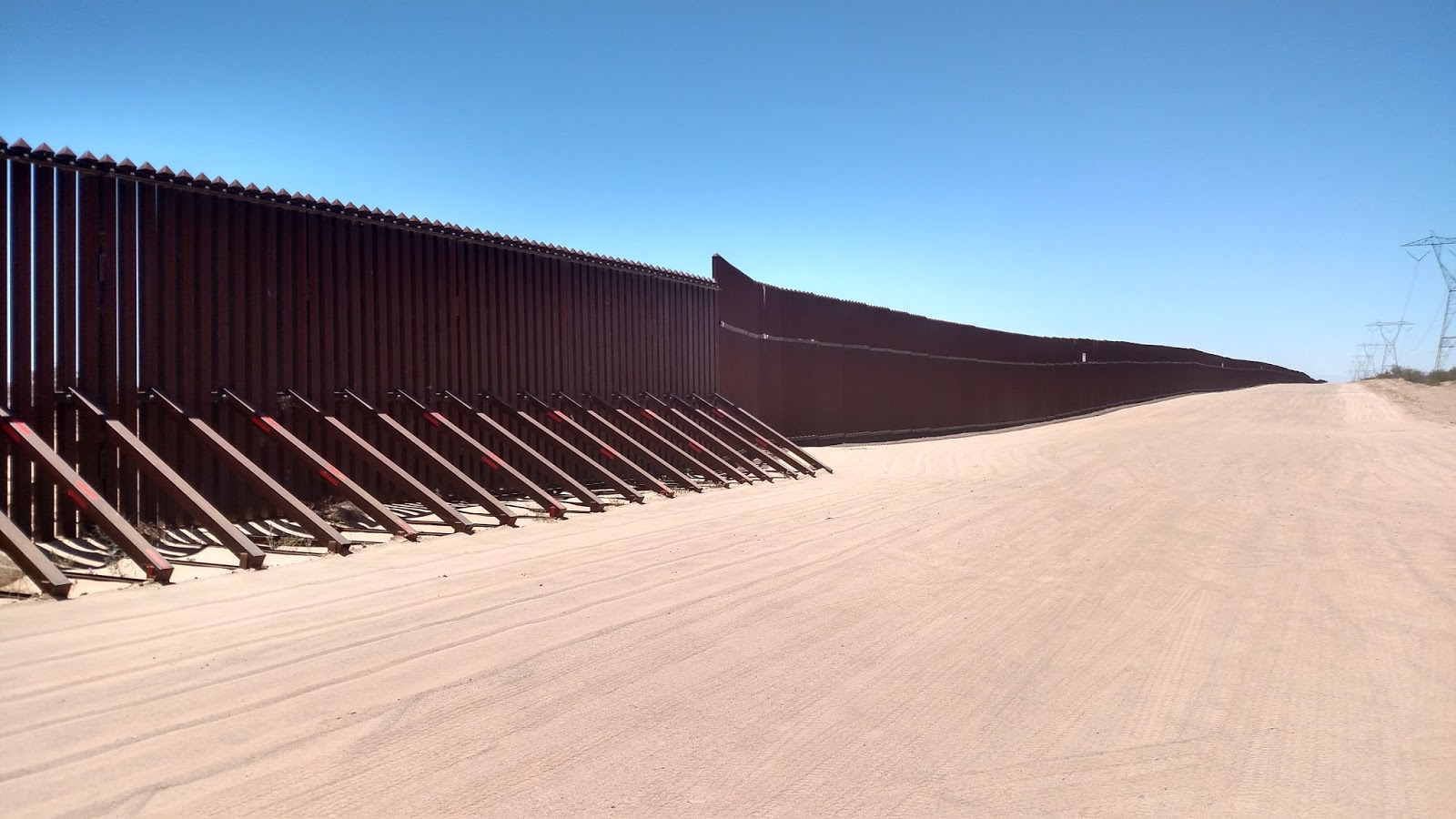 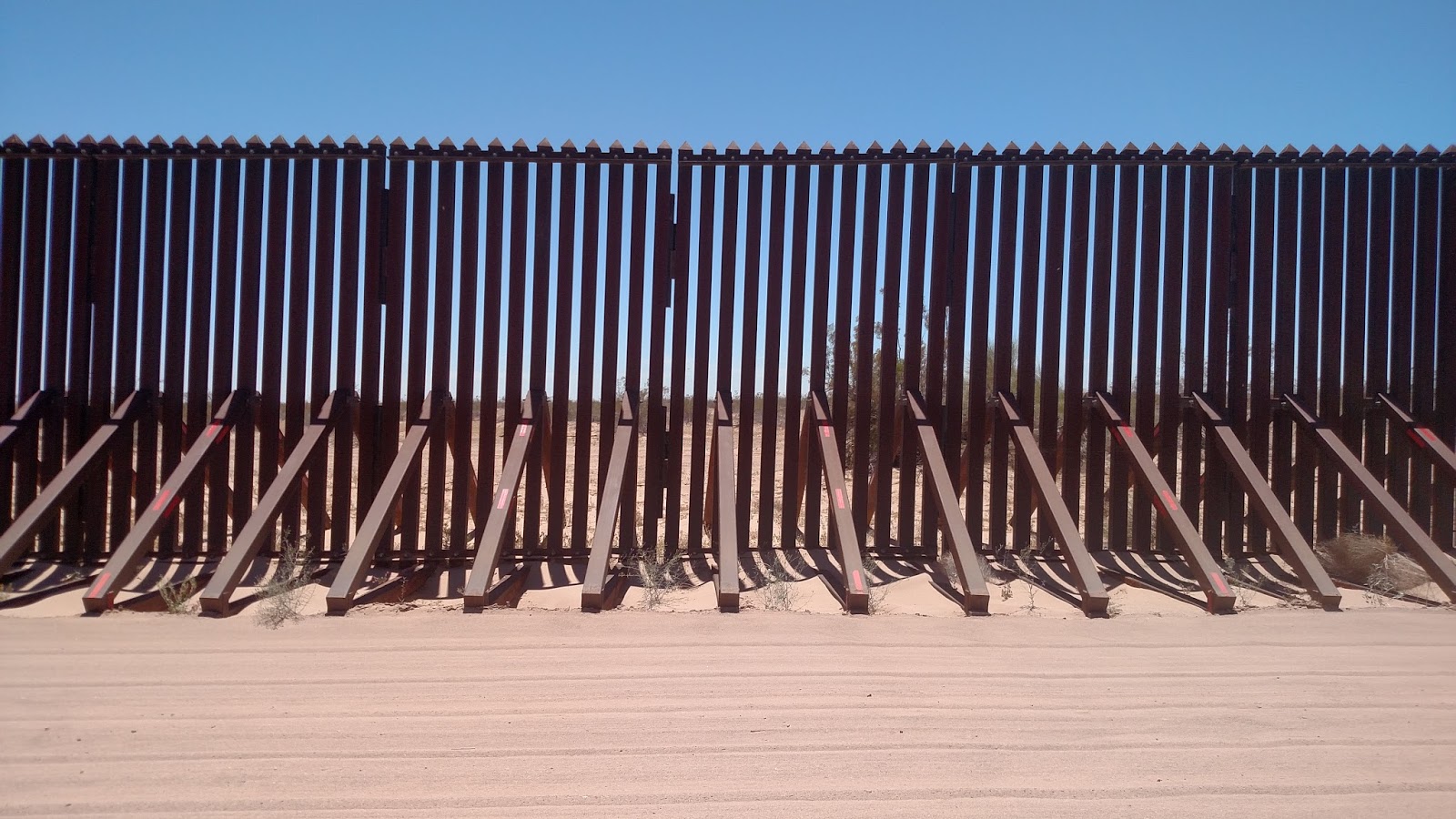 And after you're done being an idiot in the desert, you can go to the beach! Pics are between Torrey Pines Beach and Black's Beach. I hate food photos but I'll post one here, to emphasize the basic truth that I was eating rolled tacos at Cuatro Milpas, and you weren't. 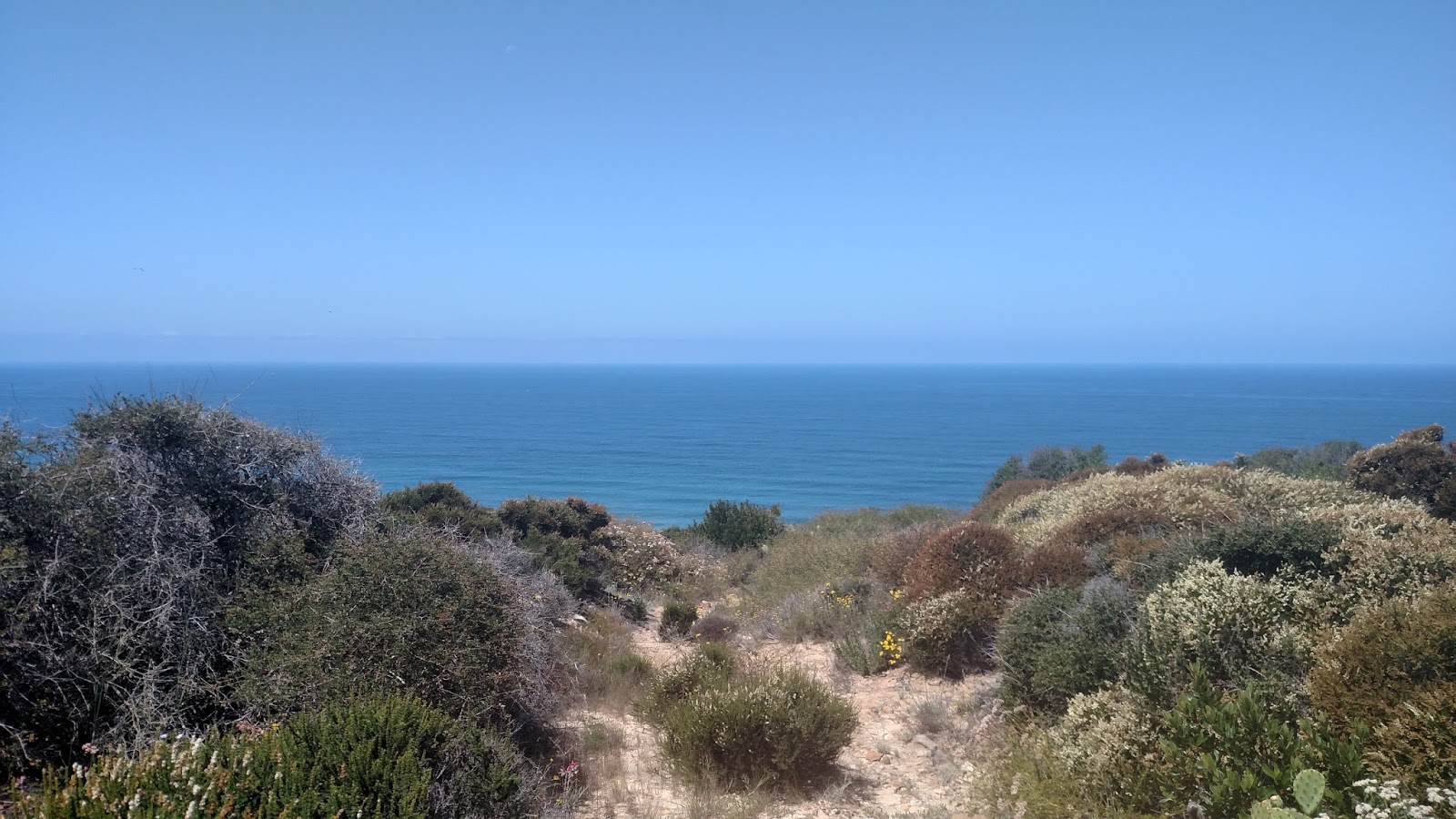 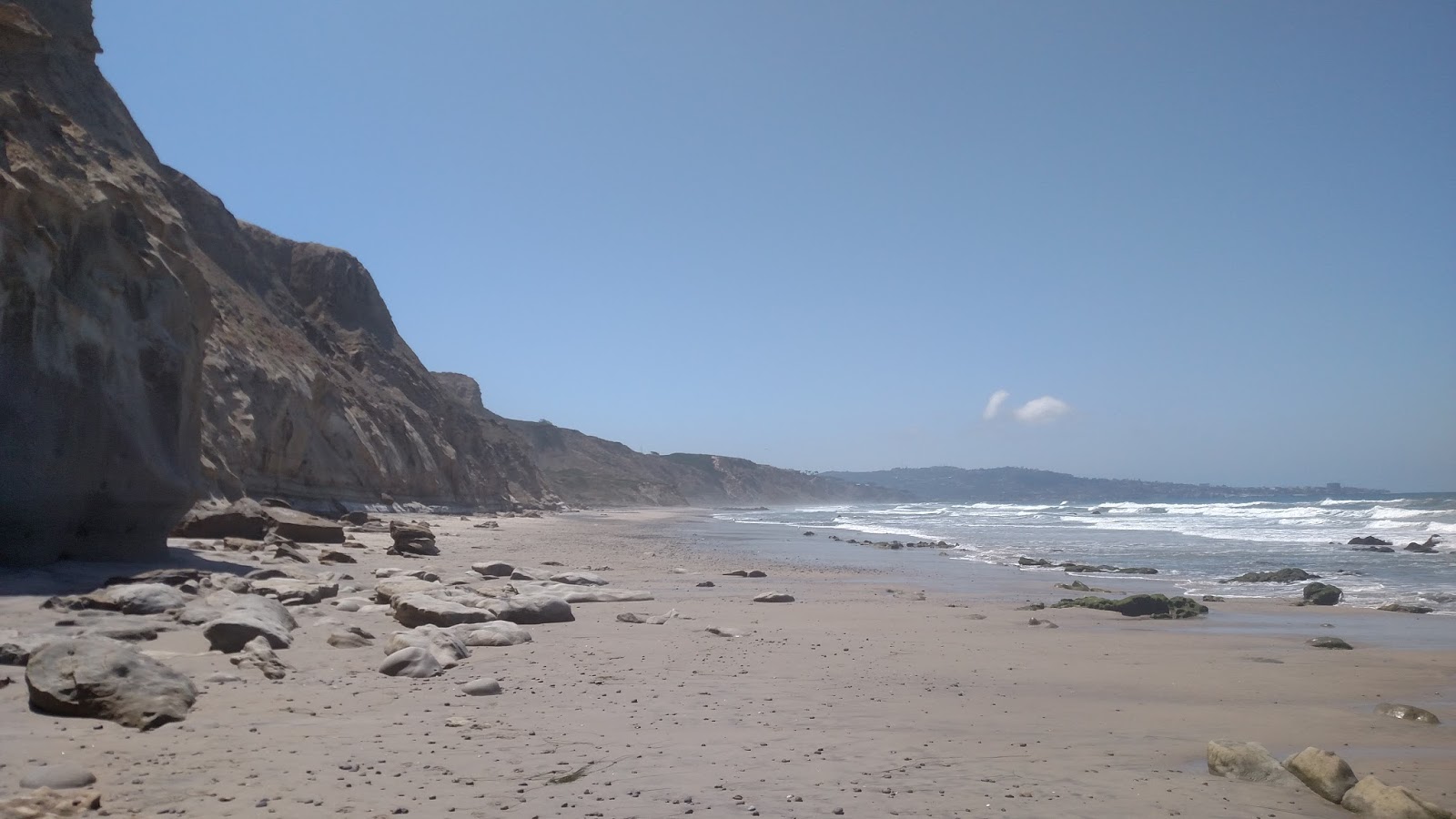 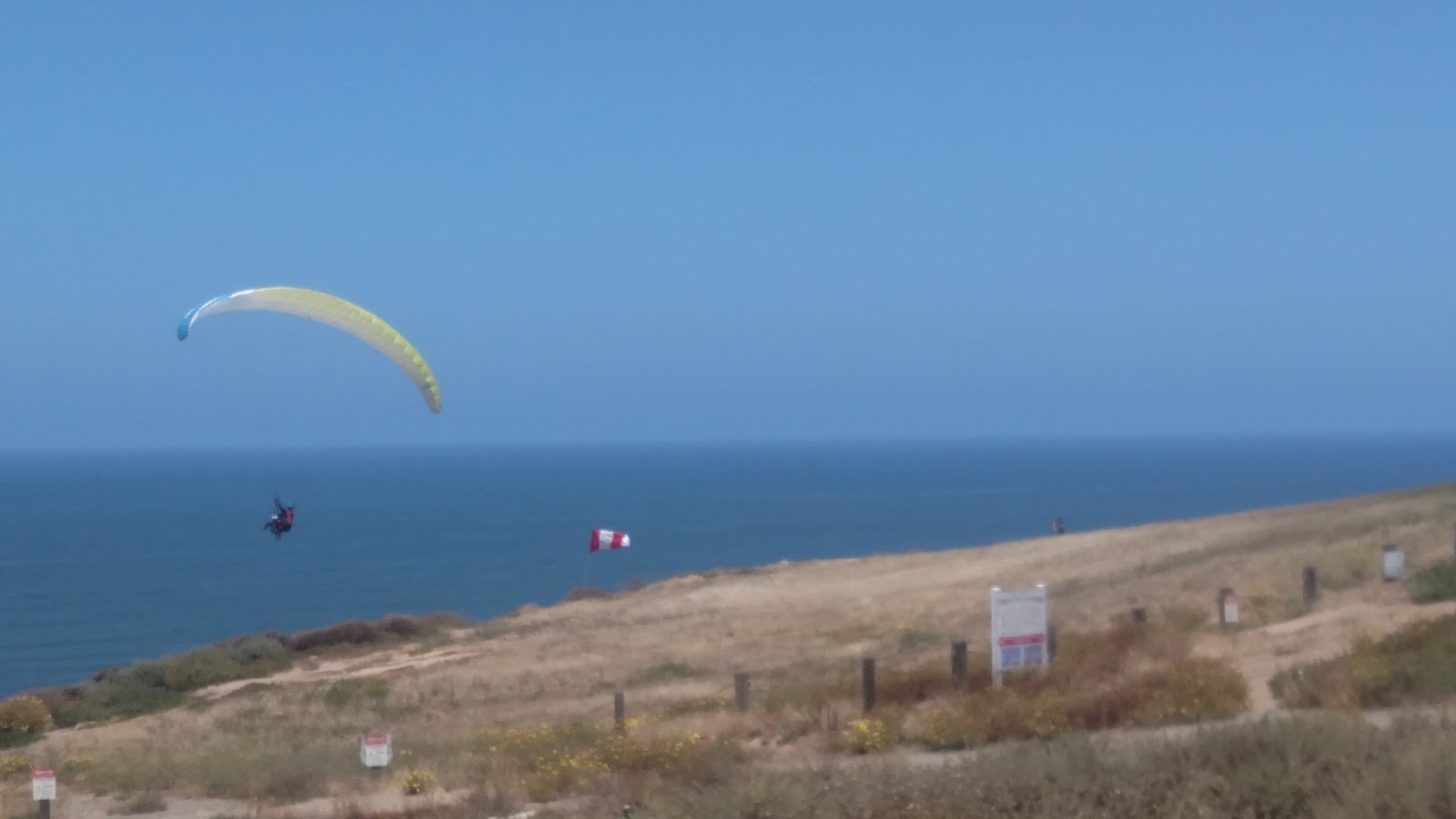 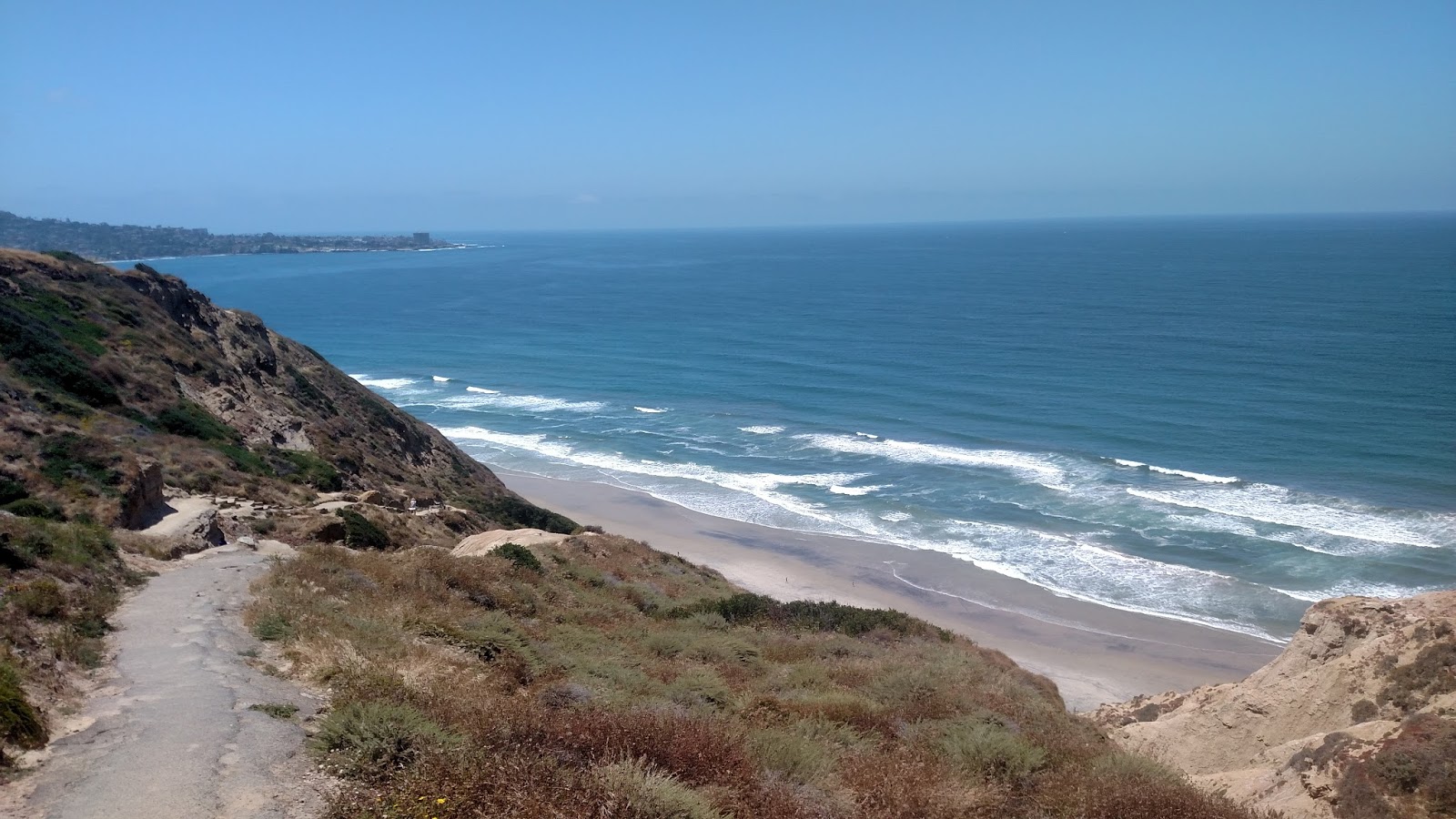 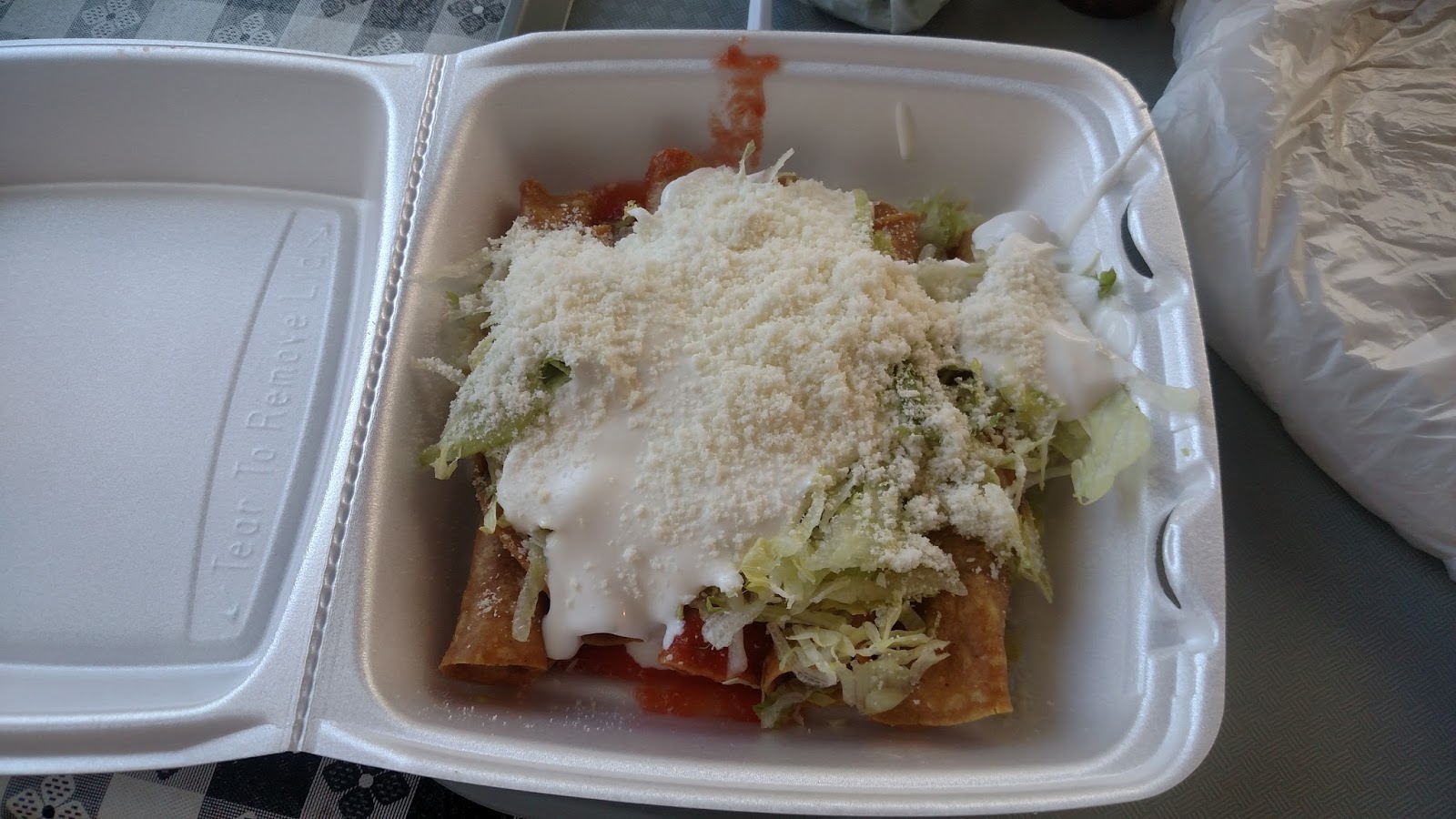 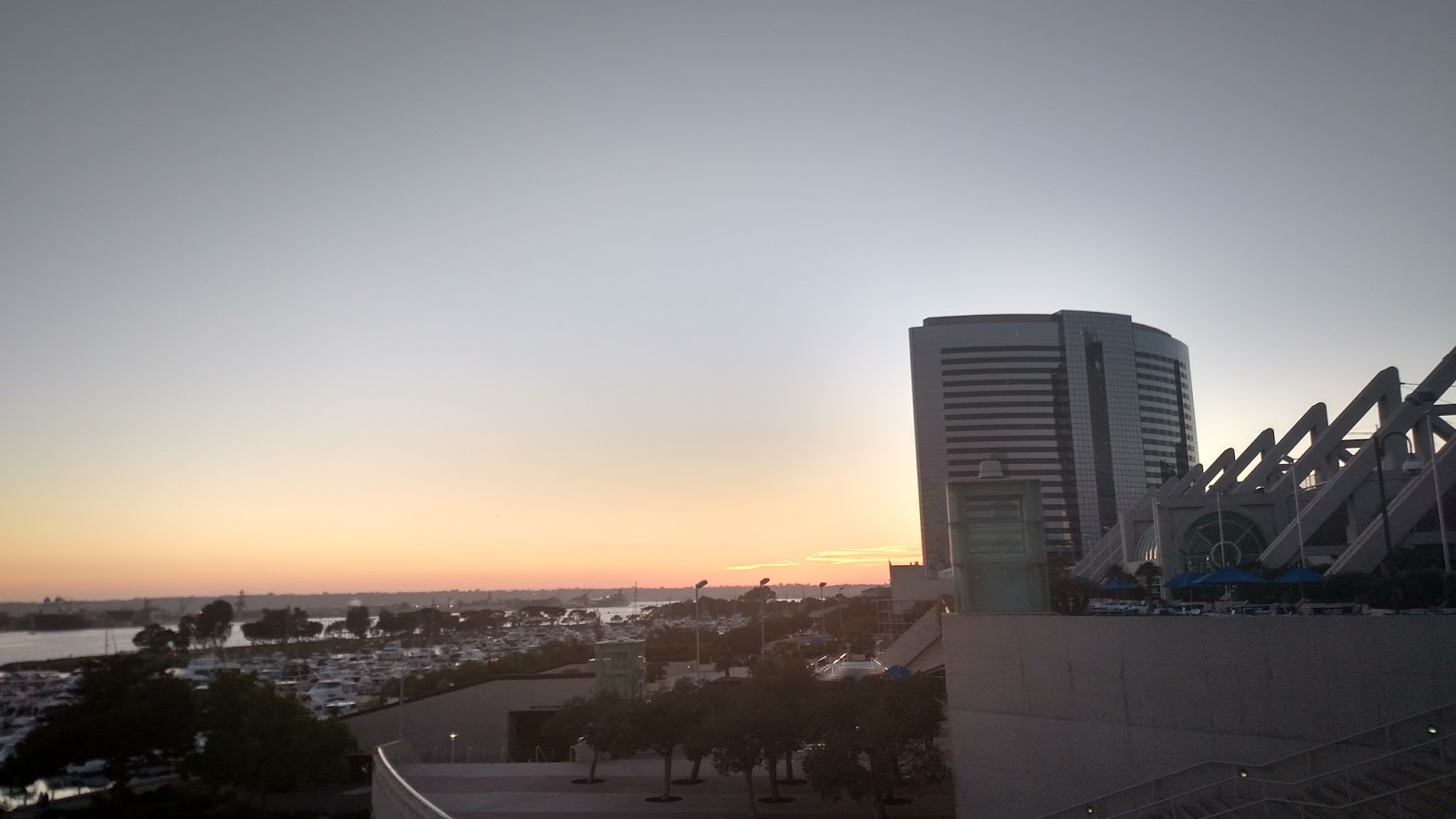 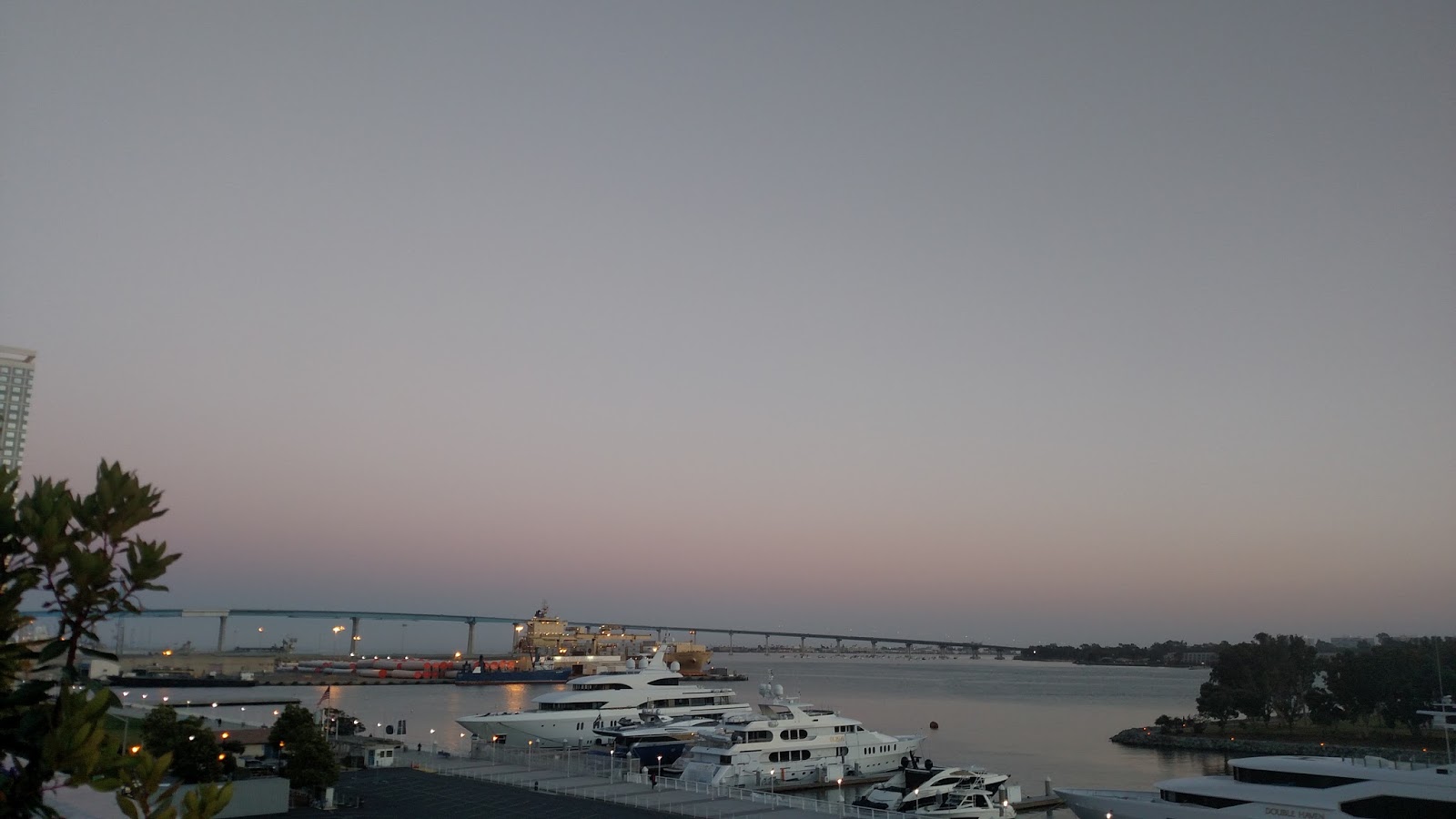 CONCLUSION: the Sonoran Desert is better than the Sahara. Thank you.

A Cozy Village in the Faroes

I've never been but have always been curious, especially because of the exploding whale (really, you should click that, it's neat, especially if you're eating sausage or there are children nearby.) I'm amazed that people have managed to make a living on some of these islands. Yes, there's a town there, at the base of the hill, set back from and above the waterfall. Full slideshow from Outside Magazine. [Added later: someone posted a pic of the same place in the summer, now at bottom.] 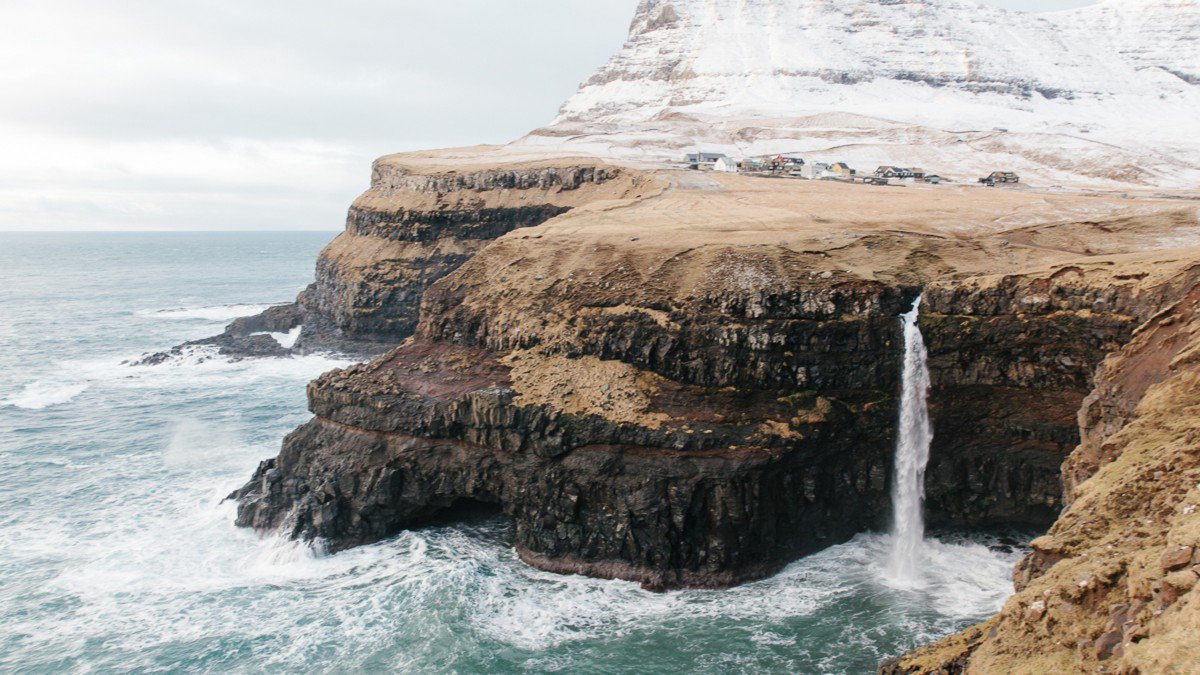 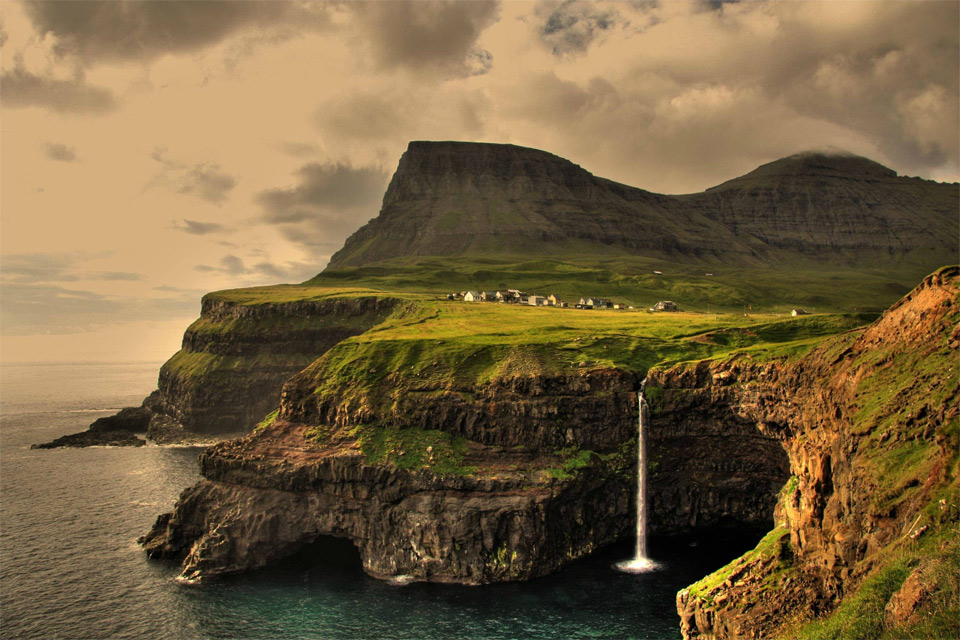 "People Made It Happen"


Q: What's one thing that you wish more people know about [Mt. Tam]?

A: It just wasn't always public; people take these things for granted. In 1900, every bit of Mt. Tamalpais was private. And over the next century, that completely reversed. And it happened due to people who cared and who were passionate and who worked hard. That's the story I'd like people to know: It just didn't happen. People made it happen. And they need to cherish what they've got—and to keep battling to keep it that way.


Good to remember! That's Barry Spitz, author of Mount Tamalpais Trails, interviewed on the Parks Conservancy Web Site. As a side note, something I found oddly comforting: there are few who can claim to know and love that mountain more than him, but regarding his measuring the mileage of all the trails, he described it as "tedious". Too much of anything is boring! 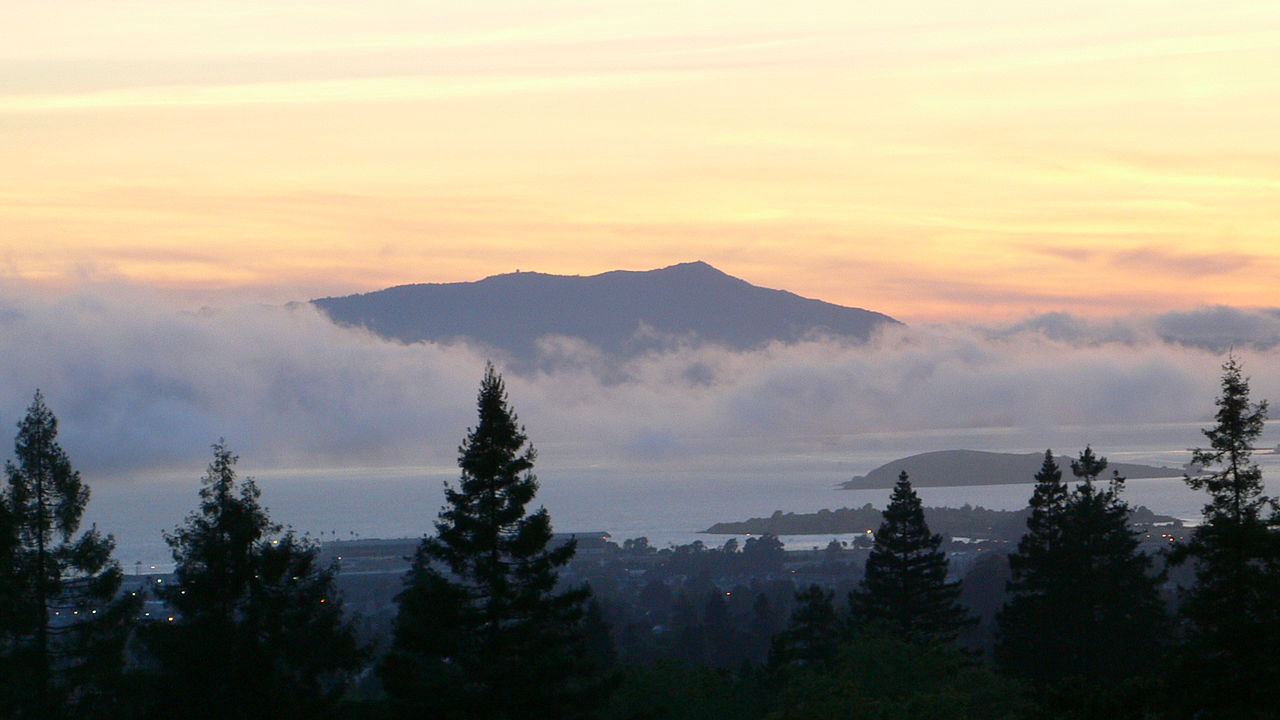