Last weekend I found myself at the OB Fair and met some very nice young ladies from the San Diego River Foundation. They gave me a cool map of the watershed, running all the way from Cleveland National Forest to where the river meets the Pacific between Ocean and Mission Beach! They were so nice I told them I'd give them a plug - so you should check them out - there are lots of trails along the river and they're doing a great job helping to preserve open space.

Excellent! Visit them here. Maybe they'll start complaining about Art Devany in my stead.
Posted by Michael Caton at 6/30/2011 12:36:00 PM No comments: 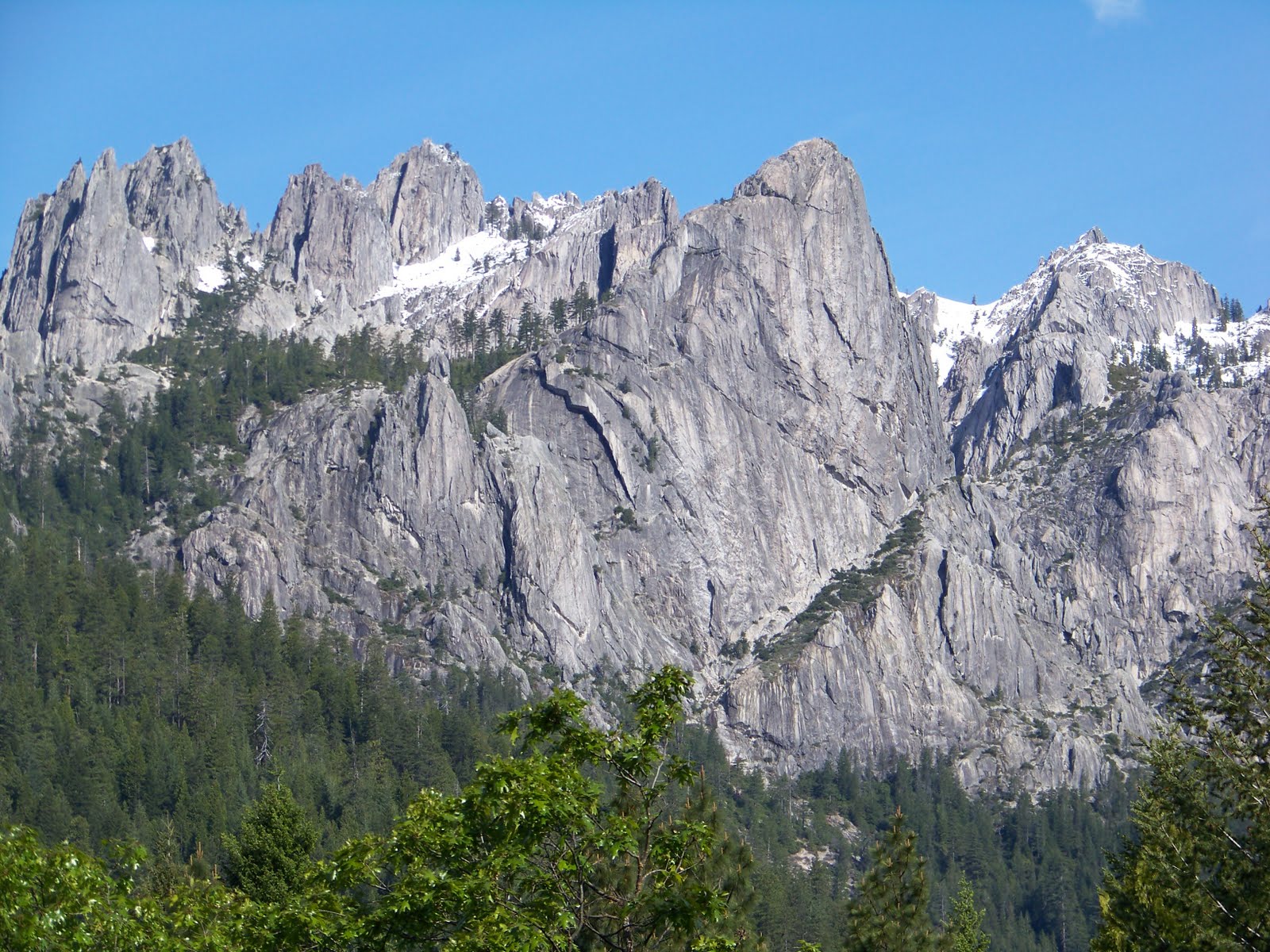 "The Hypocrisy of Lebron James Hatred"

What a great article this is. The Lebron James story has really provided a great window into the psychology of professional sports fans. More really fun, vicious stuff here specifically about Lebron James; more here about how we impose narrative on sports stories (both during the game and after) where there is none.
Posted by Michael Caton at 6/25/2011 12:21:00 AM No comments:

- The seal rope at the beach is being kept down

Yesterday I drove all the way up to Angeles National Forest from San Diego to start a hike from Chantry Flats, my new favorite spot in the whole National Forest, only to be blocked at the top of Santa Anita Avenue by a sign that said ROAD CLOSED. There was a car that had hit a very large tree branch stuck there, and a bunch of kids standing around with the driver; they told me the road was blocked off for brush clearing. Given the nature of the vehicular mishap (the driver was okay), I had to wonder if this was coincidence. I don't know - but it would have been nice to know what was going on. Emergencies happen and sometimes the Forest needs to close roads, but as it was all I knew was that I'd just driven 2.5 hours, to get turned around by an unannounced closure of unknown purpose. Suck! 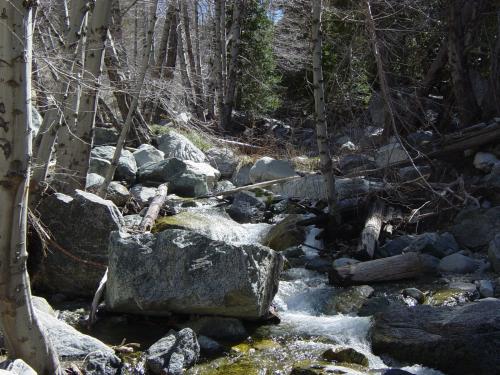 Icehouse Canyon, where I ended up. Still manages to make this NorCal boy homesick. From the Rambles in the Brambles blog.

I ended up hitting over to Icehouse Canyon instead and still had a nice hike, but Angeles NF is starting to seem pretty opaque in its closures (first the confusion and delay in releasing information and maps covering the fire-restricted area, and then this personal snafu.) Dan Simpson, whose SoCal hiking website is an amazing resource, also passed along this link with scheduled closures - if you hike in Angeles, bookmark it to avoid the same irritation.
Posted by Michael Caton at 6/25/2011 12:13:00 AM No comments:

In Petaluma, a group met next to Annadel State Park (one of the parks on the chopping block) and floated the option of a partnership between parks and private non-profits. There are already lots of private organizations operating in parks in California, and if this keeps the parks open (and relatively inexpensive to use) it's the best option anyone has suggested. 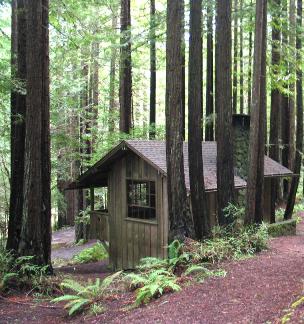 In Hendy Woods State Park, one of the parks slated to be closed.

A point of criticism for the media in general: these articles rarely say what it would mean to "close" the parks. I have a lot of respect for journalists who knock on politicians' doors and ask hard questions, and even saying that they asked but didn't get an answer would be an improvement for most of these articles (there's no discussion of what "closed" means in this one either.)

If you want to write your representatives, I included the text of the letter I sent here. Notably, if you live in northern San Diego, then both your state senator and representative (Christine Kehoe and Nathan Fletcher) are running for mayor of San Diego. Make it clear to them that how they vote on the parks issue will affect whether you vote for them for mayor.
Posted by Michael Caton at 6/11/2011 10:47:00 AM No comments:

Sponsor a Student in Guatemala to Conserve Natural Resources

Want to help save the rainforest AND educate kids? 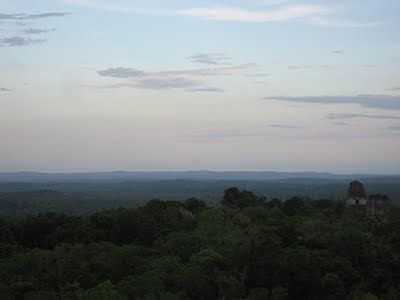 The Peten is the northeastern part of Guatemala, a mostly-flat rainforest that contains many of the famous ancient Mayan city-states, and an amazing amount of biodiversity.

The Volunteer Peten School of Natural Resources desperately needs your help to sponsor students. Volunteer Peten is a growing NGO that is making an obvious, undeniable difference, by giving kids a shot at a real education, improving the economy, and preserving the natural environment of the country. I've seen what they've done and they were even nice enough to let me teach these kids some chemistry, even if it was only 10 minutes-worth. AND sponsoring a student is only $350. Isn't that like a weekend trip in California? A couple days at Disneyland? If you're up for it, instead of donating you can even volunteer yourself! (You can talk to previous volunteers by email too.)

I finally saw one of these critters and yes, I'm very excited about it. I actually keep a list of varmints I haven't yet seen in the wild and this was one of them. Taken about 2pm yesterday on Chiquito Trail in the Trabuco unit of Cleveland National Forest, on the way up about halfway between the lower creek and Chiquito Falls. He was digging a hole right on the side of the trail. He wasn't that shy; once he got into the brush he just stared back at the trail. I briefly considered trying to catch him to get him to squirt blood out of his eyes but it would have been wrong to harass the little dude just to get him to do a trick. 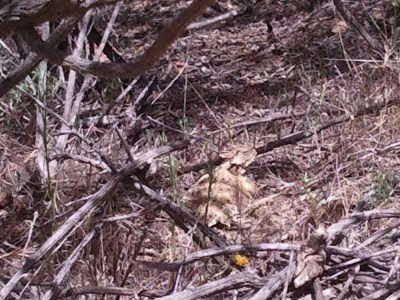 Paleo Workouts: Running and Lifting Outside 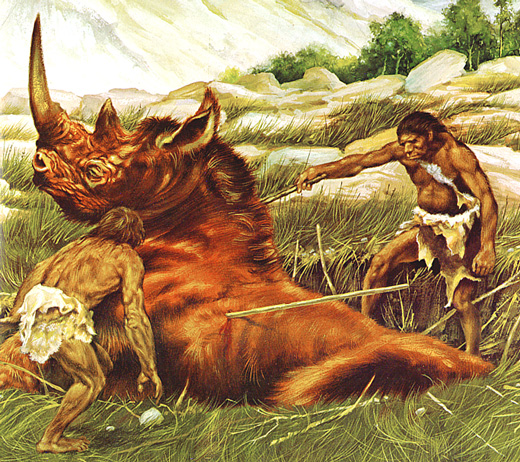 "No no, let's move him this way. I've been neglecting my delts this week."

Move Naturally (MovNat) seems to be kind of a hybrid of middle-distance running and high-impact gym-type workouts. More importantly, it looks fun. I might try this. The idea that
is probably a useful vehicle for thinking about fitness, but it has holes, and people aren't consistent iin the way they think about it. Case in point, the subject of this very article talks about eating paleo but then gets inspired by the Tarahumara of Mexico. News flash: the Tarahumara are about as non-paleo-diet as you can get! They get HUGE portions of their calories from corn.

Still, this is the first time I've been intrigued by a trendy work-out philosophy. Because you can do it outside. And it's fun. And it would also seem to correct the deficiencies decried in lifting-oriented exercise (by endurance types) as well as in endurance exercise (by lifting types).

Previous entries on the paleo/lifting vs running debate:

Do Not Ever Eat Jolokia Peppers

No matter how much people named Garron pressure you, do not ever put these in your mouth. They are bad. For your family, be stronger than I was. Jeff Gordon from Tap Hunter was in evidence and he wisely spared his palate the ravages of uber-capsaicin. You, too, have a long life ahead of you. Don't throw it away so carelessly.

[Added later: Razib Khan is very brave to admit his capsaicin problem. My friend isn't nearly this much of a freak.]

Previously I had dismissed the existence of the "snake path" at Geisel Library on the UCSD campus, despite the insistence of others that it was real. I had gone to the library specifically to look for it. Not finding it, I declared, "The snake does not exist." Reminiscent of Einstein's dismissal of the ether, or Buddha and the Atman.*

This will come to no surprise to any student at UCSD who uses their sense to form a model about the external universe. Apparently this does not include me. I discovered it while running up the trail, and didn't notice anything amiss until I thought to myself "well why are these tiles making this big forking kind of shape? Oh."

Well there's a lesson in how expectations affect the perception of reality! I thought the "snake path" was only a path that looked metaphorically like a snake; I thought in the woods preserved north of the library, that there would be some twisting trail that when viewed just so, would look like a snake, so I squinted out the window trying to force those rough-hewn dirt tracks in the canyon to come together into some kind of a snake-shape. I didn't know that these literal-minded philistines in San Diego meant there is an actual, obvious snake made out of tiles coming up the east side of the hill the library is on. That's B.S. Things should always be metaphorical. So really you can't blame me for missing it.

[Update: he did the half and no one saw anything but his back. 1h2m40s, ahead right from the gun. Congratulations Meb.]

Hometown boy Keflezighi was a silver medalist at the 2004 Olympics, and the first American winner of the NY Marathon in who knows how long. And according to this article in the U-T, the guy can't get a shoe deal? Something's wrong there. I remember how excited I was in 2004 to see an American take the silver. I hope athletic marketers start to realize what an undervalued asset he would be. If you go out to see the start of Rock n' Roll, look for him!