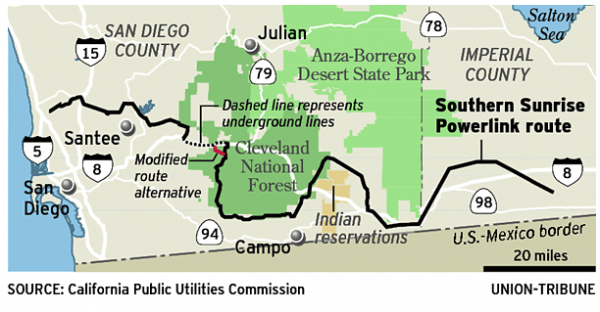 It's a tradeoff: we have a better power grid and a way to get solar energy from Imperial County to San Diego, but at the expense of big powerlines cutting across the backcountry and increased fire danger. They were dedicated today and have been in service since last month.
Posted by Michael Caton at 7/26/2012 07:35:00 PM No comments:

Are We Done Breaking Records?

World records for athletic events over time follow logarithmic curves (see here for the marathon record by decade, and an extrapolation that we'll see our first sub-2 hour marathon in 2038.)  Conversely, Peter Keating at ESPN points out the recent lack of broken records, and argues that just maybe, our top athletes are as good as humans can get.
Posted by Michael Caton at 7/21/2012 08:49:00 AM No comments:

Turns Out the State Parks Department Does Have Some Money

$54 million more than they've been reporting, as it turns out.  Disappointing to say the least, especially for those people and organizations who've been working their tails off to preserve the state's parks.  Further reinforcement that the state of California is not all that serious about maintaining these parks and open spaces, which is one of the main reasons many of us put up with the rest of the problems in California and continue living here.
Posted by Michael Caton at 7/21/2012 08:41:00 AM No comments:

Oh You Ran A Marathon? 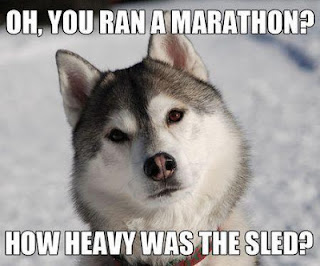 Power Plant Next to University City AND Mission Trails?

Not long ago I posted about a new power plant that's been proposed near University City. The San Diego Planning Commission is voting July 19th on whether to allow a power plant being built next to Mission Trails. Unless there are two different groups, this is likely the same one.

Where the Trees Are 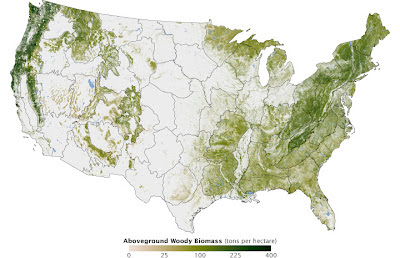 The Run Is Ended, and The Antler, Won

Congrats to Mark, who won the antler after a nice run this morning with various other unsavory characters. The route started in the unnamed canyon near Camino Del Sur off the 56, then going over to McGonigle Canyon Open Space (you know there's a pond back there?), then crossing Del Mar Mesa, coming down to Los Penasquitos at the waterfall, and then through the 5-805 junction and up La Jolla Canyon and back to UTC. As for the antler, I found it on a gnawed-on deer skeleton, on a real backcountry trail run with even more distasteful types up in the Bay Area in EBMUD and Las Trampas. Future ideas for these same miscreants to discuss:

- The TriCanyon Crown: from Fiesta Island, up through Tecolote, down into Marian Bear and back to UTC in Rose Canyon. (See, I wasn't kidding.) This might be fun to invite more and more people along and make an annual deal, to get more people interested in preserving those canyons. Rose in particular has now survived four attempts to erode its status by building roads across or new trains through it.

- Sycamore Canyon to Santee and then back to San Diego on the 52. End in UTC.

- The La Jolla Half TRAIL Marathon. Stay in canyons, including Crest and that little disconnected piece of Torrey Pines in Del Mar. End in UTC.


Once winter rolls around:

- Anza Borrego to the Salton Sea, in the washes.

- A dune crossing. You know those sand dunes you see north of the 8 not far west of Yuma? Run from 8 to 78 across those bad boys. But that's 22 miles of utter wastes so that might be too stupid even for me.


Click here to see this idiocy on a larger scale

The San Diego Awesome Relay - Perhaps the most harebrained scheme rattling in my head is to do an informal relay run of the whole coast of SD county. Get 8 people. Split into two teams of four each (so you can fit in a regular car). Each person does 3 legs of 6-7 miles each (76 mile total route, 19 miles per person). Of course we would use it to raise awareness for something, in order to justify adults behaving in this manner. Beer waiting at the border. You start at 9 in the morning, you're done by 8pm easily.

How to Figure Out Where You Are - IN TIME

While investigating reports of strange gases in an abandoned coal mine in Pennsylvania, you fall into a kind of suspended animation for 492 years, waking to find America under the iron heel of the Air Lords of Han. While chasing down an armed perp (again in Pennsylvania), you’re accidentally swept up into someone’s sideways-in-time vehicle and land in a Keystone State full of pagan Aryans in desperate need of a new source of gunpowder.


These two PA examples are from a post about the dangers of suddenly traveling through time and refer (if my science fiction remains strong) to the original Flash Gordon, and hell if I know.

But I think a lot of us have played this game:  if we suddenly found ourselves in a strange place, how could we figure out where we are?  I usually expressed mine in terms of the old Prisoner TV show.  I often thought that you could get a pretty good approximation of latitude by observing the weather, looking at stars, and building a sun dial, though of course you'd have to do it surrepetitiously, and have uninterrupted consciousness for 6 months (if they drug you for a month at a time without telling you, that would screw things up).  And beyond that, you could even make a pretty strong guess at longitude - I'm at 51 N?  Okay, I'm obviously on an island so I'm not in Canada or Russia, I must be somewhere in the North Atlantic.

Yes it's a weird example, but it's generally useful for outdoors types to have an array of techniques to figure out where we are.  And let's be honest:  I've thought about weirder things.