If you spend any time on trails around here you'll recognize a lot of the plants and micro-ecosystems but it's nice to know what the stuff is called. (Who knew that riparian leaf detritus bed material was called "duff"?) If you think this is pretty cool stuff to be helping out with, here are some volunteer opportunities.

I know I'm not the only one with this disease: running on the same trails becomes less inspiring. Yes, the canyon behind your house is nice, but it's still the canyon behind your house; you wish you could get out and explore more, but there are only so many within an hour drive of where you live. And it gets boring. And the beach gets boring. And the mountains get boring.

But in the last year, something has happened. I've noticed new trails branching off from places I've been running for a few years now. Like Biltmore in Marian Bear? Never noticed that damn thing, or at least realized it was an official trail that didn't dead-end. I must've run by it a hundred times. Or all those semi-official-looking trails on the north side of Penasquitos.

And the trails I already knew, I appreciate more. Some days, I think the mustard growing on the hillside actually looks brighter, the sky looks bluer, the May Gray clouds seem more textured. Possibly because after my first year of clinical training in the hospitals, my already more-acute-than-average sense of mortality has been further sharpened, and I know that there will certainly be a last time I run on each of these trails. On any trail. I don't find that depressing. Serious, sincere perhaps, but not depressing. Uplifting actually. Inspiring. You run on the dirt, until you are dirt. One day, you most certainly will be dirt again.

I used to hesitate to post this kind of thing here but decided in the end that this is more interesting for me to write (and hopefully more interesting for you to read) than one more person documenting their workouts and checking off races. If that's your thing, that's fine too. But the reason I run, and run trails, is for experience, and that's what I want to share.
Posted by Michael Caton at 5/30/2013 10:56:00 PM No comments:

Who Among Us Would Not Say The Same

Cross-posted from my economics and social science blog.

One of the worst things you can say about Johnson is that he's a little too honest sometimes. Another is that he always seemed to want to be doing something other than campaigning. On Jan. 29, 2012, for instance, Johnson, Newt Gingrich, and Mitt Romney were all working crowds in Florida. On Jan. 28, Gingrich and Romney were working crowds in Florida, and Johnson was hiking in Taos, New Mexico. Can't say as I blame him, but the act of running for president does require a delusional belief in one's own significance that Johnson doesn't seem to hold.

...he does [say] that reaching election day last year "was kind of like being let out of prison."

It's sobering to think that Teddy Roosevelt was able to go camping in Yosemite with John Muir, while he was in office - but if someone is that much of a normal, whole human being today, their chances of getting elected are probably close to zero.
Posted by Michael Caton at 5/30/2013 06:38:00 PM No comments:

From a friend's friend's backyard in Cupertino.

If ever you doubt the ability of dedicated trail runners to make a difference in protecting the land, look no further than the Big Horn Trail Run in Wyoming: "These runs were initially started by local trail runners interested in preserving and protecting the Dry Fork and Little Bighorn River Canyons from a planned pump storage hydroelectric project and other development. We desired to increase public awareness of the natural beauty, rugged terrain, and unique geology of the Bighorn Mountains and Dry Fork and Little Bighorn River drainage in particular so that informed decisions could be made regarding management of these resources. Through extensive public input, the planned pump storage hydroelectric project has been placed on hold and probably is dead; but the area remains potentially threatened in the future by other possible development."

My own experience with these mountains is in literally stumbling across them during a road trip and they're every bit as awesome as the picture below suggests. If you want a once-in-a-lifetime experience, check this race out. (It doesn't hurt that the rest of Wyoming ain't half bad either.) 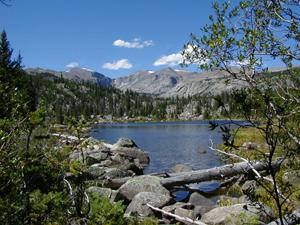 My latest obsession. This is Pictured Rocks National Lakeshore in Michigan. Is this what you picture when someone says "Michigan"? Seriously, look at this place.

Art in the Pines, Torrey Pines, May 4-5th

Art in the Pines is a benefit for educational activities at Torrey Pines State Reserve, taking place this Saturday and Sunday May 4-5. More information here. 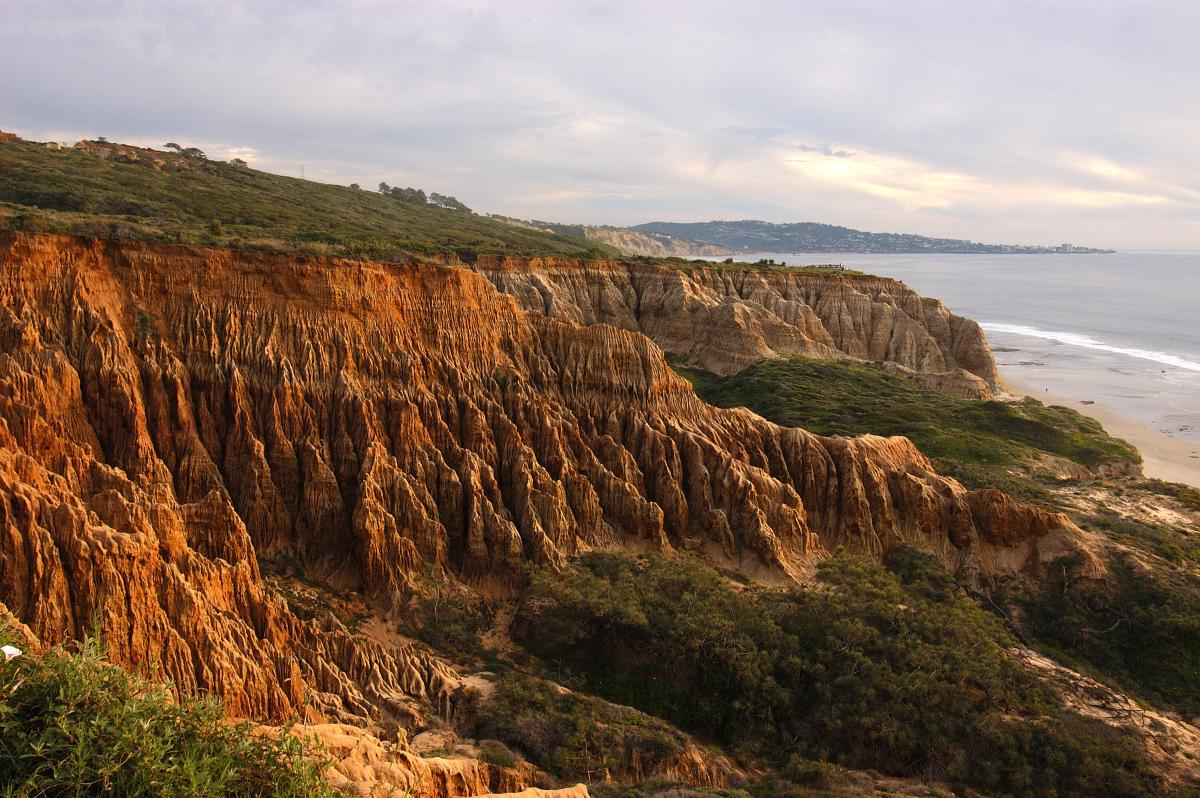 The Rattlesnakes Are Out

Multiple bites of people and pets in San Diego County these last few weeks. I haven't seen one yet this year but a lot of runners and traily types I know have. Be careful!

Of note, the Fire Chief in the article repeats a kind of urban myth about snakes, which is that baby snakes inject more venom than adults. There's really no evidence for this, just a lot of people repeating it without proof. And the bottom line anyway is how it affects your decision-making - you don't want to get bitten by a rattlesnake, young, old, teenager, in mild-life crisis, period.

So do your best to avoid them, and know what to do if you or someone around you does get bitten: stay calm (don't panic or run), call 911, and get yourself to a hospital. No sucking out the poison or tourniquets! (More here.)

Seen one of these? Put it on the San Diego Rattlesnake Encounter Map (always on the right side of the screen on this blog, or click here). Help build the database!
Posted by Michael Caton at 5/01/2013 05:59:00 PM No comments: