We Have a Better Idea Why St. Helens is Off-Trend, Relative to Other Cascades

A new study (Bedrosian et al 2018, in Nature Geoscience) maps the Earth's crust in the American Pacific Northwest, showing why Mt. St. Helens is so far west compared to the other Cascades. Bottom line, kilometers down, there's a large mass of older igneous rock blocking magma, so it has to move west before it comes to the surface. 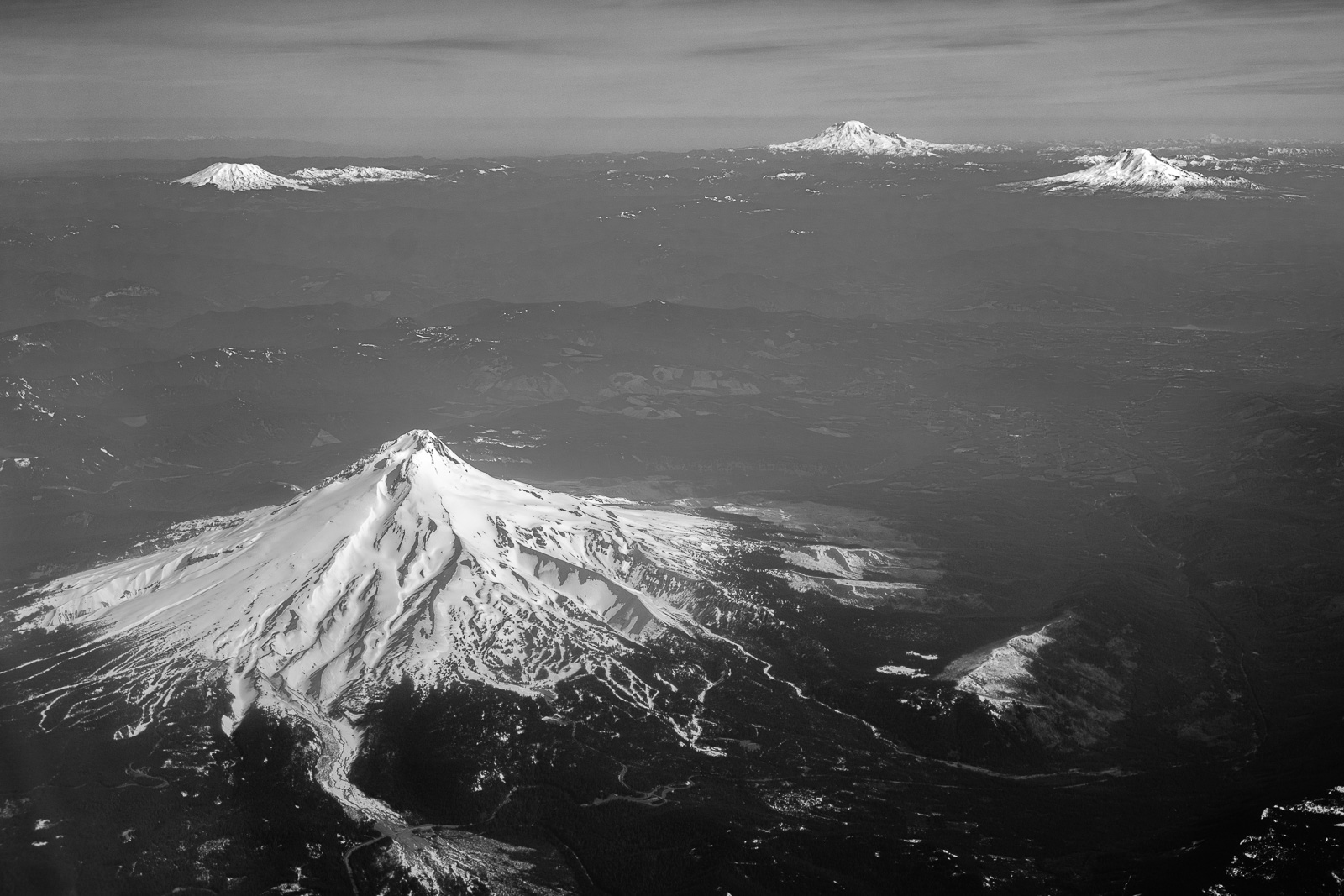 Above: Hood, Adams, St. Helens ad Rainier in one picture. Obviously there's no straight line that connects the four. From Reddit.

I've long been obsessed with the Sutter Buttes for similar reasons, i.e. their isolation from other Cascades. The Buttes are the southernmost Cascade, isolated in California's Central Valley north of Sacramento, and part of the argument for why they are NOT Cascades (for those who hold such a view) is that they're off-trend. I expect this technique could tell us WHY they're off-trend, and why the Buttes came up as a ring of small volcanoes, rather than a shield or a single peak.
Posted by Michael Caton at 9/15/2018 08:16:00 PM