The Longer the Race, the Weirder the Racers' Physiology, and the Less You Can Generalize From Them

A study by Saugy et al on PLoS ONE makes (or implies) the claim that super-long ultras (as in, 200 miles) don't damage muscle as much as just "regular" ultras of 100 miles.[1] The data for this paper comes from 25 runners (9 completing) the 2011 Tor des Géants (TdG) in the Italian Alps. (Video of that race here). To be sure, it's a cool paper, and I admire them not only for conceiving and executing these studies, but also for getting anyone to put up with their experiment during the race! They do a number of measures on the nerves and muscles of runners before and after the race, and compare against a control group of people who are merely sleep-deprived; this way they can get an idea to what extent the wear-and-tear of super-long ultras is related to sleep deprivation. When races get to be this stupid-long (in space and time), part of the endurance is the lost sleep.

Here's the part that the press picked up: in addition to comparing racers to sleep-deprived controls, the paper also compares the results from one race to another - specifically, to the shorter Ultra Trail du Mont Blanc of 2009,[2] which is "only" 100 miles, with 40% of the elevation change of the TdG. Counter-intuitively, runners in the shorter race showed more fatigue and inflammation than in the longer race. Interesting! The authors go on to discuss reasons why this might be, mainly that the pace in a longer race is slower, which is less punishing. Specifically, the pace in the longer race here was 15% slower, and some of the wear-and-tear parameters were 50% or more lower!

That does make sense, but it raises another interesting question they don't address about inter-individual exercise response differences - which I think is more likely to be relevant here than in most experiments. We can't be sure the difference is because of any difference in the race experiences themselves, because the racERS are different too. The longer the event, the more systematically different the racers are from racers in shorter events. Not only will people train differently; more importantly, in these groups of racers at the margins of human endurance, you are certainly enriching for genetic variants that allow this kind of performance and which are likely to affect the response to this kind of stress. You're out at the very end of a long tail, many standard deviations away from the mean. The harder the race, the more you're enriching. Basically, they're a bunch of mutants! Consequently, the clearest support for this theory would require that they sample the same runners. This would be hard to pull off, but it might make a difference. 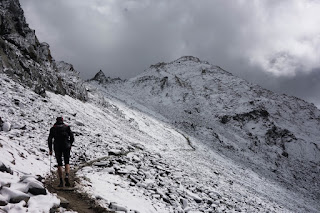 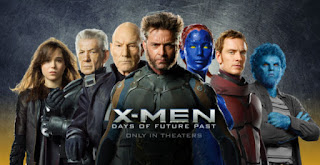 To my knowledge this has not been studied, but here's an experiment that would test it. Take a group of people who ran a 26-mile road marathon, and another group who have run a mountainous 100-mile ultra. Train them equally, and control for pace so you expect them all to finish in around the same time. My prediction is that even with the same pace and distance and training, the 100 milers would have less wear-and-tear than the marathoners. Because the 100-milers are further out on the tail of the genetic distribution. On the other hand, if the wear-and-tear is the same, then Saugy et al were right not to worry about it. (Part of the improvement in athletic records may be because of new mutations and/or a more efficient sorting mechanism to find these athletes, discussed here in the prediction of 2038 for the first sub-2-hour marathon.)

Granted, the difference between people who run 200 miles versus 300 miles is probably not as great as the difference between people who road marathons and 100-milers. And, it was probably hard enough getting this data for any runners, let alone the same runners in multiple events - and try getting a budget to train people and an ethics board to approve your experimental endurance race. But interesting study and look forward to further results from this crew.